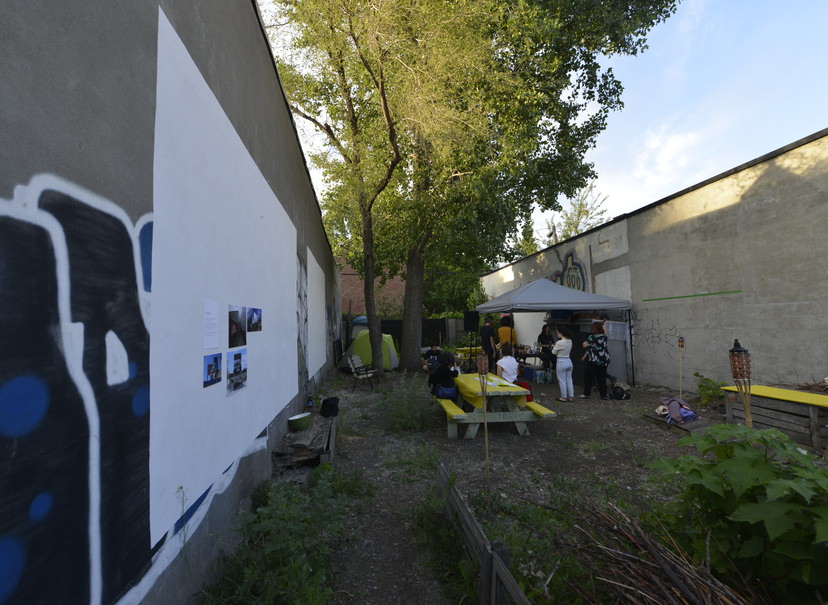 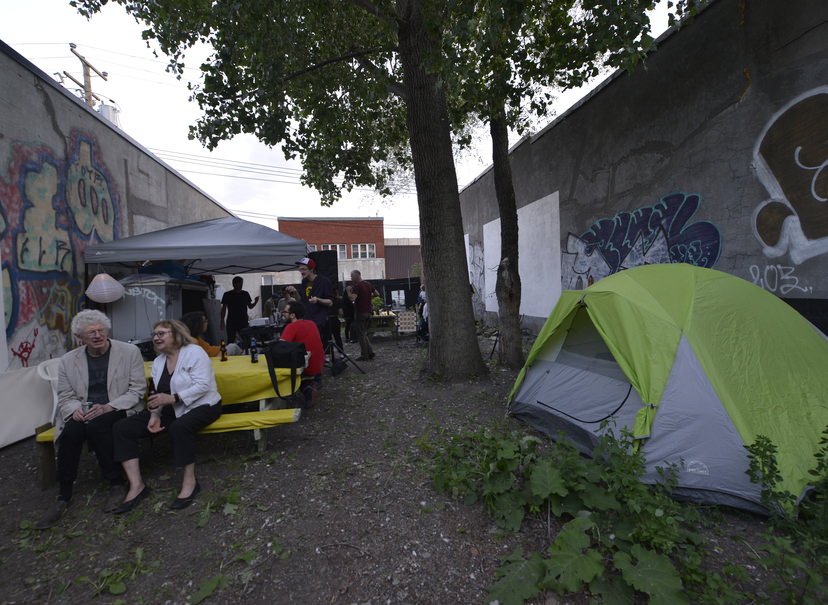 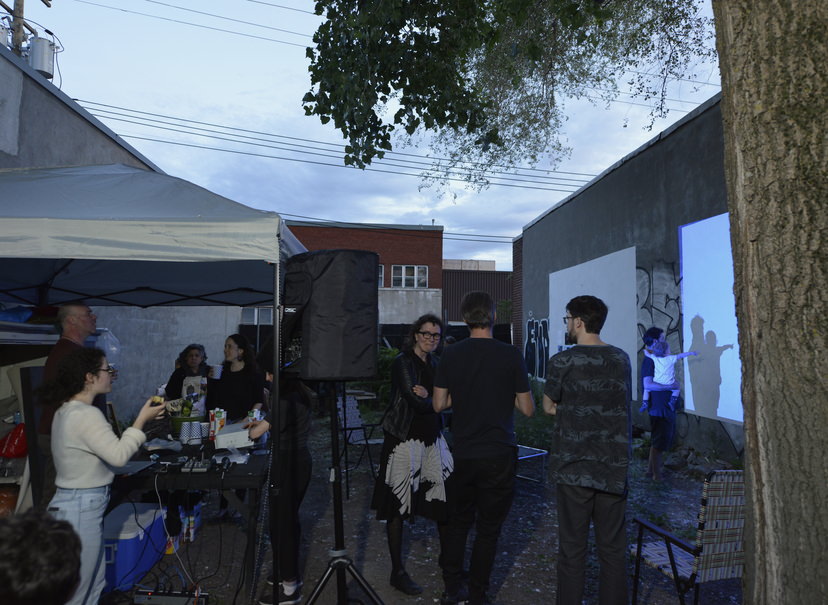 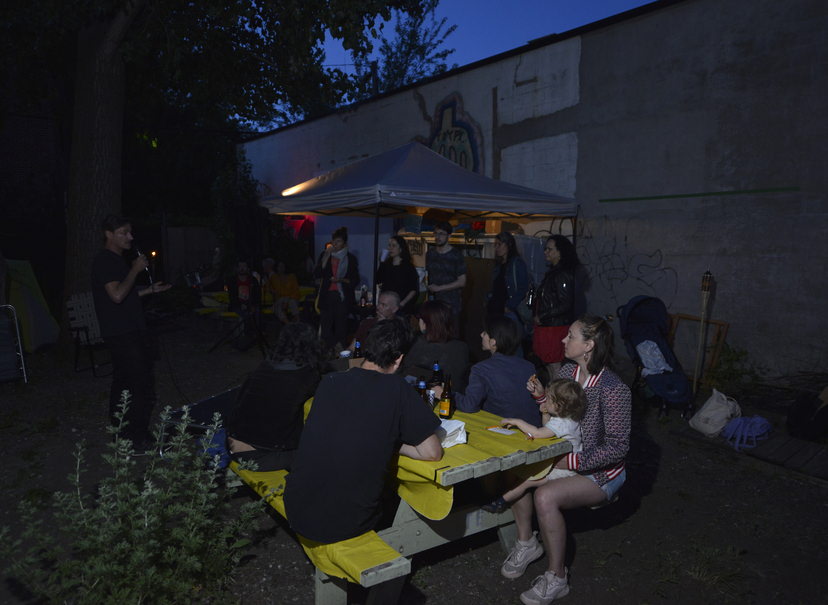 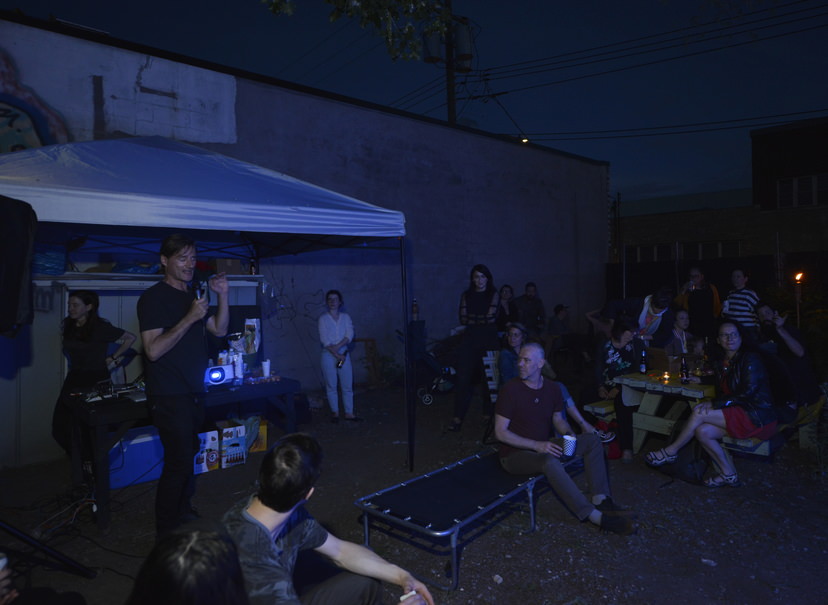 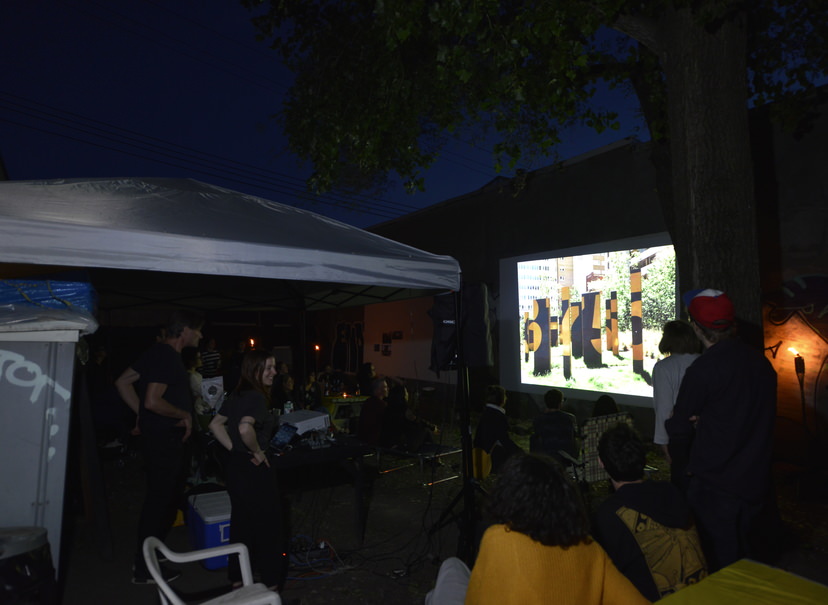 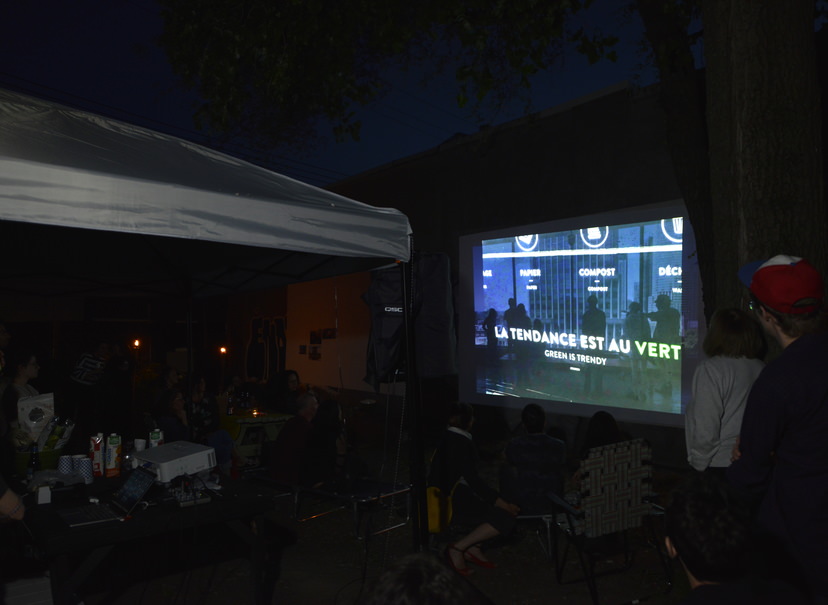 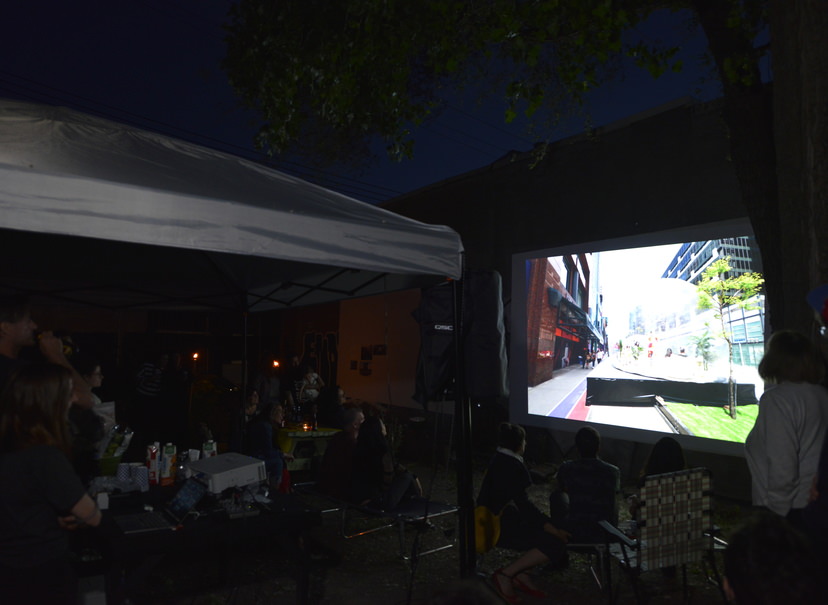 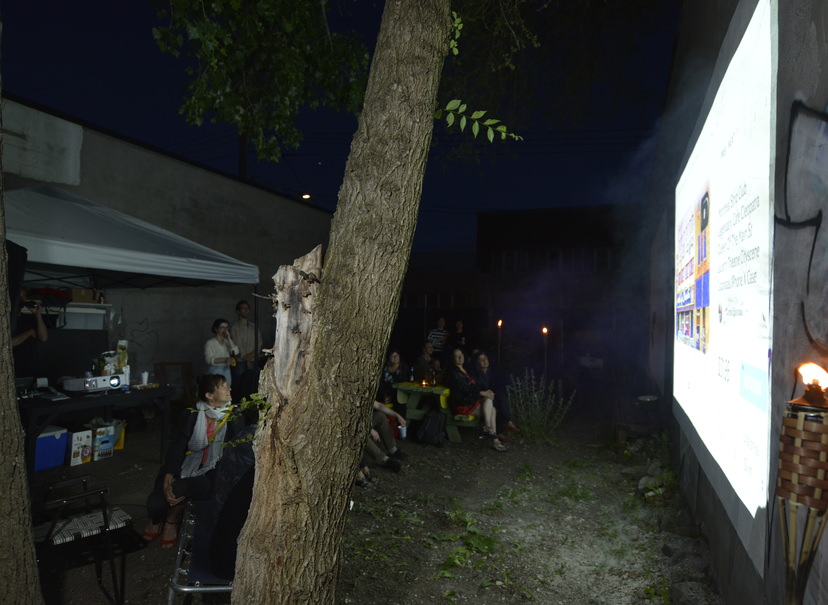 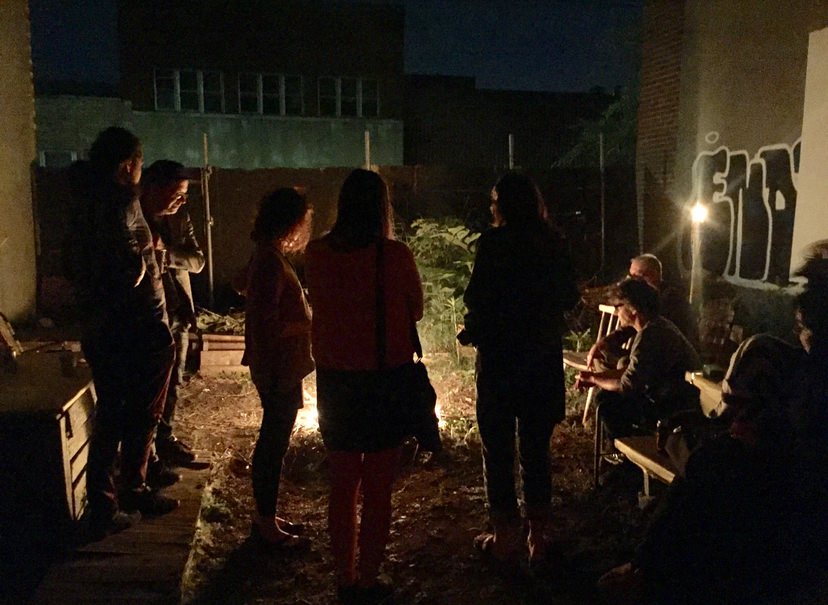 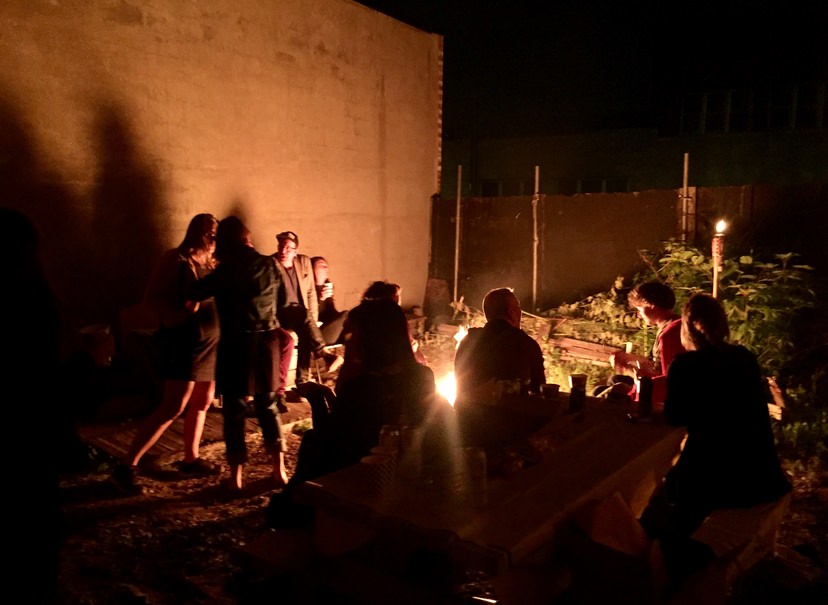 Collaborating with the Regroupement des arts interdisciplinaires du Québec (RAIQ) and artist Jean-François Prost, following the workshop series « Lieux et situation dans la ville contemporaine » (Places and situations in the contemporary city), DARE-DARE invites you to an evening of screenings presenting the contexts that were visited, invested and studied by the attending artists, on June 21st 2019 from 7pm, on the vacant lot of Marconi street, in Petite-Patrie, Montreal.

Come share time and thoughts with other artists around their experience of this contemporary urban exploration through the lens of spatial, political and social theory and practices. How can we define today's, and tomorrow’s, cities ? What are the challenges in the new global city, which is as heterogenous as it is uniform, that we are facing today, and tomorrow ? From dusk, the screening will show some of their observations and parts of their trajectories will  be presented. Start the summer with a gathering of the RAIQ, the particpating artists, Jean-François Prost and DARE-DARE. All are welcome !

The meeting will be held on Thursday, June 21 2019, starting 7pm, on the vacant lot located in the Marconi-Alexandra district (6919, Marconi) of the Rosemont-La Petite-Patrie neighborhood in Montreal.

------
BIO
Graduate in Architecture and Environmental Design, artist Jean-François Prost is interested in new urban territories for research in marginal and left-out zones of the city : areas (or situations) that are neglected, undetermined or others over-controlled and without any apparently specific use. The suggested actions follow the concept of art as resistance act, mind set, and device to express or exchange ideas. His work reactivates and promotes social engagement as well as presence of art in all spaces, all the time. He is founder of the Adaptative Actions (2007) platform and co-founder of the urban exploration atelier SYN- (2000).

Established in april 2005, the Regroupement des arts interdisciplinaires du Québec (RAIQ) is a non-profit that gathers and represents the companies, broadcasters and artists working in interdisciplinary practices. Its mandate is defending the professional interests and the bettering of social and economic conditions of its members. With its informational activities, consulting, networking, promoting and formation, the RAIQ wishes to actively take part in the development and influence of the discipline in Quebec. In a long-term perspective, the RAIQ desires to bring a significant contribution allowing : a multiplication of exchanges and collaborations between different actors of interdisciplinary art in Quebec and abroad; a better understanding of these new forms of art by the public; and finally, a better recognition of interdisciplinary arts by the different levels of state power.

June 7, 2019
Spaces and situations in the contemporary city