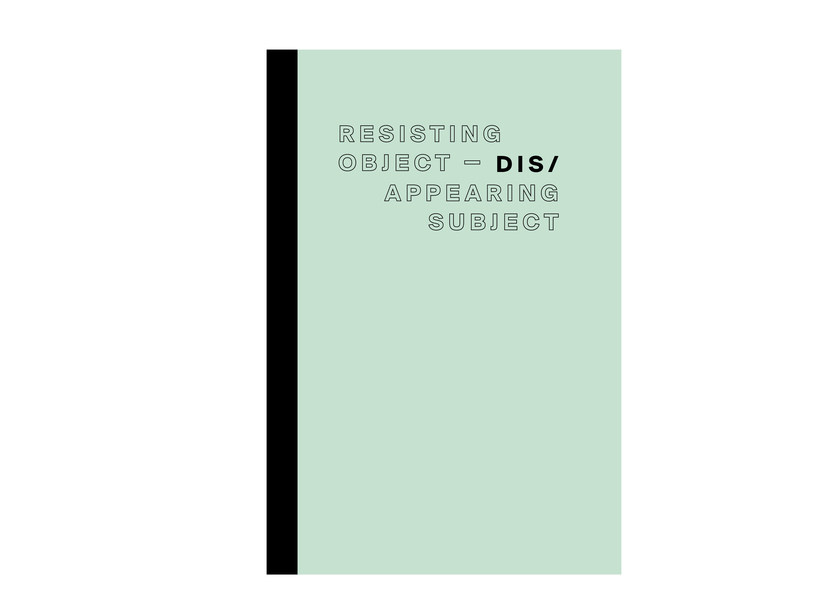 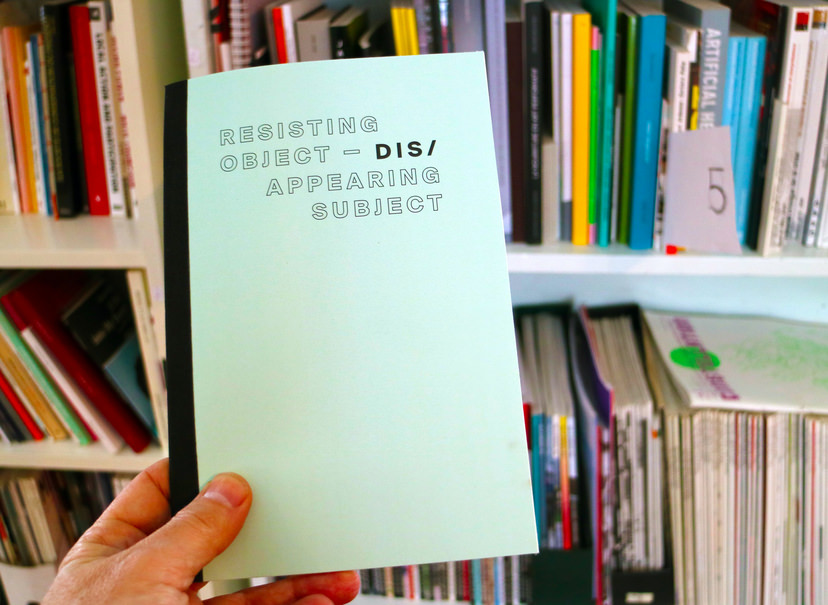 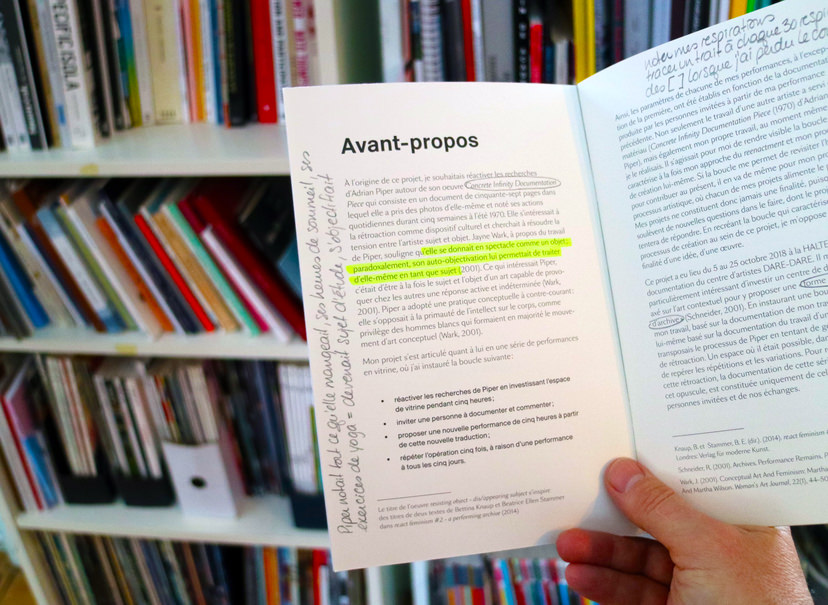 Last October, Valérie Perron performed a series of actions in the space of la HALTE (the pavilion of reference and reflection on art in the public space of DARE-DARE).

Closed for the occasion by a window - thus suggesting a jar, an object of study - the artist has introduced the following loop:

1. Invest the space for five hours;

3. Propose a new five-hour performance from this new translation;

4. Repeat the operation five times, one performance every five days.

With the exception of the first, each performance was based on the documentation from the previous performance, a bit like an exquisite corpse. For the artist, it was to integrate people in the process of creation and lose control of its performance: except for the first, she had no idea what its next performance would be.

RESISTING OBJECT - DIS / APPEARING SUBJECT collects, in the form of a publication, the documentation produced by the invited persons, so that the memory of the experience shared with the participants is the only trace of the realized performances.

The artist thus seeks to propose a "performative form of archive" (Schneider, 2001) which gives access to the perception of the participants, their contribution in the elaboration and the realization of the performances, as well as the impact of their reception in the following performance design.

This project was made possible thanks to the support of DARE-DARE.