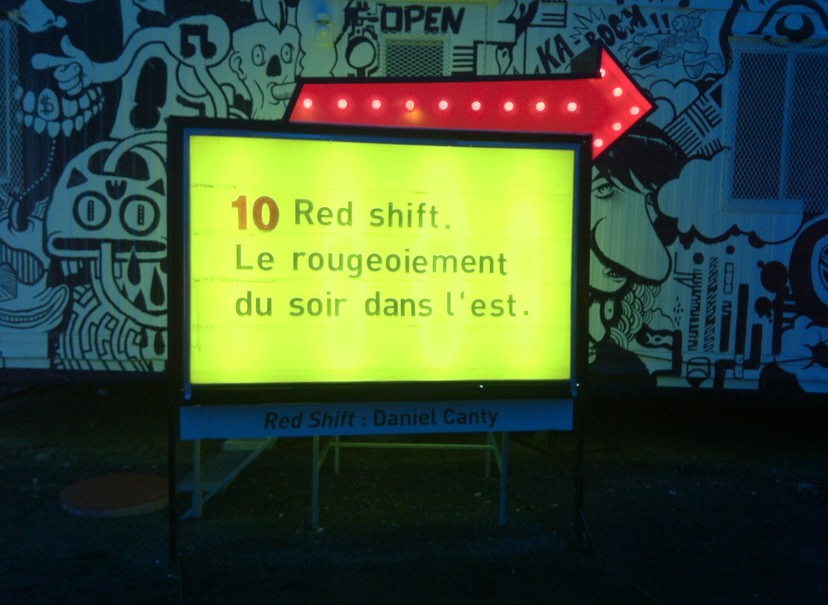 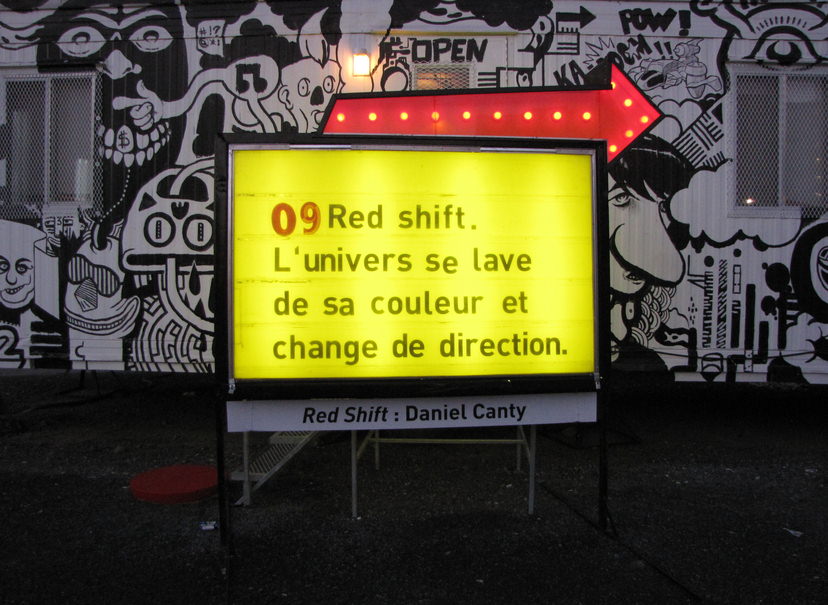 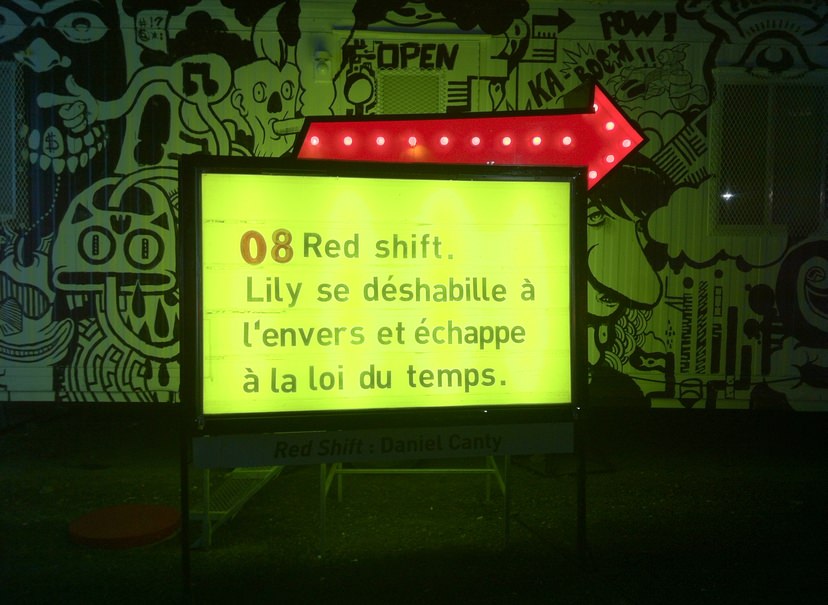 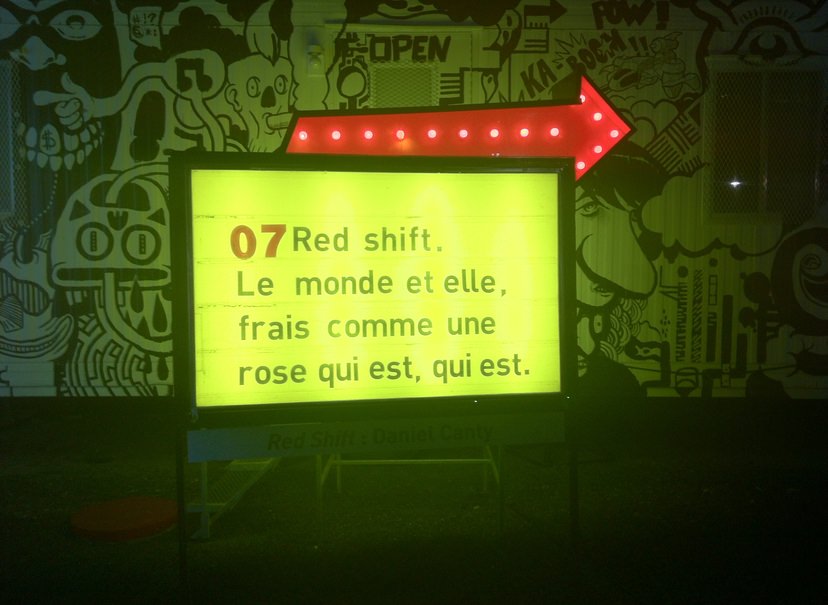 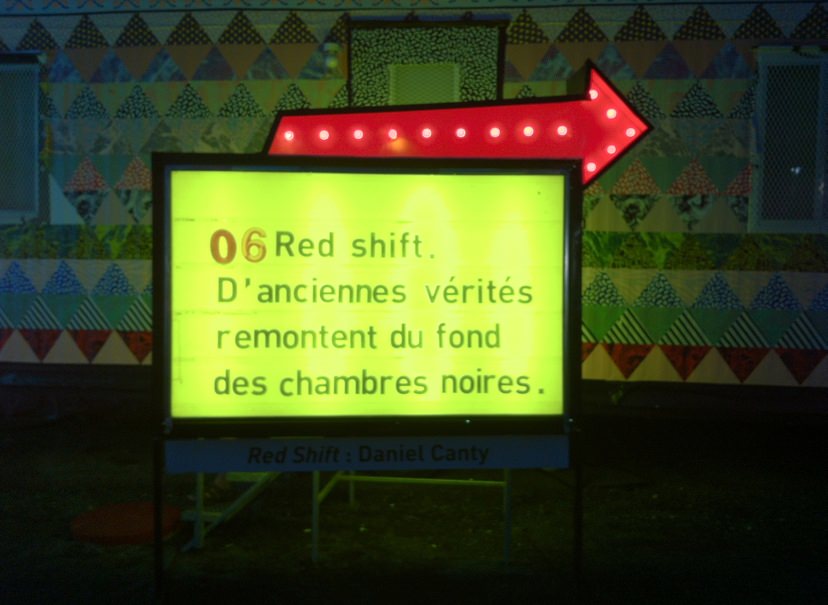 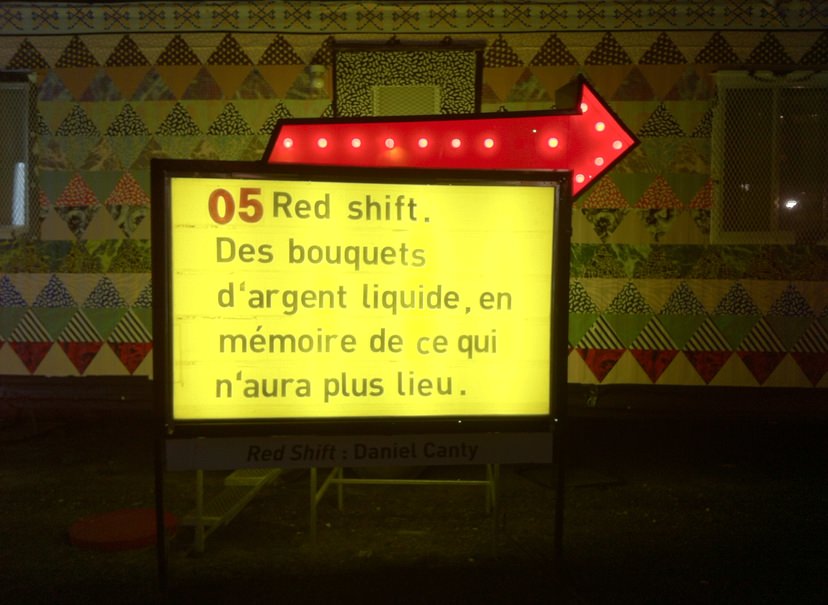 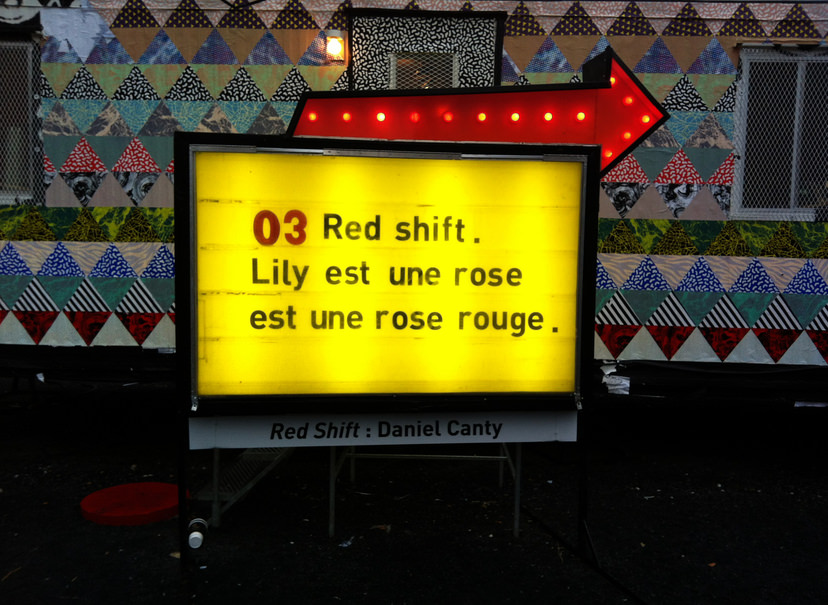 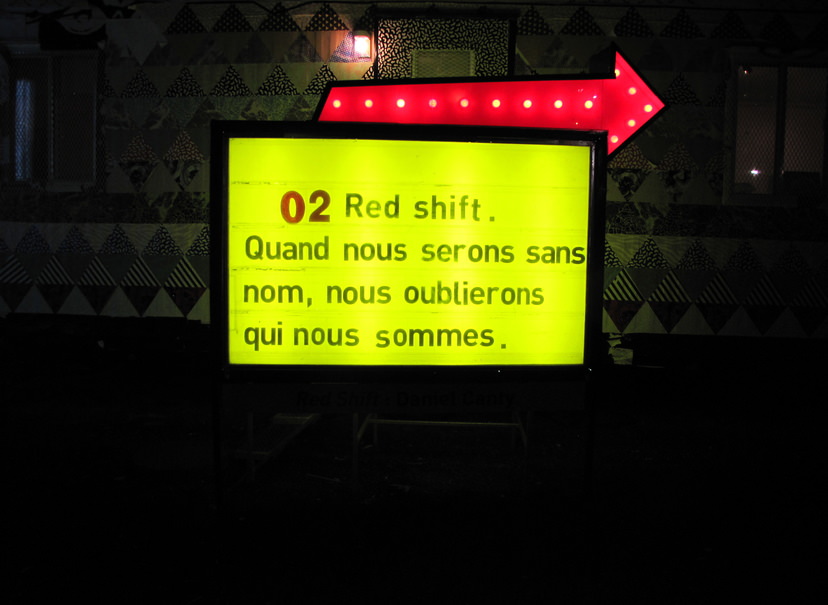 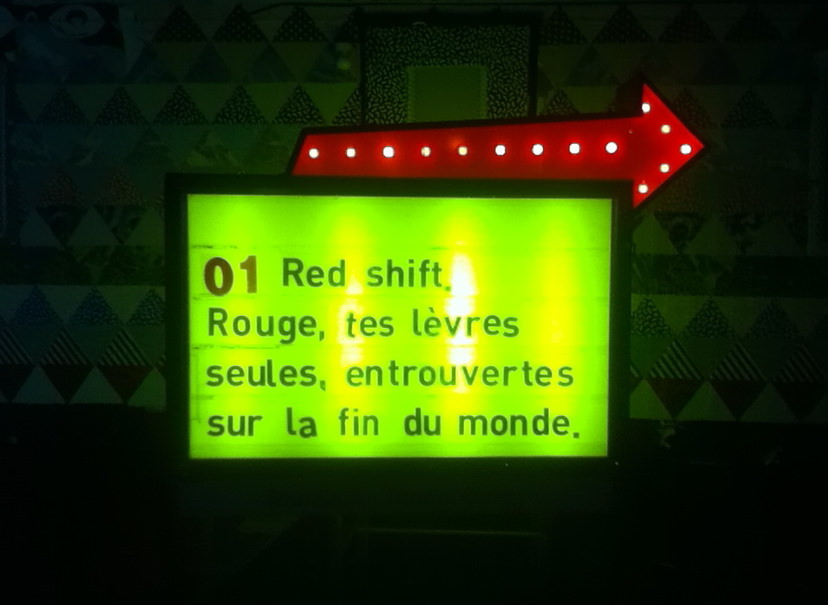 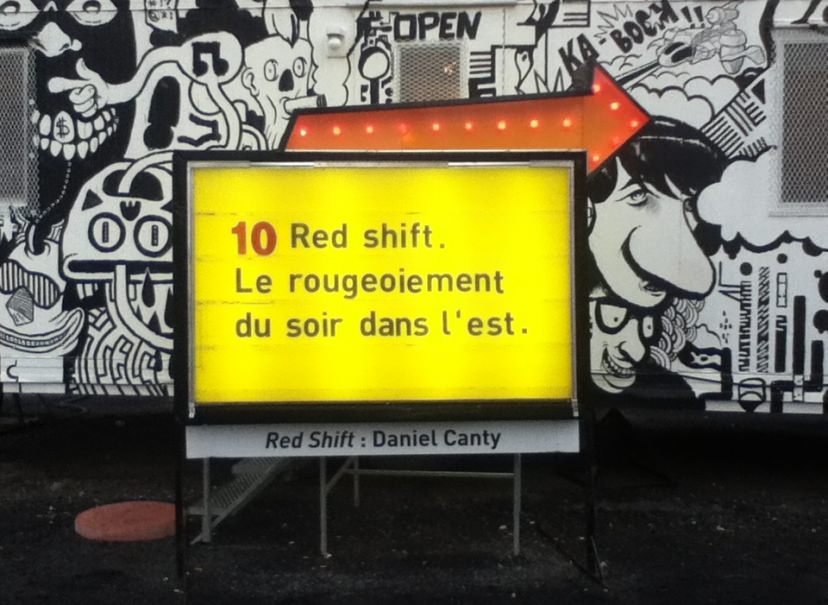 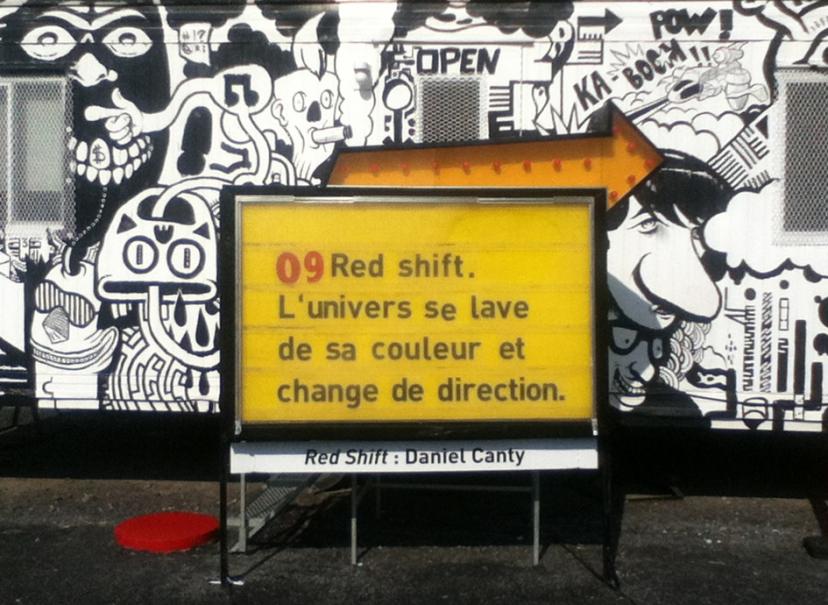 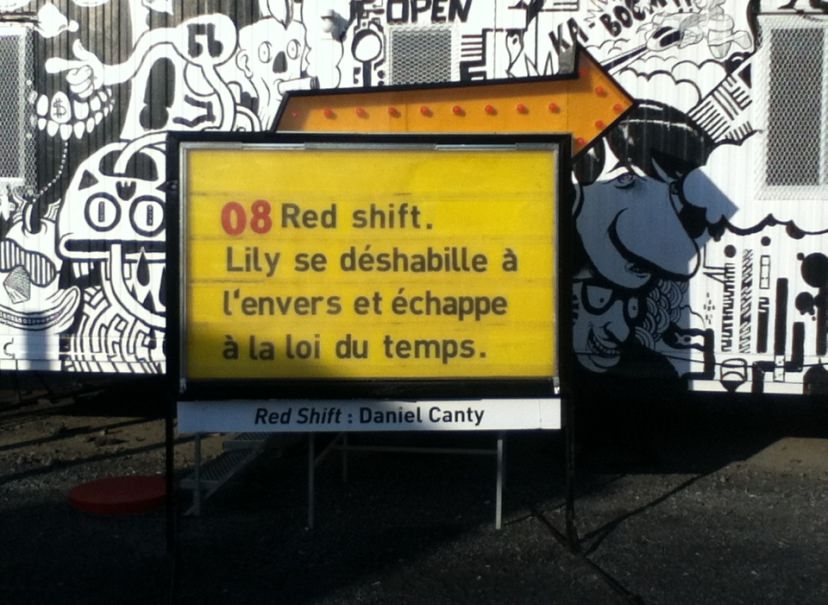 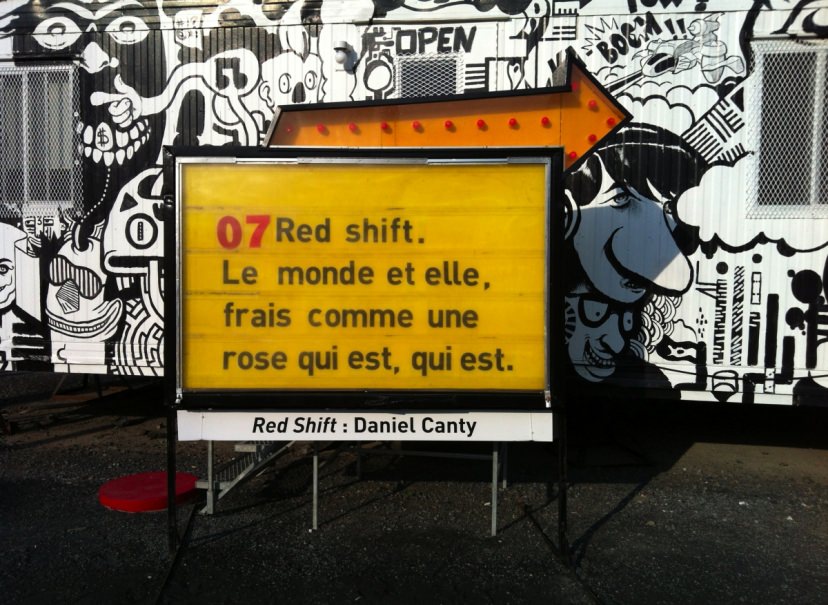 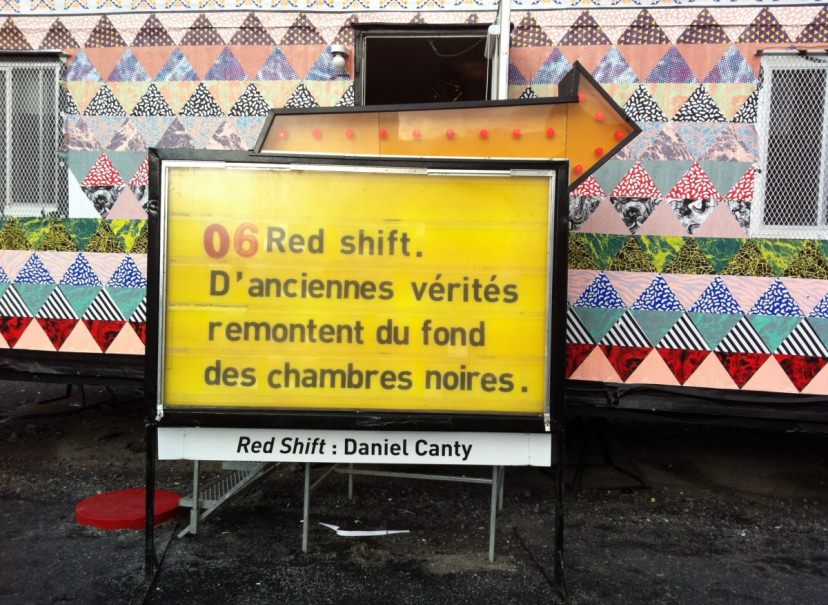 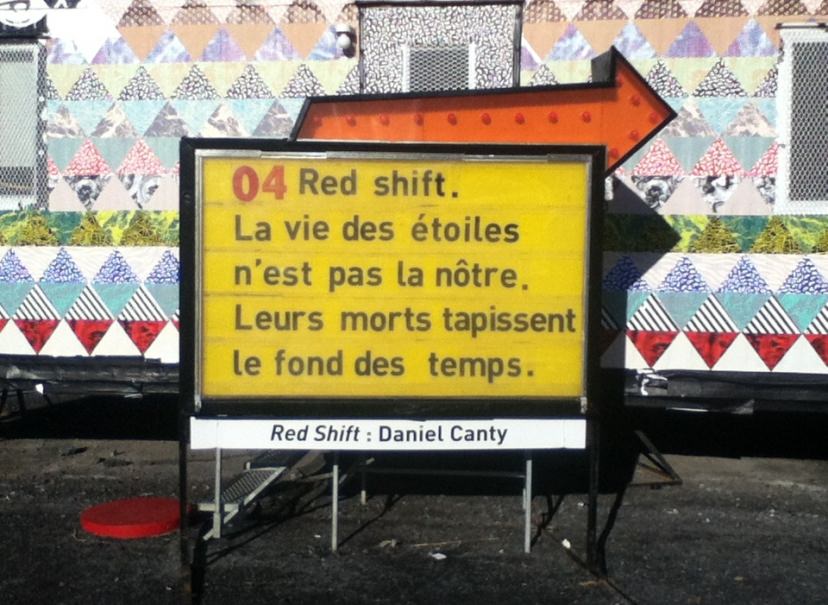 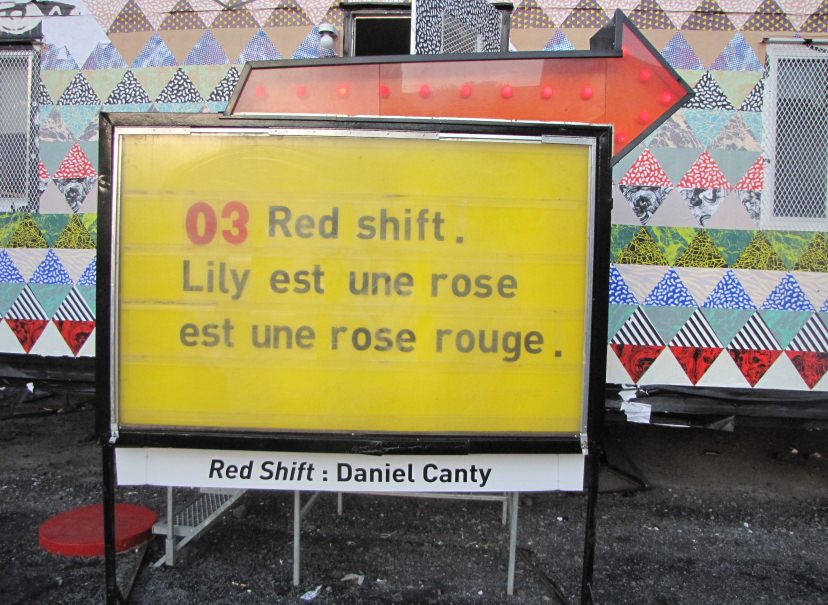 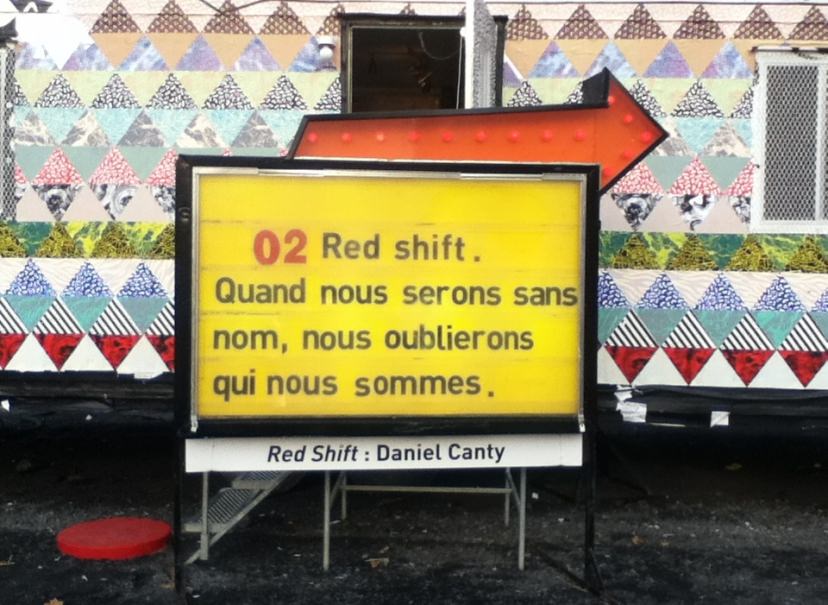 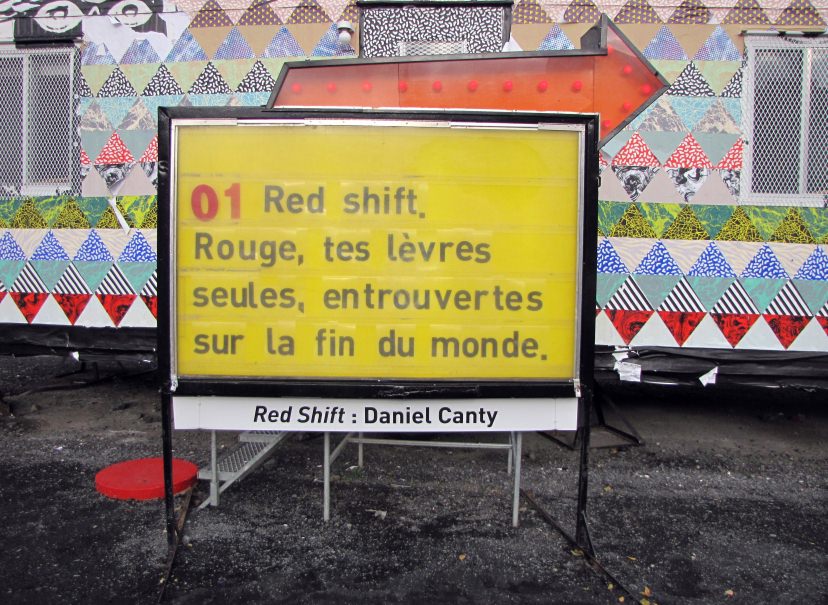 Willis Mary Van Schaark, aka Lily St-Cyr, Minnesota girl, moved to Montreal in 1944, at the age of 27, to pursue a promising career as a stripper. Defying the legal edict that prevents a dancer to finish her performance more cladly dressed than at the beginning of his show, she appears on stage in a bubble bath, to embark on a thrilling upside down striptease number. Until 1951, she performed in front of packed rooms at the Gayety, high place of the Red Light, on the site of the current TNM.

The reversed striptease of the dancer by the name of Lily, tutelary spirit of a reality covered by the movement of history, reminds me of the mysteries of time, and the momentary incandescence of our desires in the fabric of the city. The Red Light is no more than a name floating in the indifference of history, the echo of ancient photographs, to which we attach the glow of the twilights, the dive of the marquises. For my part, I see in the subversive gesture of the dancer a kinship with what astrophysicists call red shift or shift to red. An infrared signal, made visible by powerful radio telescopes, indicates that the universe continues to expand. If this infra-bright glow comes to change, then we will know that the big crunch, hypothetical deflationary movement that would put an end to all things, is triggered, and that we will faint under the ultimate wave of emptiness. The reality of Red Light has been absorbed by the expansion of the Quartier des spectacles. Red Shift offers a poetic countdown that invites you to dislocate history and go behind the scenes of today's Montreal to meet Lily and get back in time.

Daniel Canty is an author. He creates books, films, interfaces and installations. His first film was an adaptation of Alan Lightman's novel, Einstein's Dreams (1999) combining Web fiction and art book. His first book was a history of automata in American literature, Artificial Beings (1997). He has just published a novel, Wigrum, and signed the libretto of Operator, an electroluminescent automaton designed by Mikko Hynninen and presented at Lux Helsinki. Le Livre de chevet (2009), a collective work combining texts and images of sleep, aimed to alter the rest of its readers. His latest film, Longuay, combines the look of an old abbey and a digital tablet. At the end of 2010, the installation Le Tableau des départs haunted the monumental windows of the former Gare Jean-Talon. He has written numerous texts on art, notably for Le Laboratoire parcellaire (2011) or Angles_Arts Numériques (2009). He designs various projects for Montreal design offices and teaches indisciplinary writing at the National Theater School.