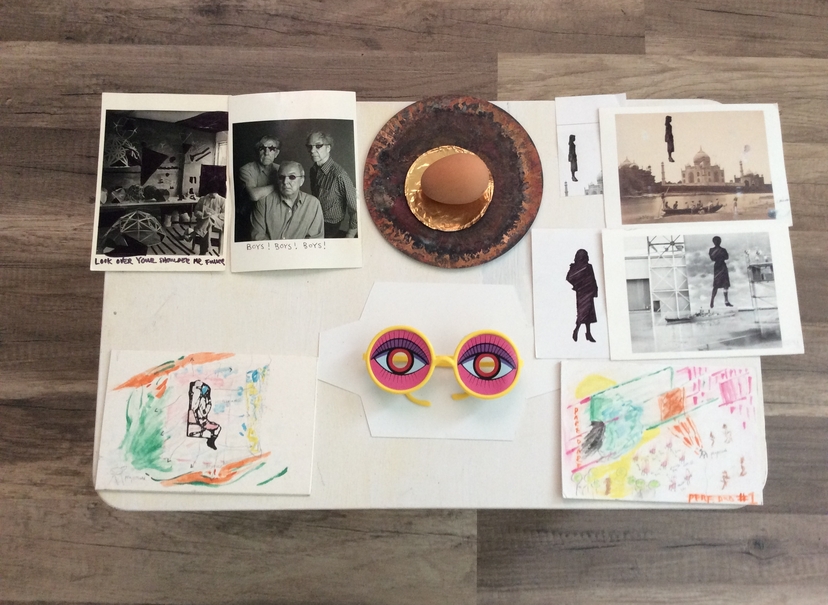 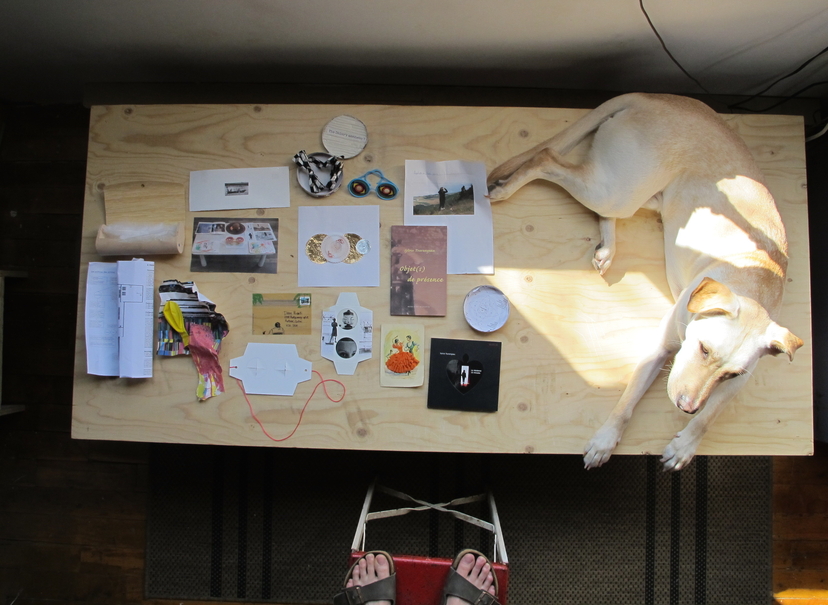 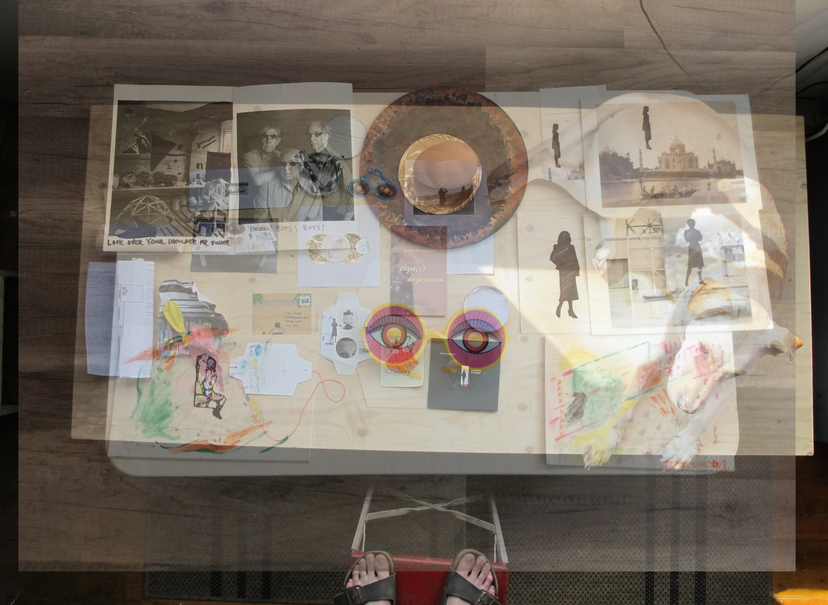 One of the artist is in New York and the other in a small village in Quebec. They exchanged objects by mail activating an intergenerational dialogue. From this correspondence, they generated a series of invisible telepathic conversations they after chose to invite the public to take part in.

We are interested in the ways that dialogical events can be constructed invisibly and activated by a circulation of ideas and concrete objects. Each in our own way, through quotidian telepathic seances, we fed a dialogue anchored in activity and imagination. Our collective fictions surpassed material considerations and the particularities of our individual identity.

The strategies we employed to make perceptible this form of telepathy were informed by various communicative thought experiments: How can we extrapolate the performative from intention? How can we focus on the pathways of communication rather than the materiality of the transmitted message?

The telepathic call concluded by a public post-telepathic Zoom meeting.

Born and raised in Montreal, Didier Morelli is an interdisciplinary artist who combines practice and research in both his academic and performative explorations. Morelli is a PhD Candidate in the Department of Performance Studies at Northwestern University in Chicago, Illinois. His live art practice includes endurance-based, contextually specific, and relational actions. His studio-based work, which incorporates elements of installation, drawing, photography and video, has been shown in solo exhibitions (Katherine Mulherin Gallery, Toronto, 2012; the Defibrillator Performance Art Gallery, Chicago, 2015; and SIGHTINGS at Leonard & Bina Ellen Art Gallery, Montreal, 2016) as well as in group exhibitions (the Audain Gallery, Vancouver, 2015). He has performed at 7a*11d International Festival of Performance Art, Toronto, 2014; the Buenos Aires Performance Art Biennial, Buenos Aires, 2017; and at ViVA Art Action, Montreal, 2017. His dissertation focuses on the relationship between the built environment and the kinesthetic nature of performing bodies in everyday outdoor architectural spaces. His writing has been published in Canadian Theatre Review, C Magazine, and esse arts + opinions.

Sylvie Tourangeau is considered a pioneer of performance art in Canada. Since 1978, her actions, collective workshops and individual coaching have actively created a space for the experimentation of a performative consciousness through minimal actions that enhance the quality of presence, support intensity and personify connections with the viewer. Performances, relational art, furtive practices and rituals of circumstance are her main areas of focus. She has also published artist books and more than sixty articles on a significant ensemble of performers. With the TouVA collective (Anne Bérubé and Victoria Stanton), in 2017 she published the bilingual book Le 7e Sens on the performative mode. She founded the interdisciplinary training center Espace Sylvie Tourangeau, (Joliette 1995 to 2007) and developed a place of artist residencies, at the heart of Quebec's built heritage, La maison aux volets jaunes (2015-2017) and La nouvelle maison jaune (2018-) dedicated to performing arts.