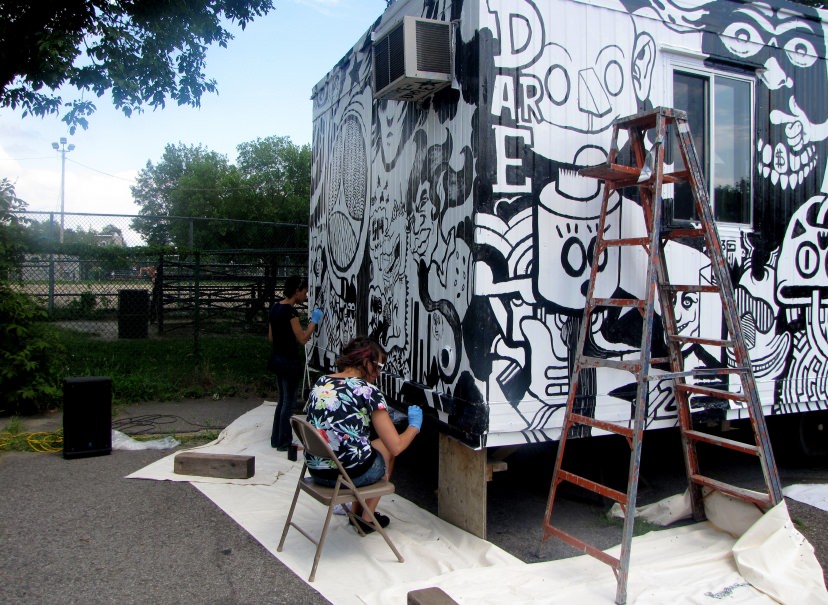 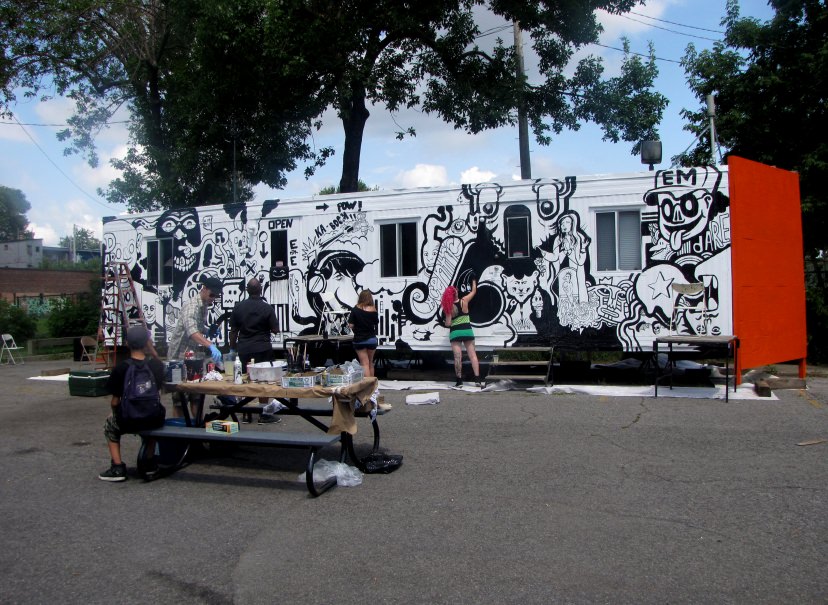 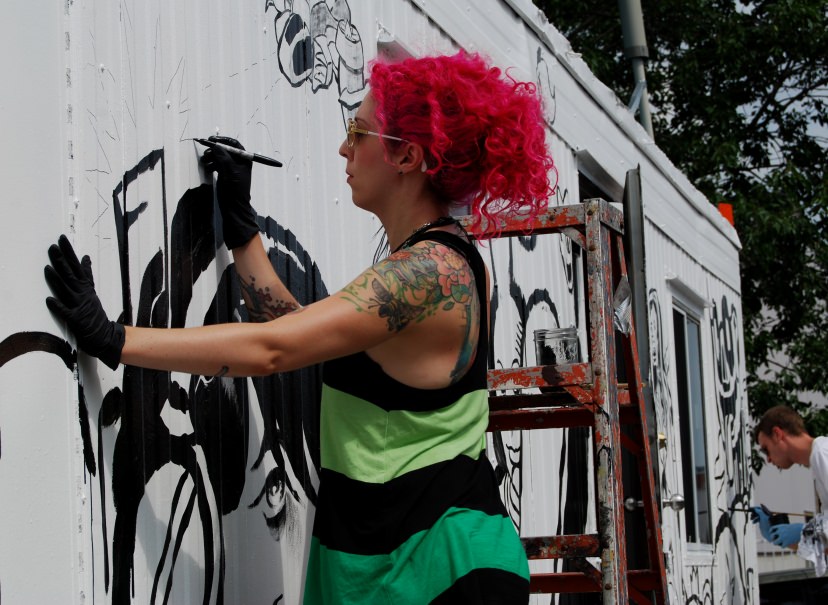 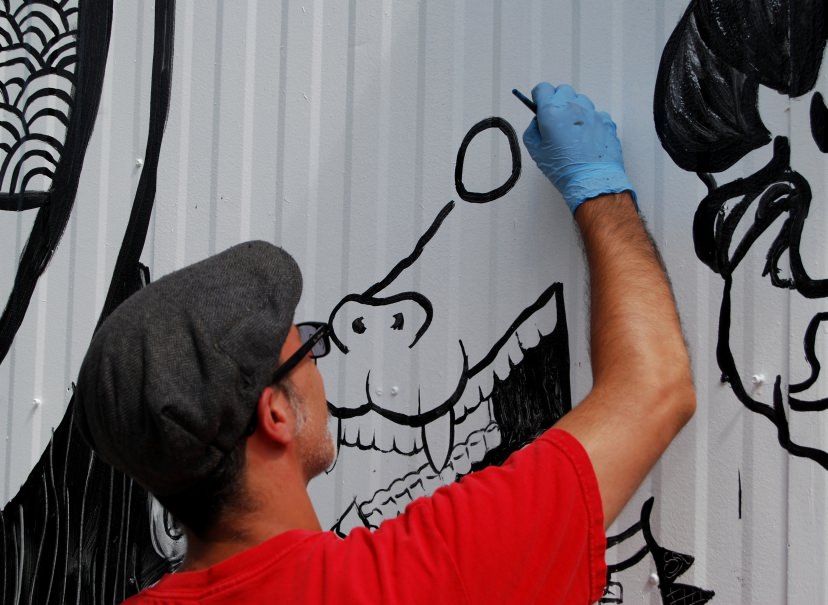 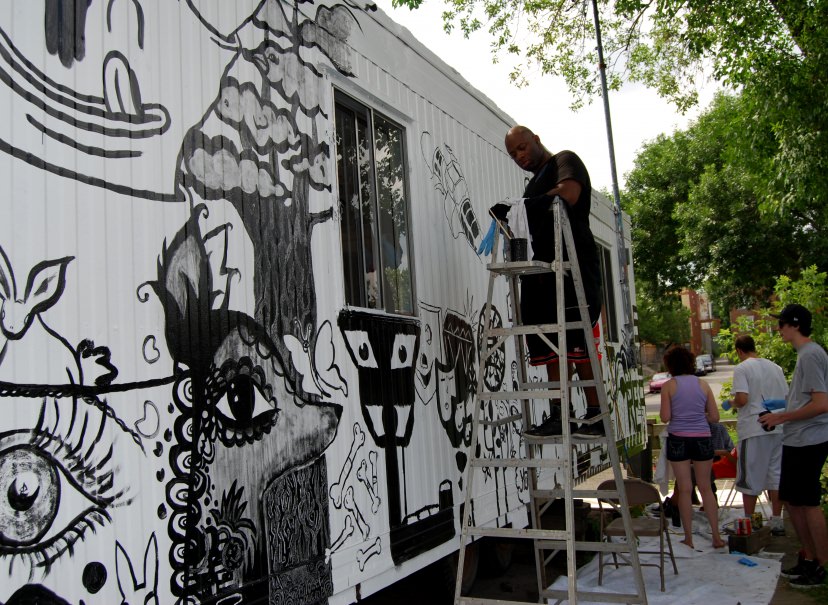 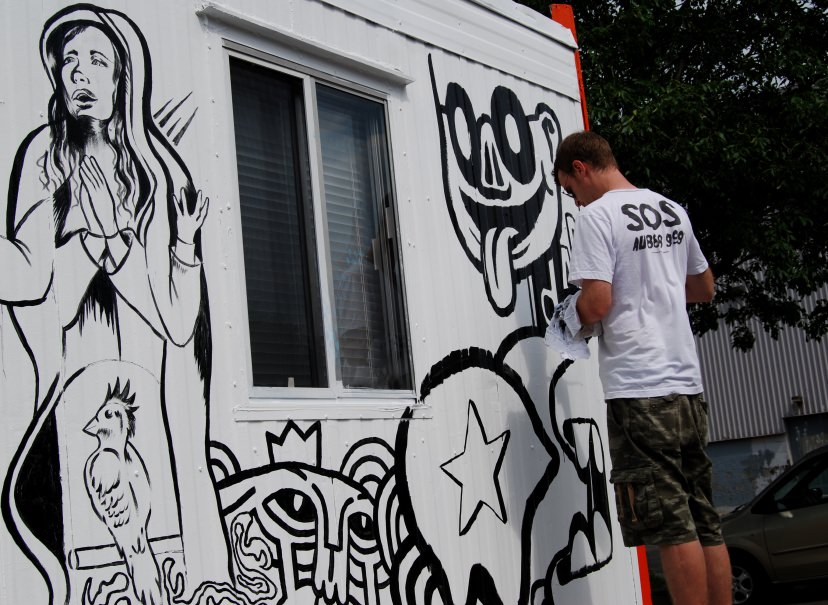 The GRAF’Roulotte project will peak by the realization of a collective mural on the outer surfaces of DARE-DARE’s trailer office. To do this, DARE-DARE approached two community organizations – Oxy Jeunes and Innovation Jeunes – which have the mandat to help teenage and, the collective of professional artists called EN MASSE to act as cultural mediators and mentors to the 10 participants selected.

The practice of collective mural of EN MASSE is part of the lowbrow art movement. It is strongly influenced by the world of comics, graffiti, manga, graphic advertising and the aesthetics of the tattoo. Following a series of four intensive workshops led by EN MASSE artists in July, youngsters and artists will gather at DARE-DARE, on August 5-6 and 7 for a festive weekend of live painting.