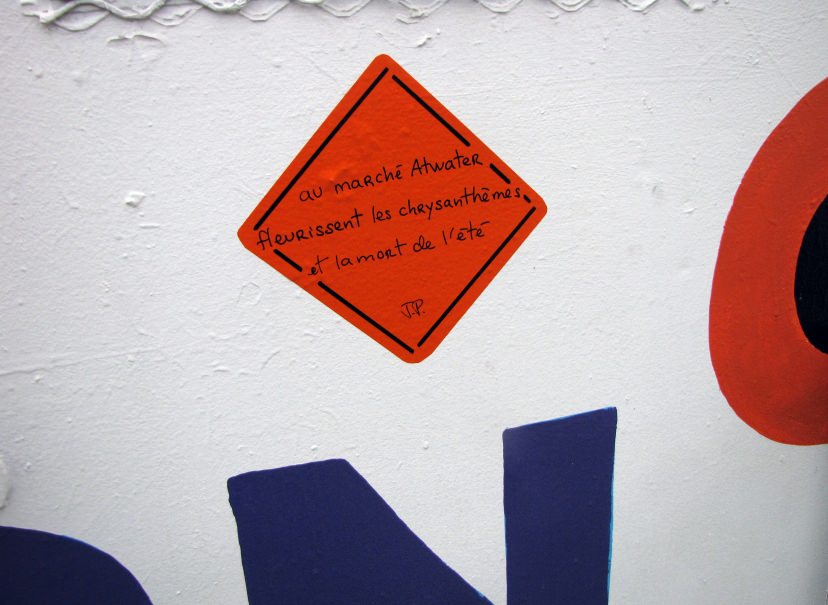 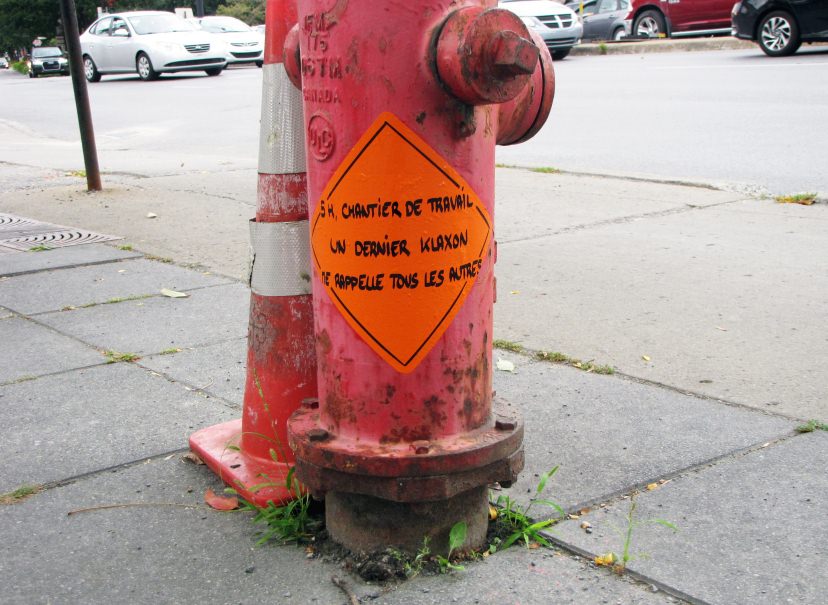 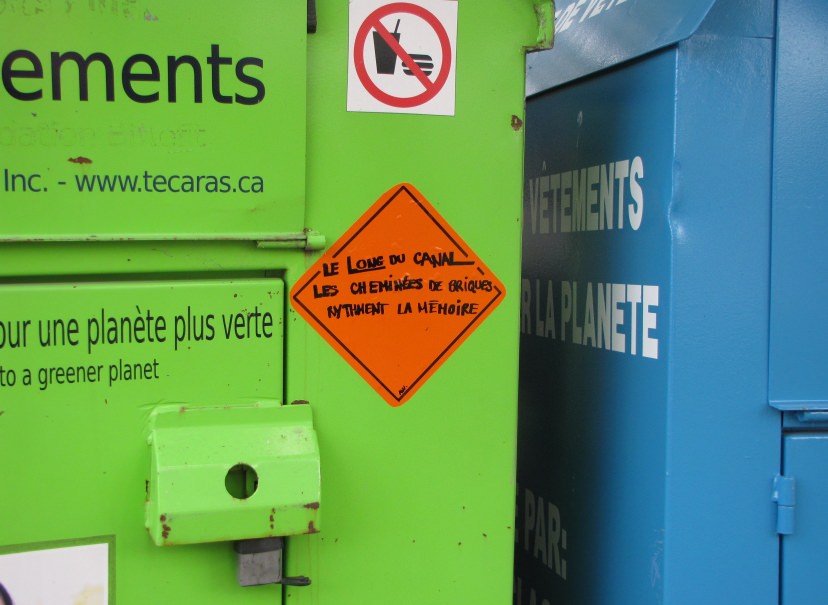 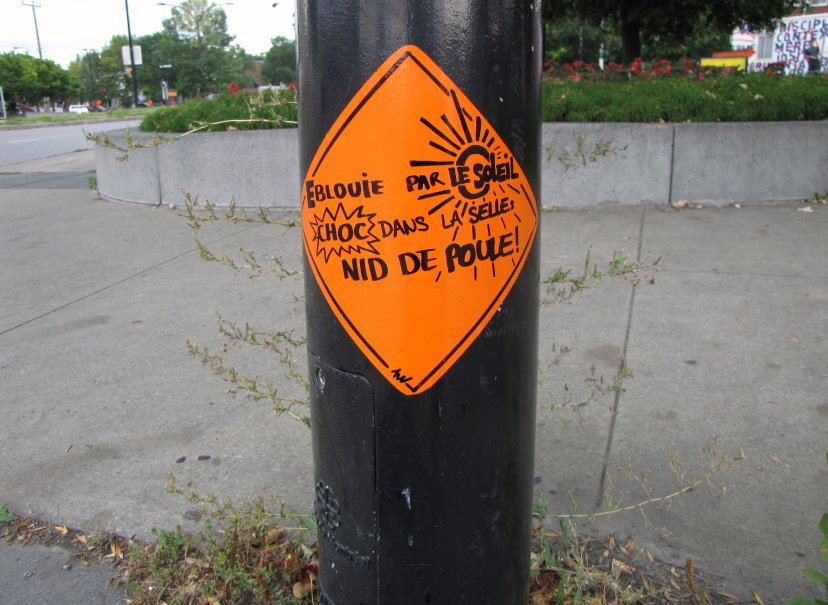 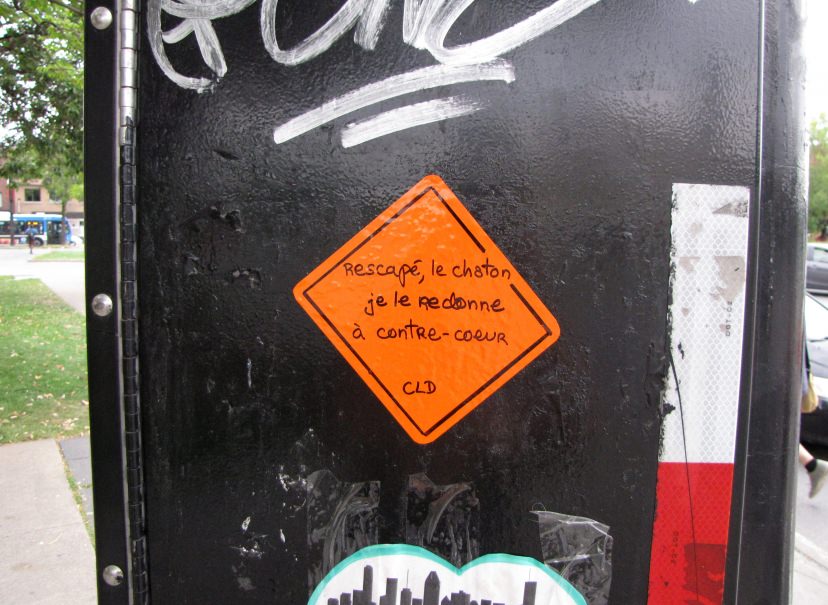 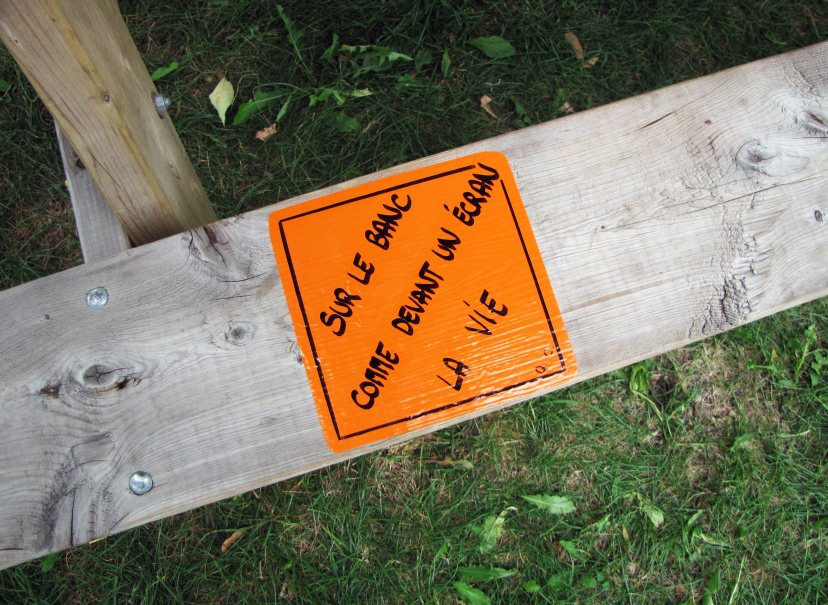 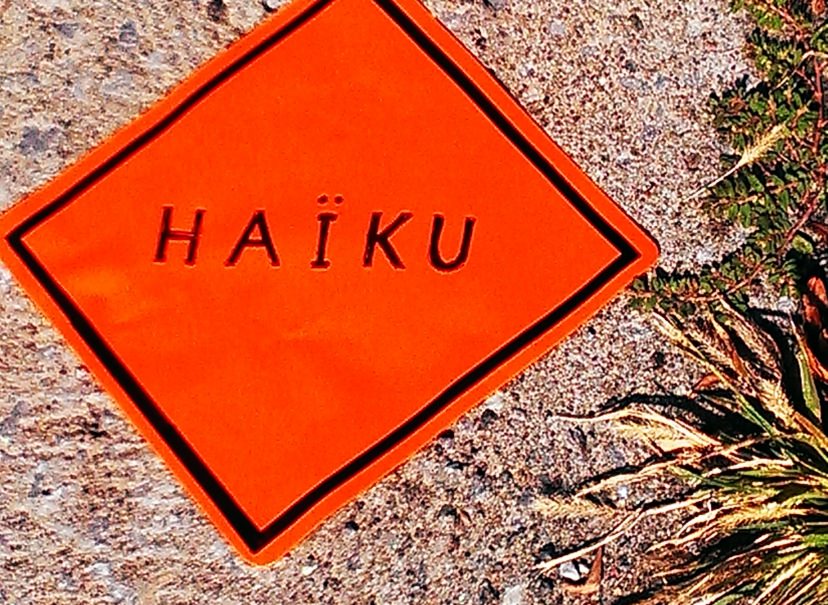 DARE-DARE invites you to participate in its educational program with a haïkus writing workshop directed by the artist and poet Jeanne Painchaud, at DARE-DARE mobile trailer, at the corner of Atwater Avenue and Greene Street.

Invest the public space of your words? This is the opportunity that Dare-Dare offers you, with an initiation to the "haïku" poem, the smallest poem in the world. Once written, the haïku will spread in the streets of the neighborhood by different processes (chalk, etc.).

After a master's degree in creative writing at UQAM, Jeanne Painchaud published four collections of haïku poems, two of which were solo (Je marche à côté d’une joie, Les Heures Bleues, 1997, reissued in 2006 by Les 400 Coups; Soudain, Editions David, 2002), another in tandem (Sous nos pas, Editions David, 2003) and a small artist's book in Paris with the French artist Ivan Sigg (La Lune bleue, 2011). Her latest book is both a collection of haïkus and an essay-diary that summarizes her passion for the genre: Découper le silence, Regard amoureux sur le haïku (Somme toute, 2015). She has participated in about twenty anthologies of haïkus, here and abroad. She has won an important international award and two special mentions in haïku writing competitions in Japan. She has served on a jury of haïku contests in Canada and France. Since 1997, she has been working on several projects to spread words in the public space, as part of cultural events: 3 exhibitions, a poetic walkway on the sidewalks, a "marelle-haïkus", a participatory activity of haïkus-lanterns at la Nuit blanche de la Grande Bibliothèque 2012), etc. Since 1997, she has been presenting creative writing workshops. She is a member of the Haïku International Association, based in Tokyo. She has been invited to literary events in France, the United States and Japan.