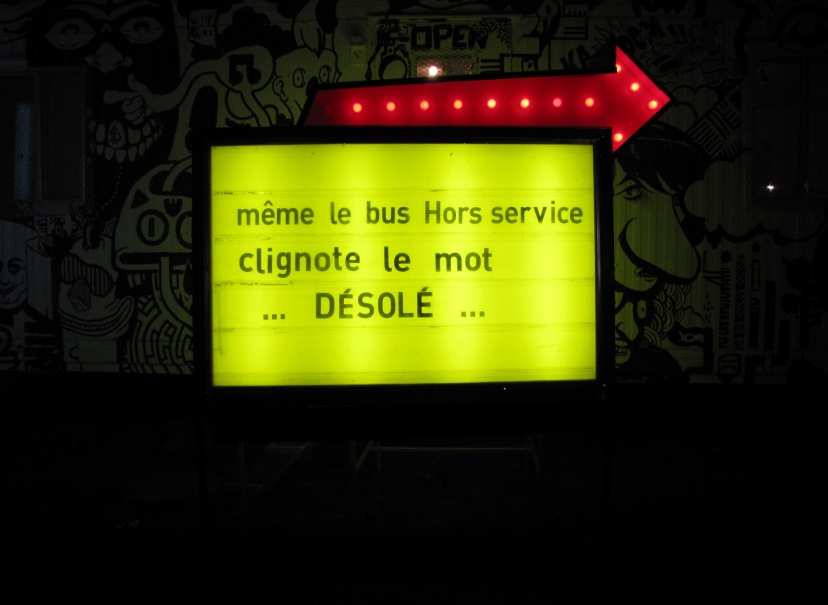 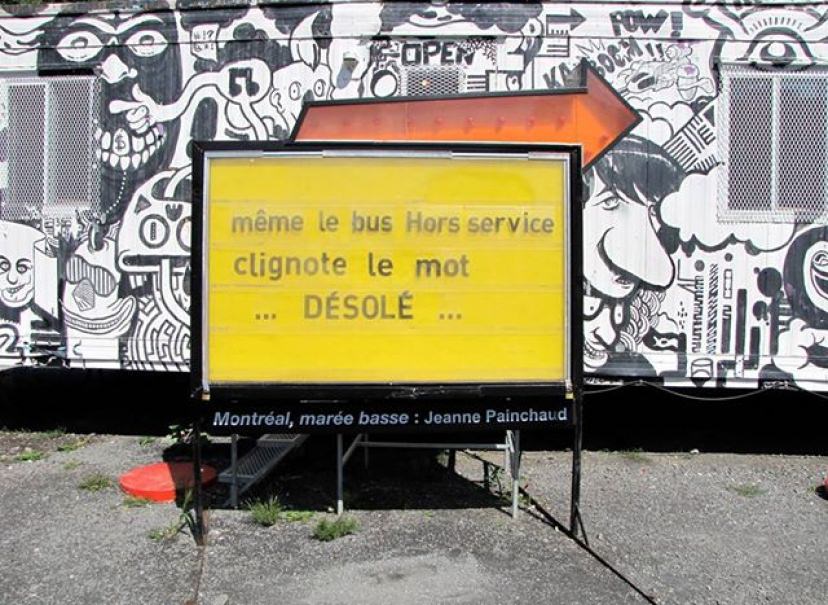 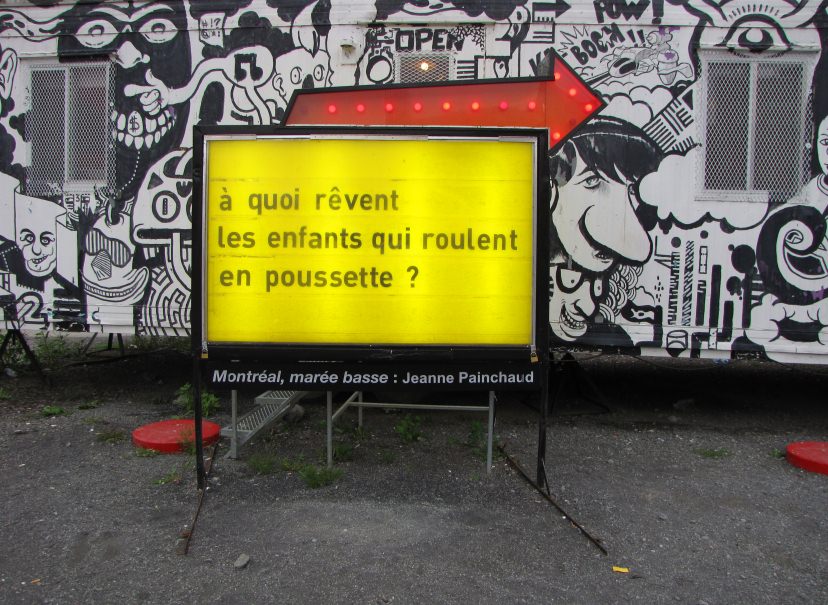 I have always been fascinated by public art and street art, which are committed to reaching out to people and challenging the everyday life of ordinary people. Moreover, frustrated that the haiku is not so well known, I searched a long time for the way to diffuse it in other ways, and thus join a new audience of readers. One day, my son asked me a question that made me smile, almost in the form of haiku, which I included in my first collection that tells of his early childhood, Je marche à côté d’une joie (1997):

I took the ball and wondered if the haiku could also escape ... collections, anthologies, magazines and Web pages! After all, it is not always easy to read, and to appreciate each haiku that springs from the page, whatever the medium used, and in addition, when we read them one after the other. The haiku is so short, would not it be better to find it a particular space to grasp it better? In addition, I had participated in several poetry evenings where I (painfully) had to read my haikus. At the end of the evening, even if I read my little poems twice in a row, as was the Japanese custom, I was always disappointed because I realized that this poem is too short and too lyrical for this type of diffusion. And after all, the haiku was originally based on his pictorial side rather than his musical side. All these observations to arrive at this: why not take up the idea underlying public art and bring down the haiku in the street, or at least in the public space?

From 1997, I imagined all kinds of projects to disseminate haiku in the public space that have been included in the programming of literary or artistic events, or cultural institutions: three exhibitions staging these little poems, two poetic paths on the sidewalks, a huge hopscotch, with each square presenting a haiku, a long roll of paper that took place in the open air and where the public was invited to transcribe preselected haiku, or a participatory activity, which held twice, where the public made origami lanterns on which pre-selected haikus were inscribed on a theme (winter, spring, etc.), and which ultimately formed an ephemeral exhibition of haikus

A few weeks later, I was being waved: from September 4 to 17, 2013, two of my haikus, one different each week, would be released as part of the project "Public Writing". Among the phrases of various artists or authors, including the words of the highly esteemed multidisciplinary artist Sylvie Laliberté and those of the great Quebec poet Nicole Brossard, my two poems were to be welcomed, the only haikus of the project.

In recent years, public art has been spreading more and more words in the common space. Let's bet that the haiku, thanks to its simplicity, its brevity and its lightning, will get more part of it. That's what I want.