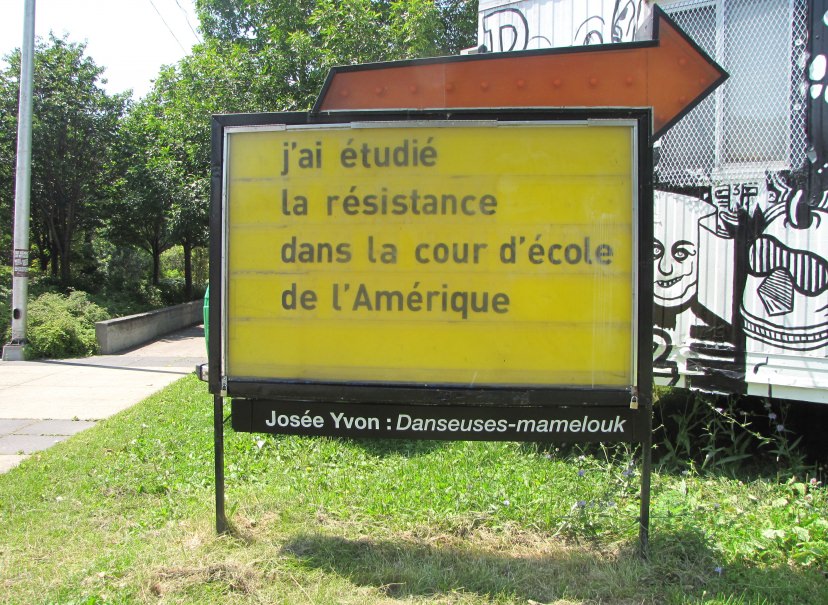 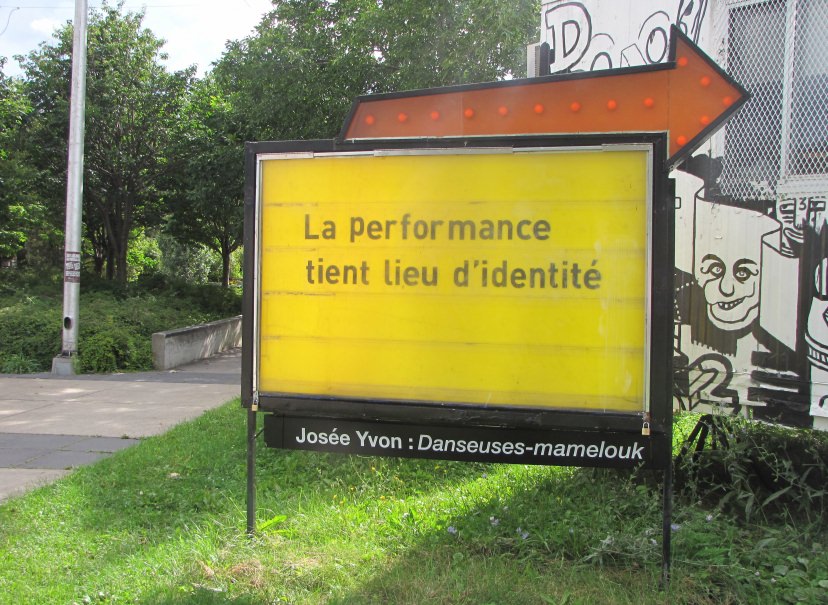 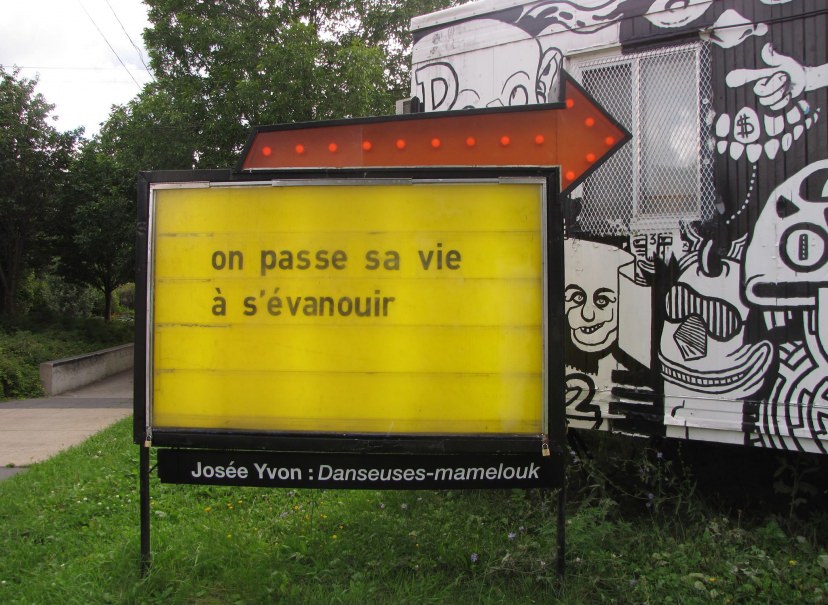 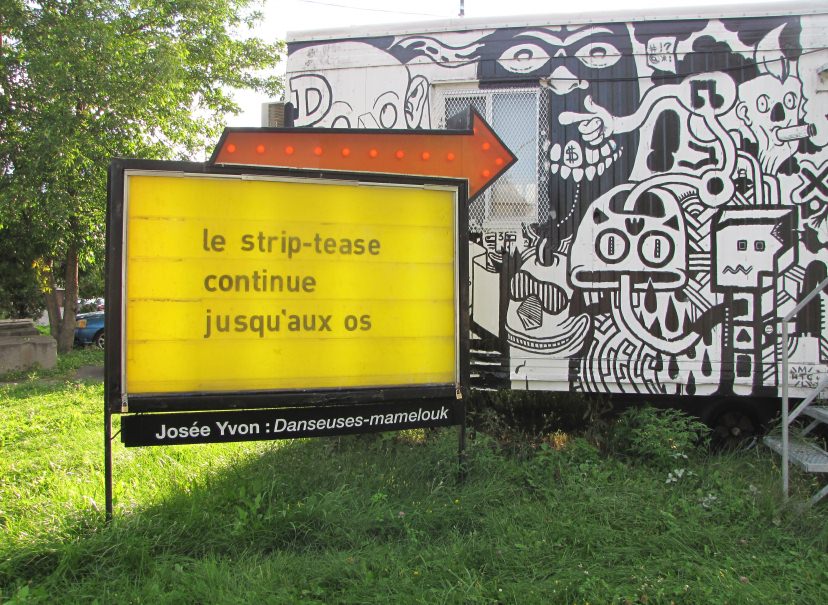 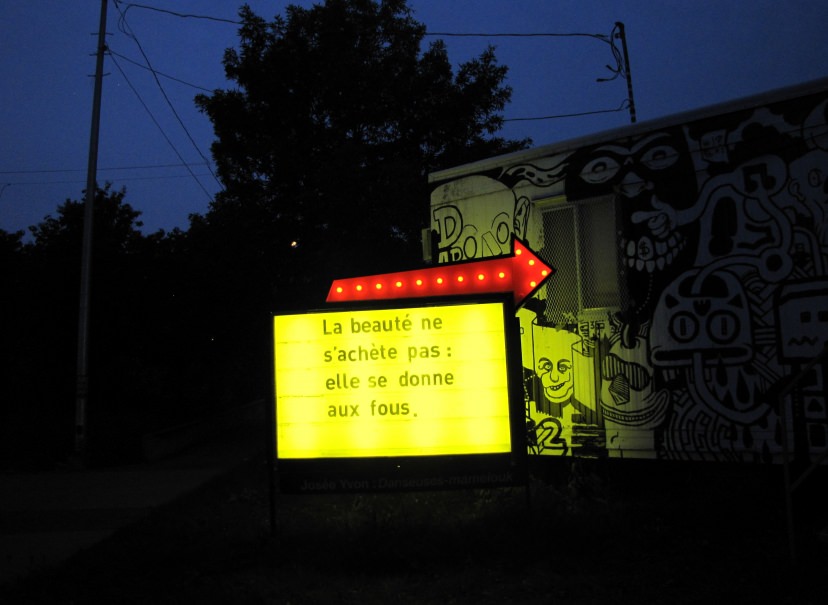 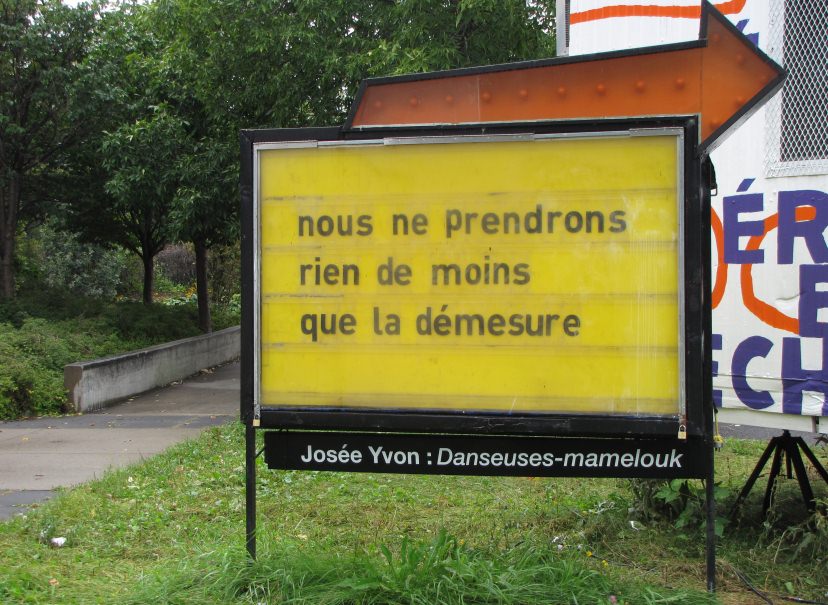 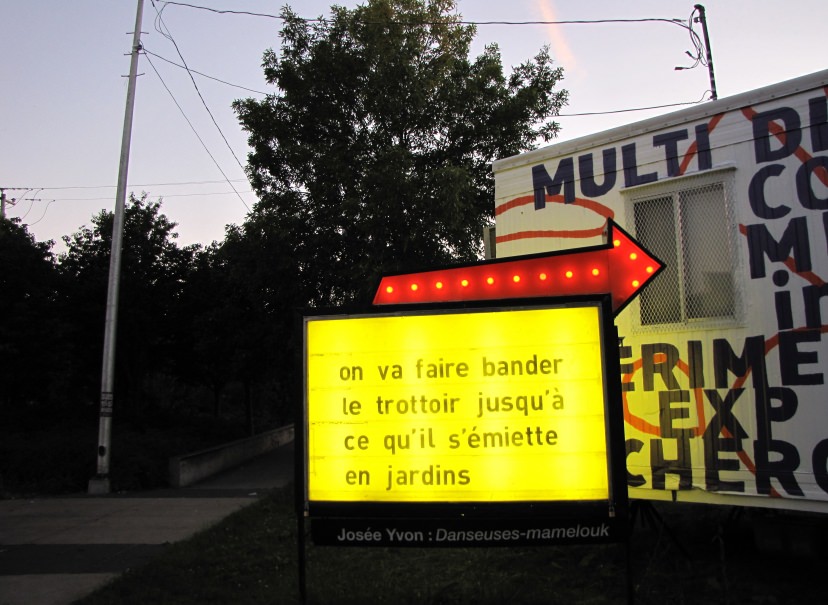 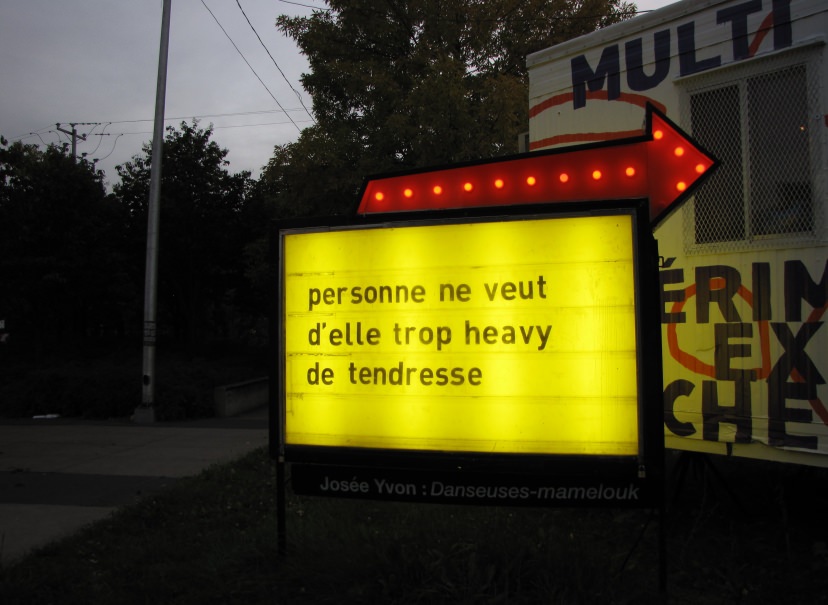 Josée Yvon (1950-1994) is considered by many as the most dangerous writer of Quebec. Danseuses-mamelouk, published in 1982 by VLB editor, resume her first two books (Filles-commandos bandées, Herbes rouges, 1976 and La chienne de l’Hôtel Tropicana, Cul Q, 1977) by adding a unique section.

This title will be reissued with Herbes rouges in early 2015. The writings of Josée Yvon is one of the few to stage and to give voice to marginalized, precarious and have-account, especially dancers, prostitutes, drug addicts, homosexual and transexuals.

These "characters" are almost all women who deviate and disturb. Kind of literary docudrama both theoretical and thrash, her work mix poetry and narrative, but also take from theater, film, performance, show, manifest, documentary report.

Properly unclassifiable, her writing falls under counter-culture and feminism, but can not register without problem in one or the other.

This selection of extracts was made by Jonathan Lamy, a "specialists" of her work. They were chosen for their potential to resonate in the public space, for the light they emit through resistance.

Josée Yvon was born in Montreal in 1950, where she died of AIDS in 1994. She has worked in the world of theater, co-founding the Théâtre Sans Fil and attending the Grand Cirque Ordinaire and La Vraie Fanfare Fuckée, before devoting herself to writing. She has published 15 books, some in collaboration with Denis Vanier, as well as texts of fiction and literary criticism in fifty magazines in Quebec, France and Belgium. She received no awards for herbooks.