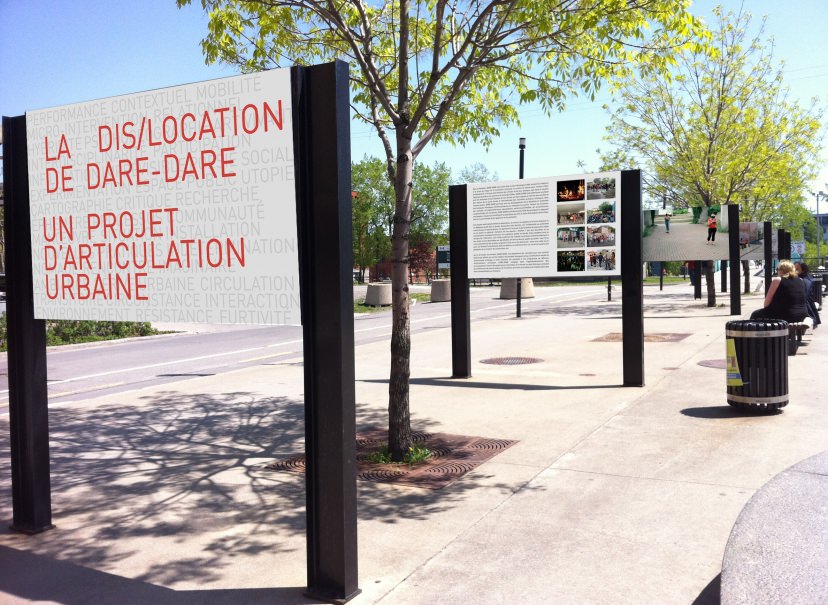 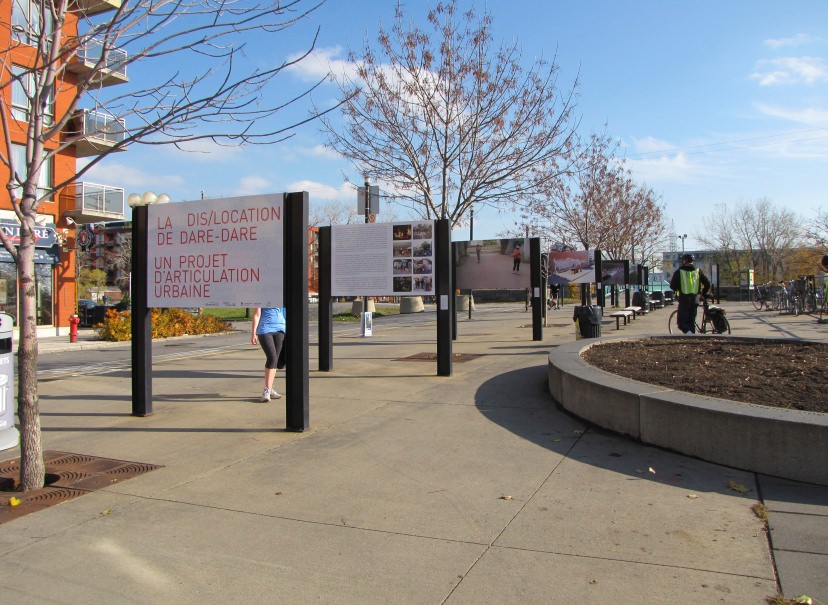 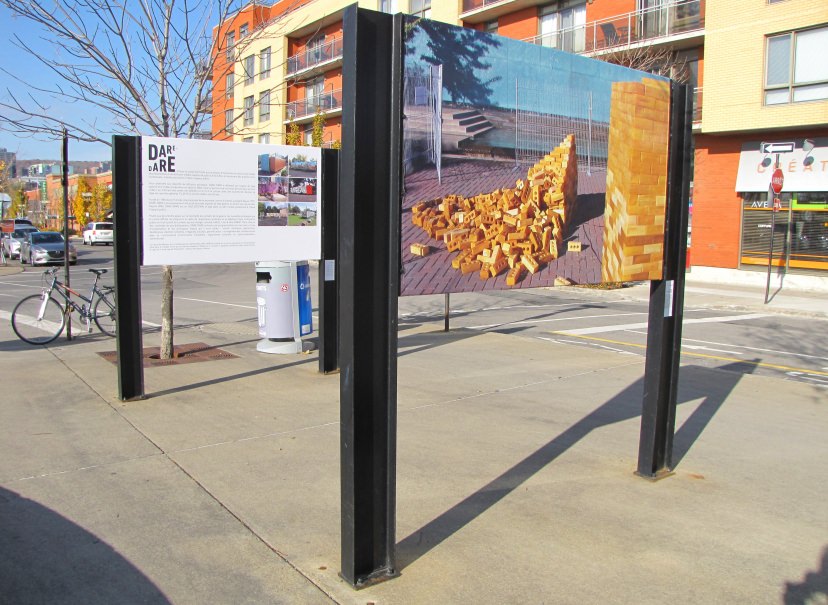 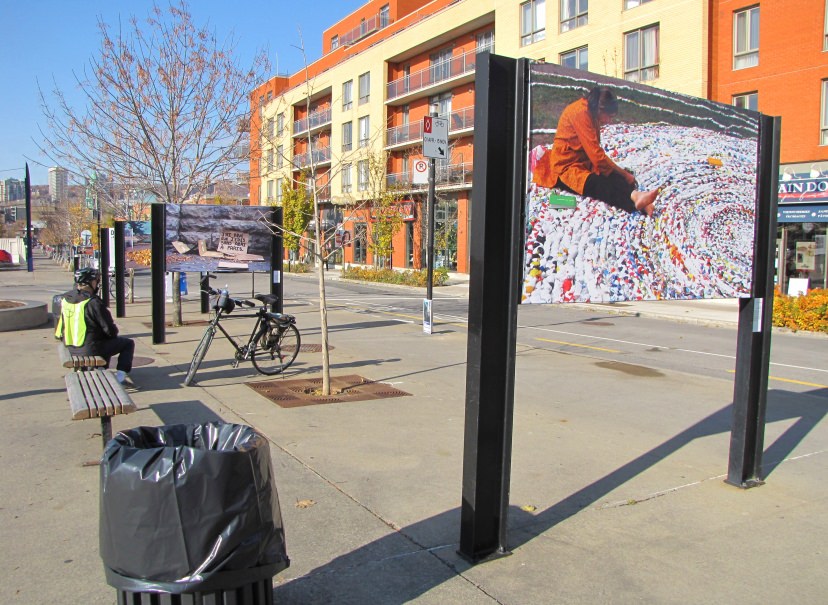 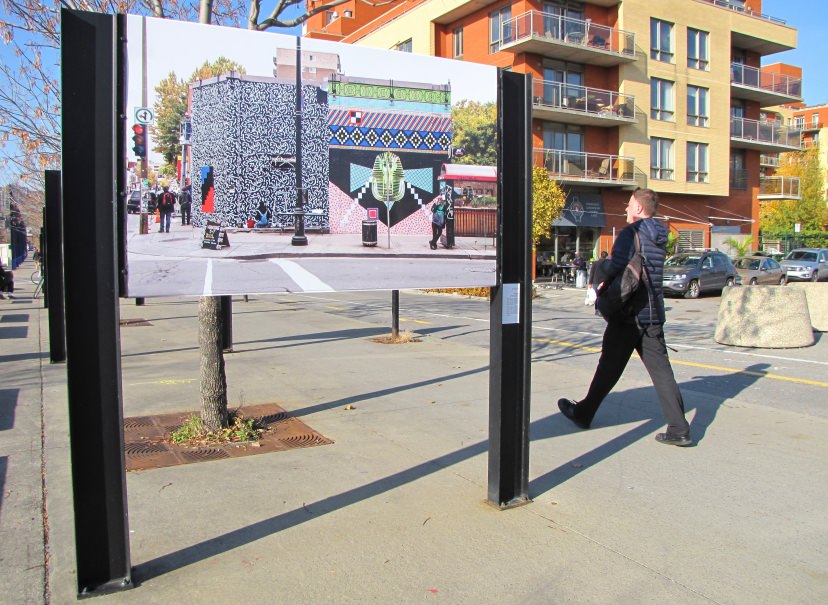 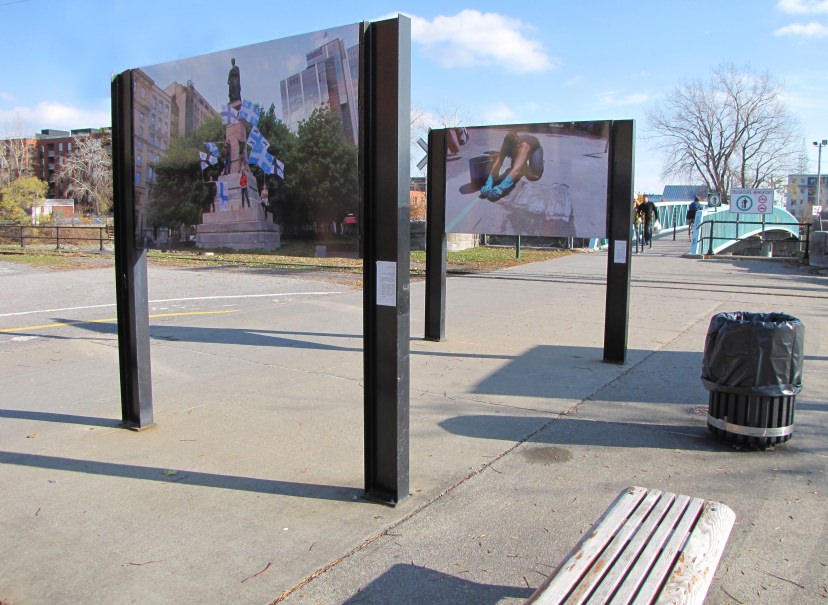 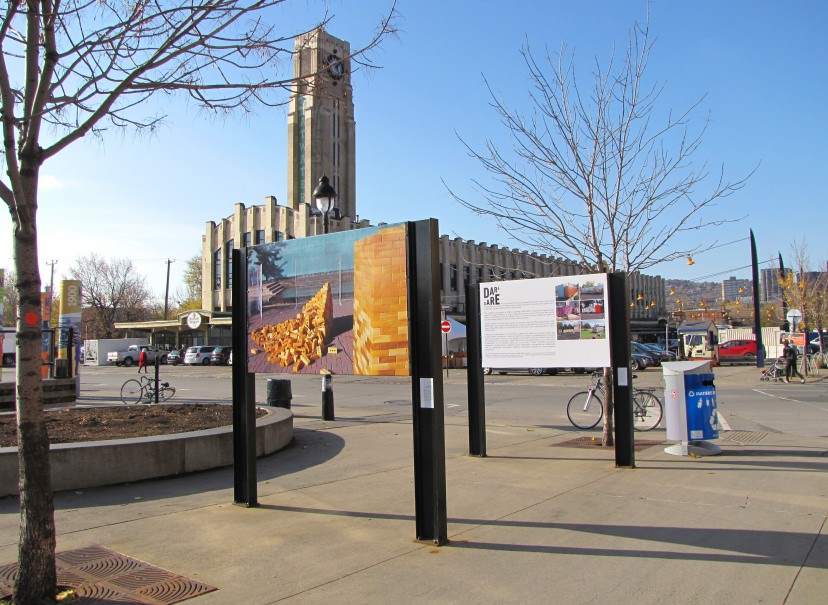 DARE-DARE'S “LA DIS/LOCATION DE DARE-DARE” exhibition proposes a retrospective glance on the first decade of the urban articulation project, lead by the centre since 2004.

That year, with the intention of promoting the diversification of artistic works' and interventions' methods of presentation, DARE-DARE decided to concretely bring to fruition certain concepts on the appropriation of public space in contemporary art. Those zones of contention had been nourished for several years by its members. From then on, the centre began the experimental project of positioning itself in the urban network. DARE-DARE left the gallery on Sainte-Catherine’s street to settle into a trailer office within the city area. The move to more radically implant DARE-DARE in the city of Montreal's public space joins within the framework of the polyptych Dis/location: urban articulation project, the first segment of which began with the installation of the  trailer office in the Square Viger park. Since then, DARE-DARE's headquarters migrates from district to district, pursuing its exploration through two to three year successive installations, on various sites which  elicit stimulating questions of social, political, historic or urban orders.

This exhibition thus briefly presents the centre's mandate and some of the issues the artists engage with, by means of their artistic intervention(s) in the city's public space. We identified eleven projects produced between 2004 and 2014 -one for each year- and assembled them in the form of an exposition, in order to see and understand the shapes of which short-lived artistic interventions of current art in the public place can consist.