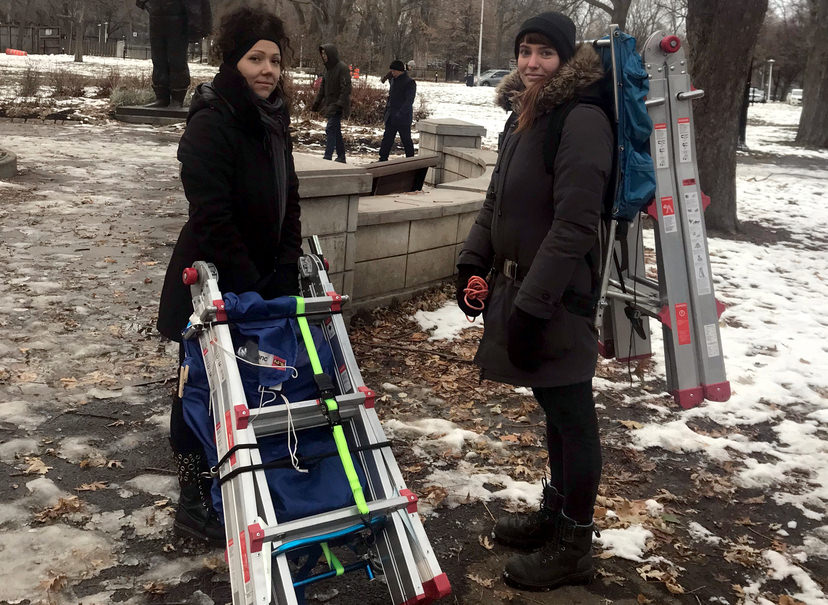 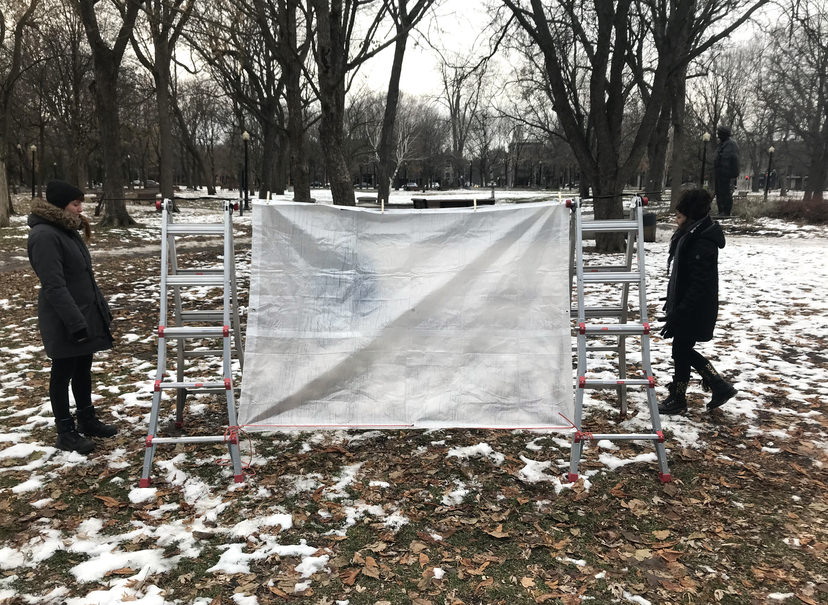 January 27, 2020
Reacting to the limits of a duo, or what to do with a stepladder-in-a-rolling-backpack (a text on Nady Larchet and Stéphanie Nuckle)

During the 2020 Duologies programming year at Dare-Dare, our resident Renata Azevedo Moreira will attempt to bring a fresh perspective on the works each one of the duos is producing. This does not mean she will present to the audience the results of what they achieved during the year, but rather talk about the evolutionary development of their artworks. In other words, instead of targeting the outcome of the projects each one of the duos in working on, Renata will unveil parts of their ongoing paths and fructuous idea.

Reacting to the limits of a duo, or what to do with a stepladder-in-a-rolling-backpack
On Nady Larchet and Stéphanie Nuckle

Renata Azevedo Moreira is a writer, researcher and curator. She is a PhD candidate in Communication Studies at Université de Montréal with a co-direction in Art History at UQAM. Her research focuses on the exhibition of media arts, in particular on the dialogue established between the curatorial gesture and the processual creation of the artwork. Renata is the Communications and Parallel Programming coordinator at the gallery Arts Visuels Émergents, having also produced essays and analytical texts for exhibitions at Skol Centre and Studio XX, where she is respectively a member of the board of directors and of the programming committee. Renata regularly publishes exhibition reviews in her column L’art au rendez-vous on Baronmag, and her texts can additionally be found in journals such as Esse arts +opinions, Commposite and Cahier d’École.