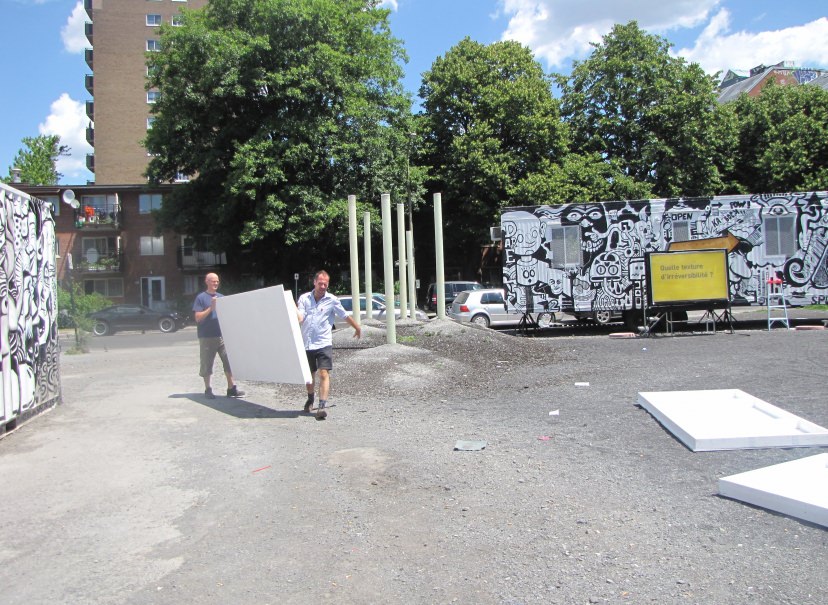 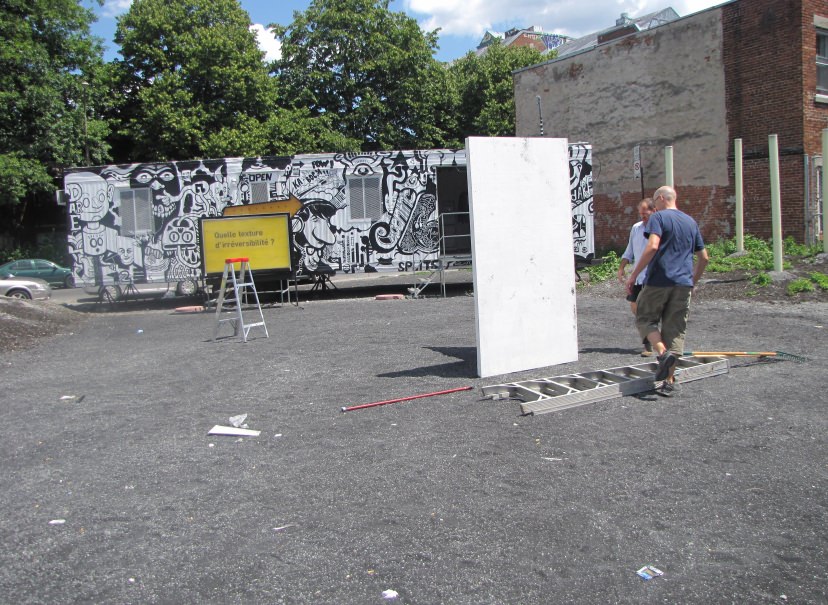 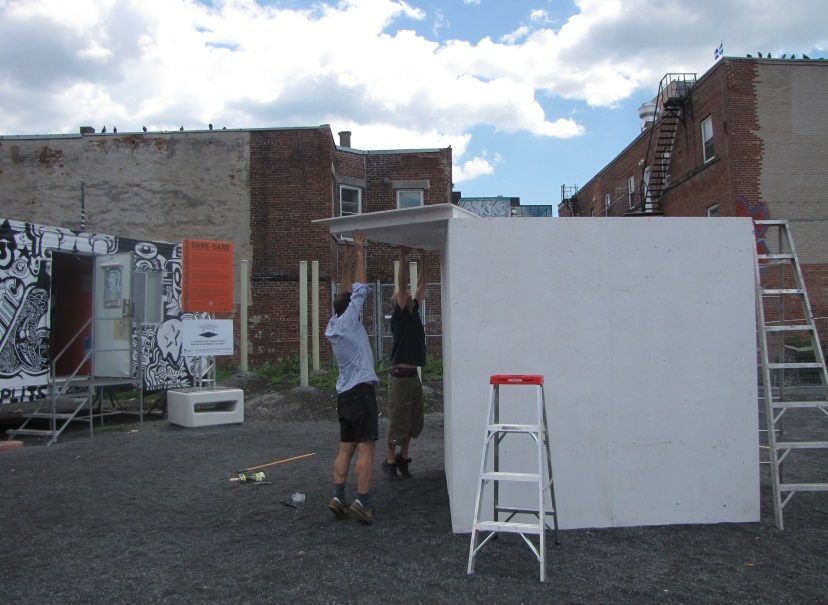 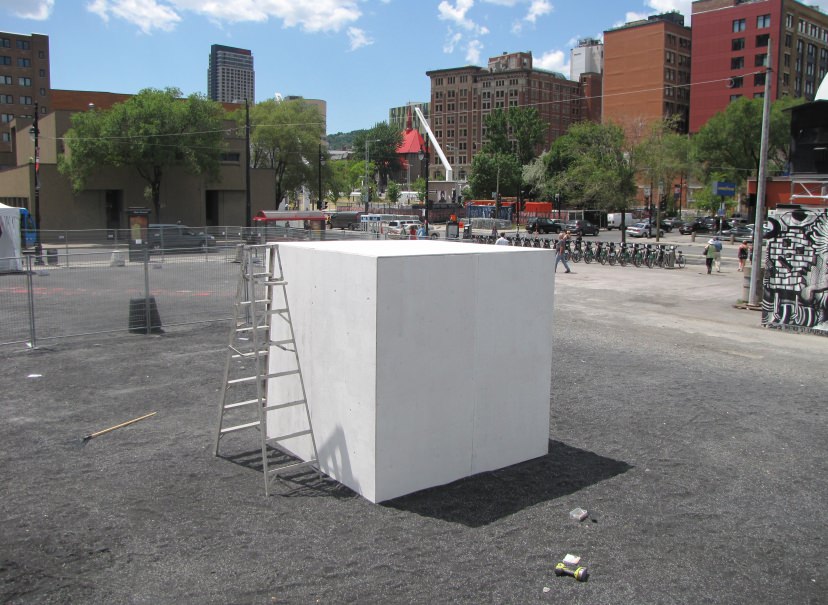 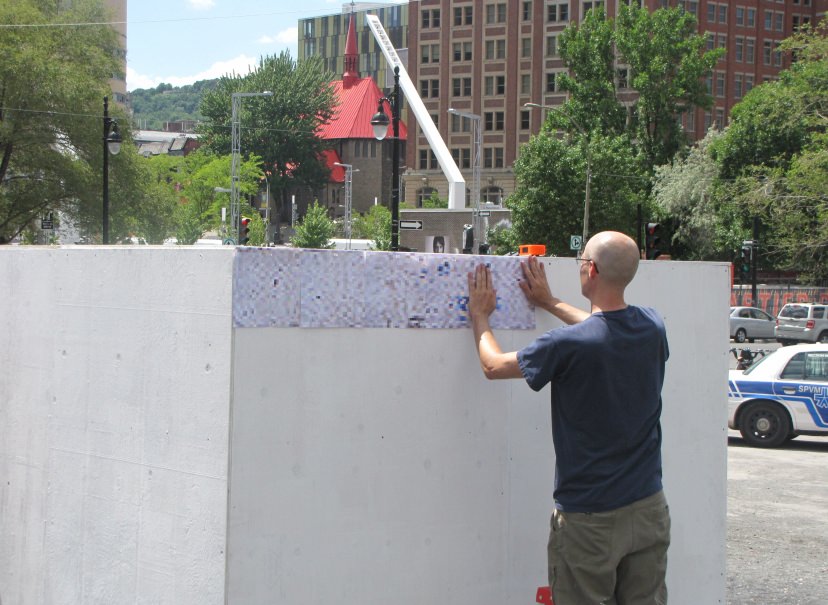 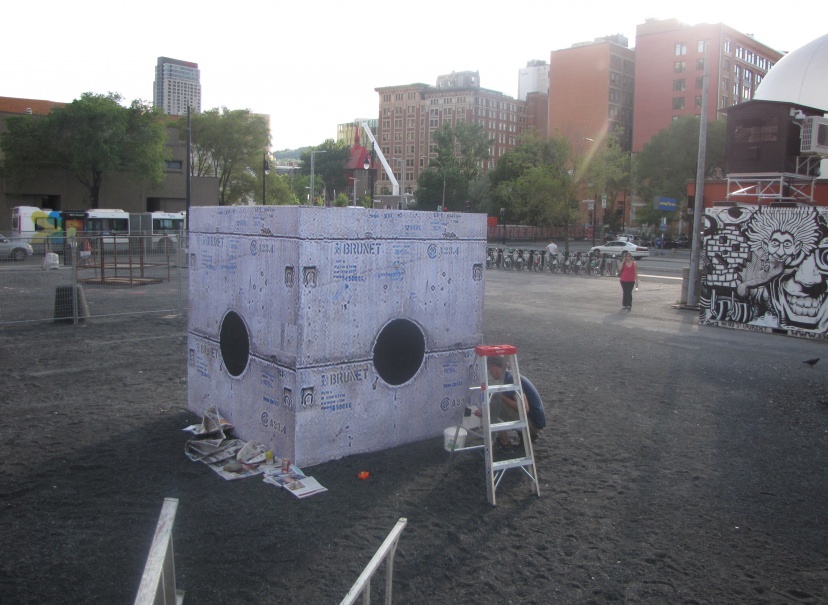 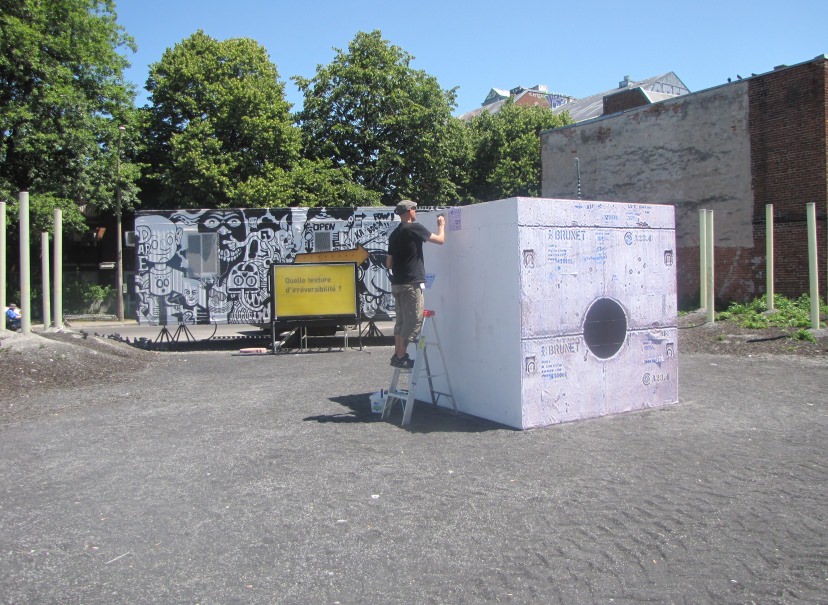 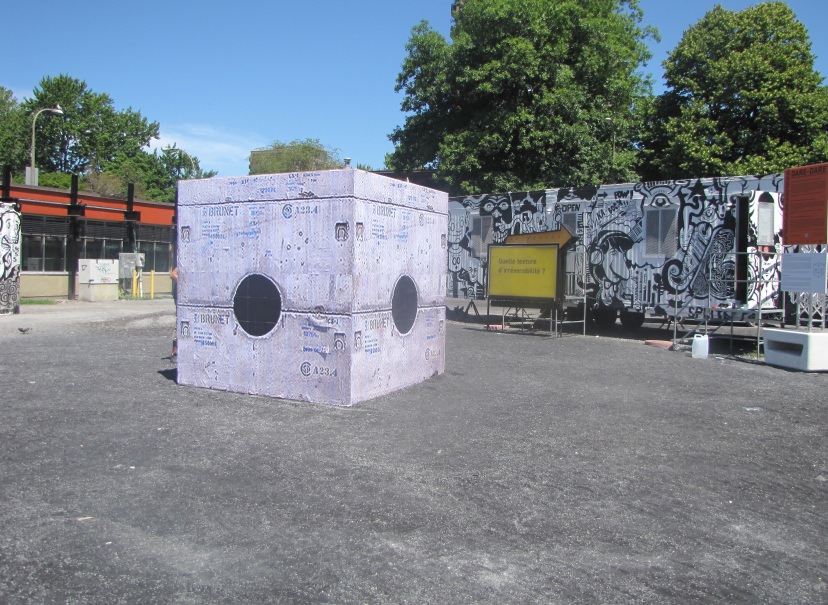 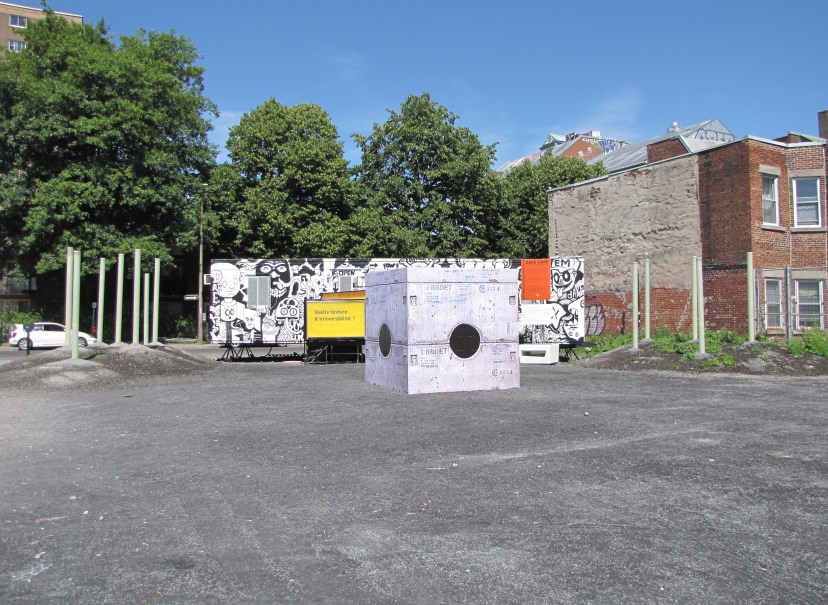 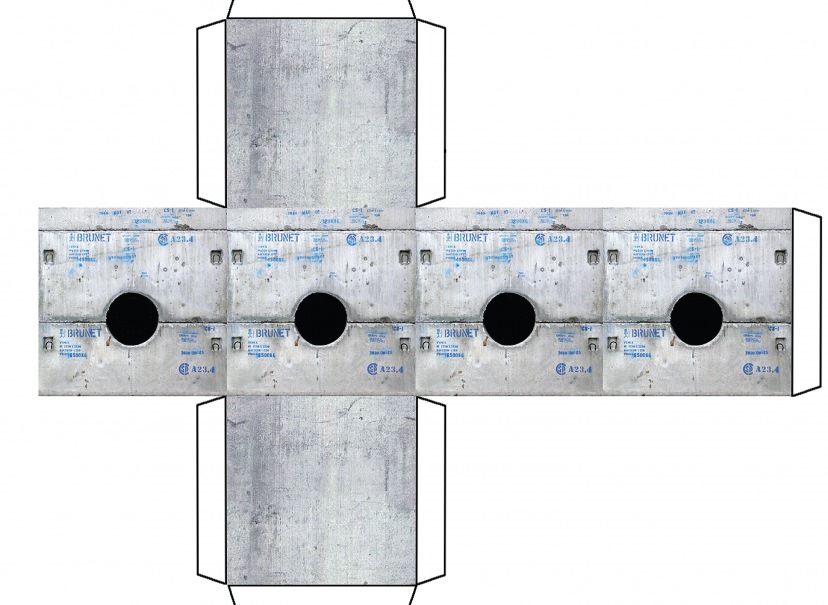 Using the materials and frameworks of our built environment, Ross Campbell presents his latest project Distribution Box. The project consists of two components, one a full-scale publicly installed object and the other a small-scale paper model. The Box itself is a replica of a subterranean water distribution box, which is used to connect water lines within the city's infrastructure.

The paper model is self-assembly and offers the participant a personal component echoing the box's notion of distribution. Throughout the project ephemeral materials, like paper and paste, are employed to demonstrate the tangible and transient ways we connect; as through physical and social structures. The Box is intended to create discourse around notions of place and perception, the built and the rebuilt. These connections are not always prescient, as the Box itself appears real from the distance and is revealed as decoy when near.

Ross Campbell's work playfully looks at notions of place and order as mediated by technology and other human constructs. Investigations are meant to stimulate ideas and create situations that examinate relationships with the places we inhabit and how space can be culturally framed. Campbell has lived, studied, and exhibited in the United States and Canada; he now calls Montréal home.