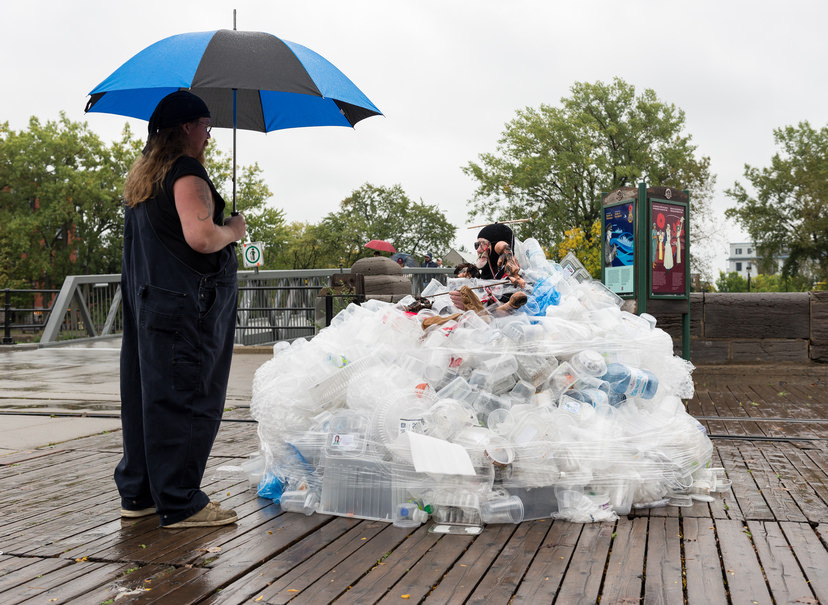 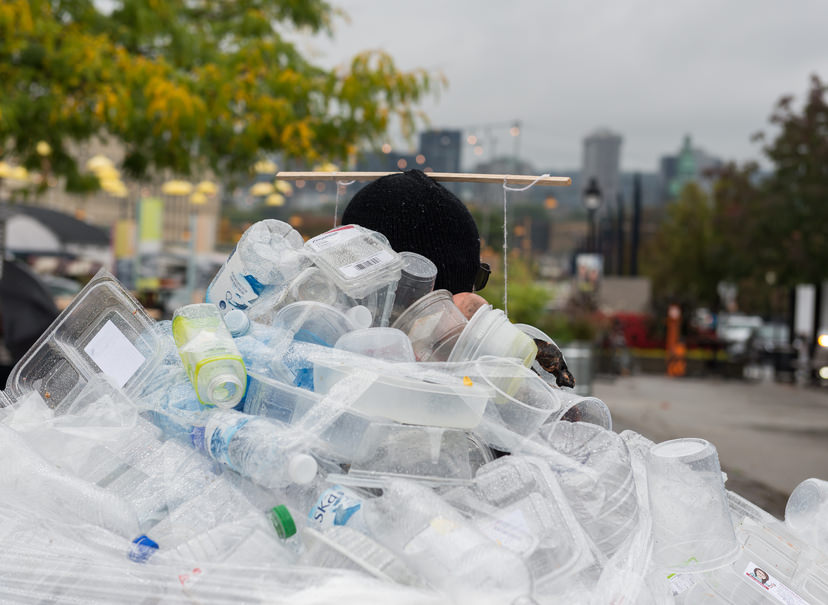 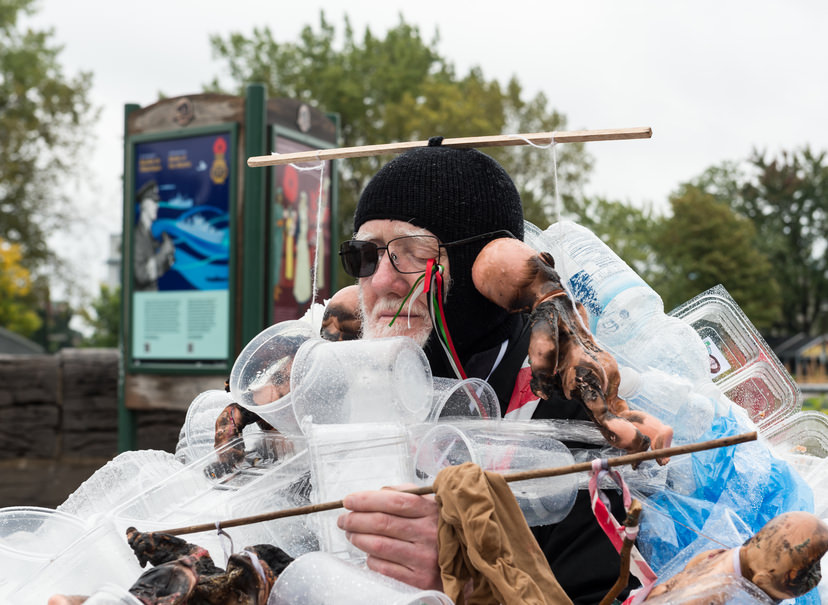 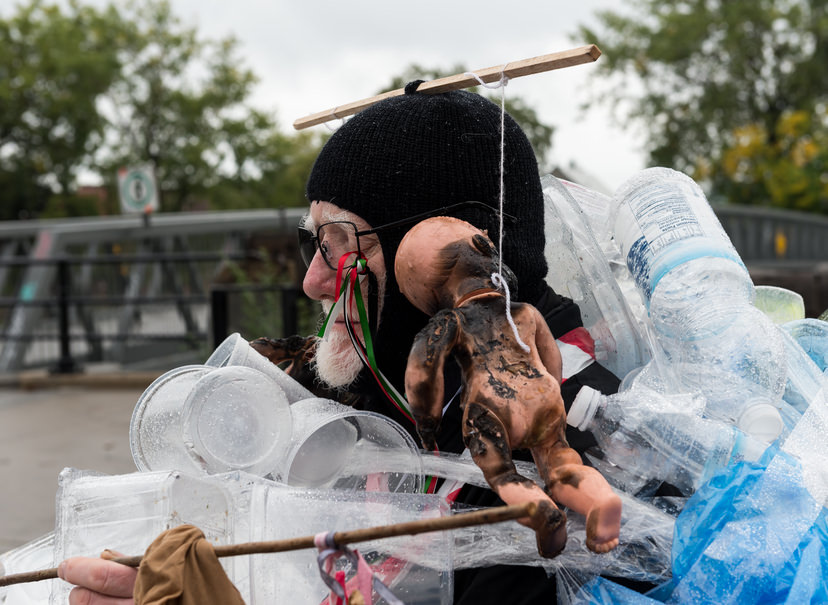 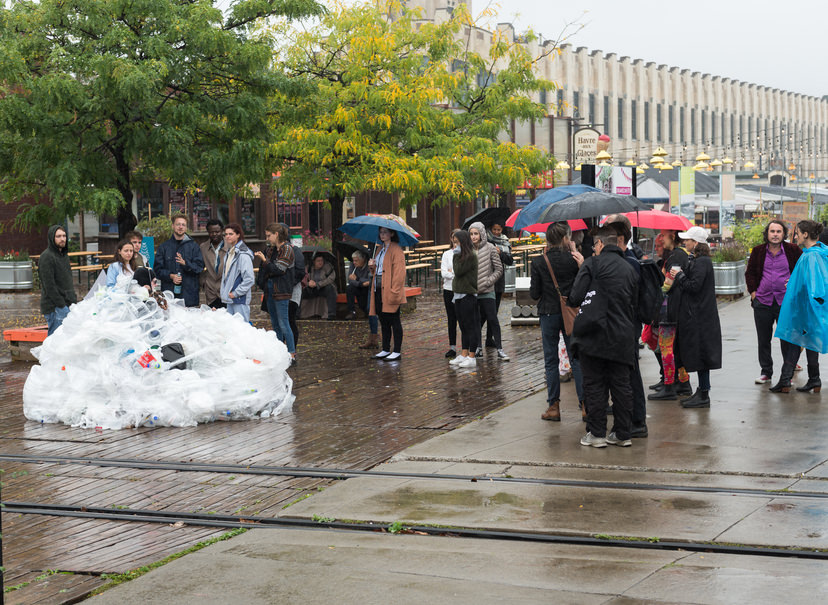 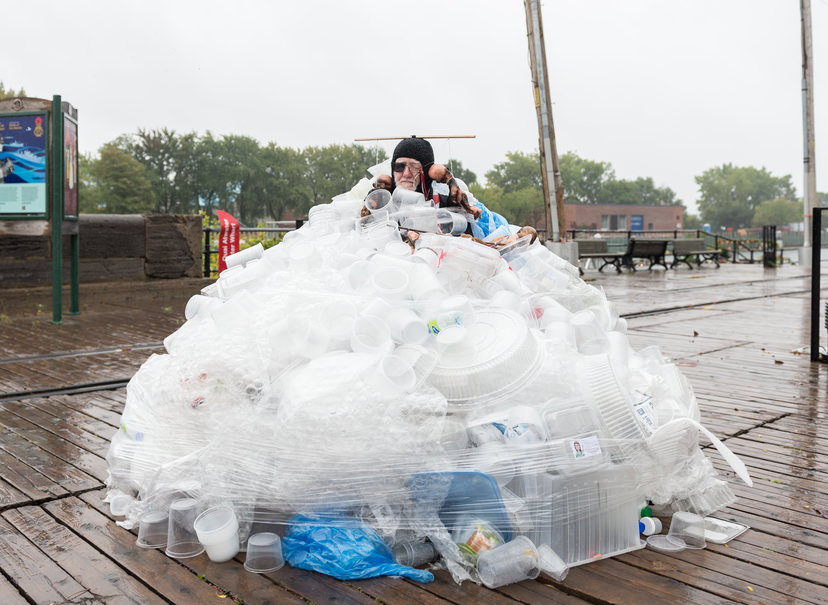 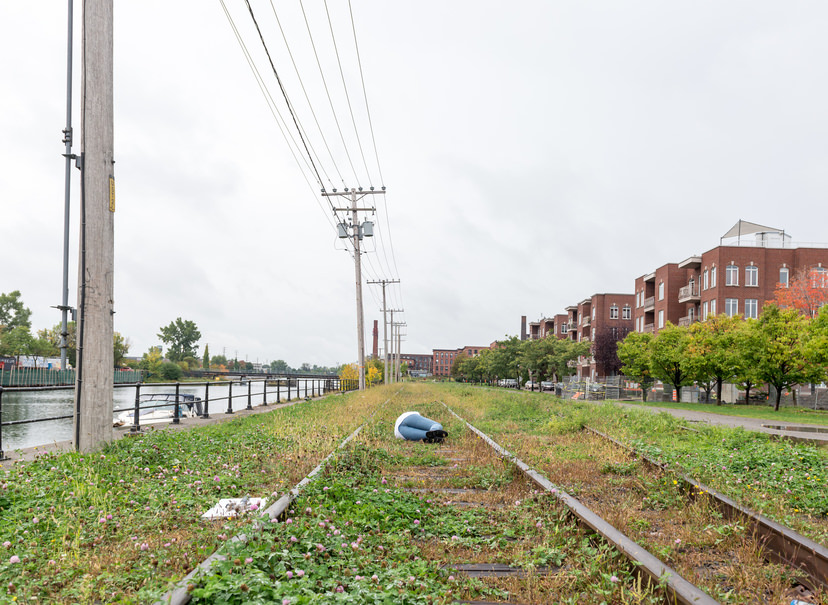 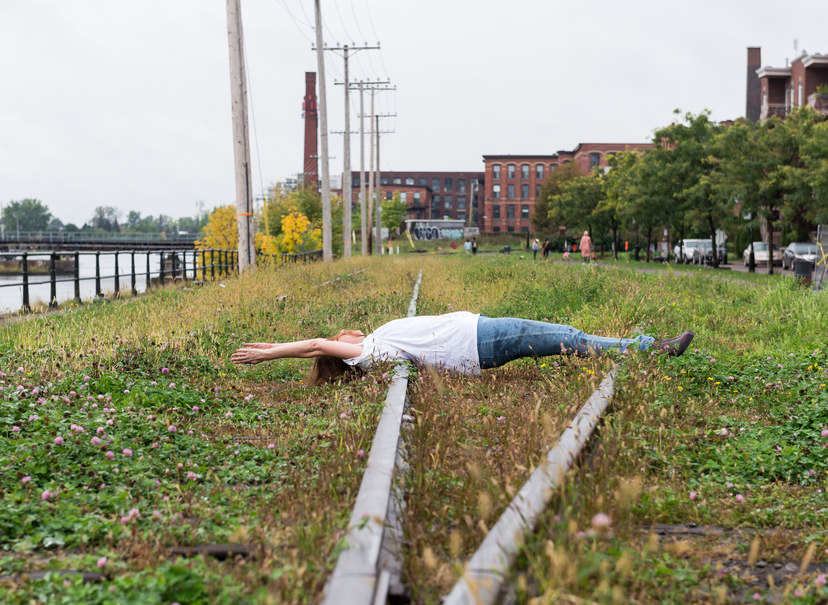 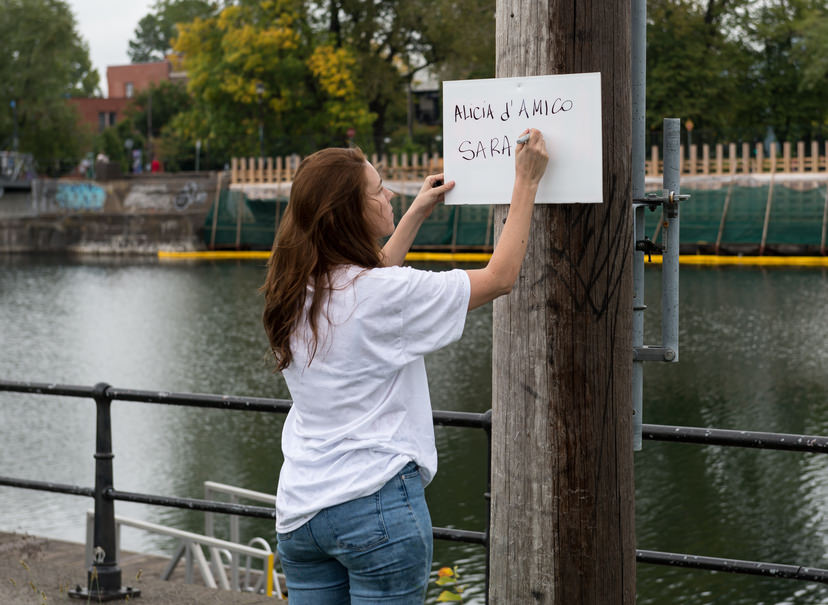 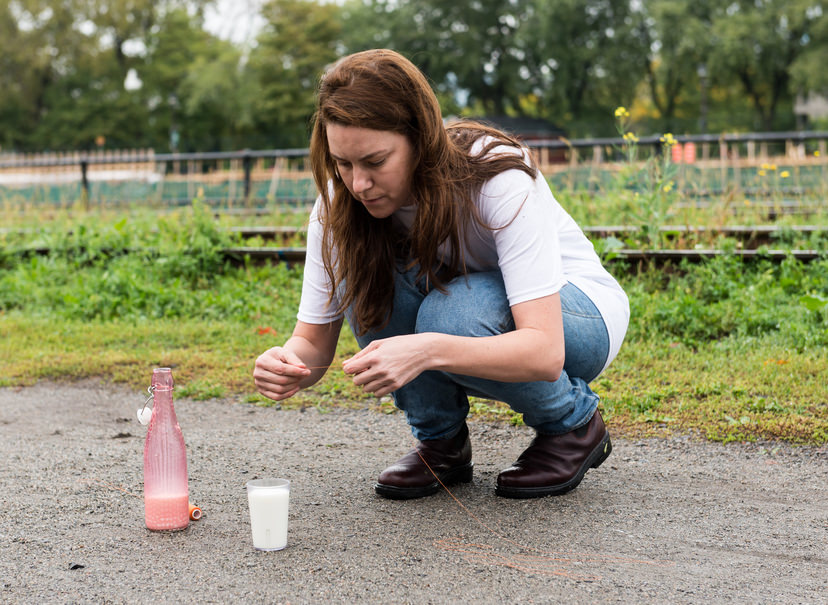 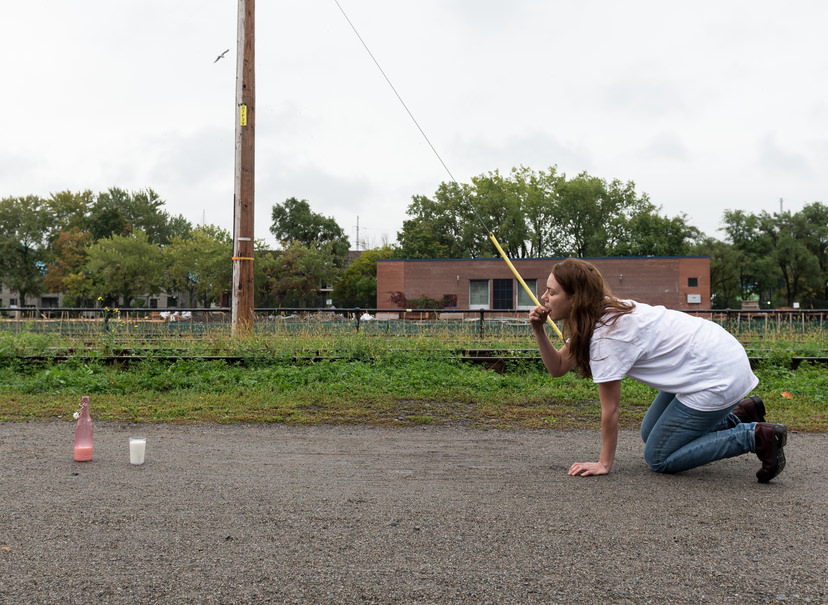 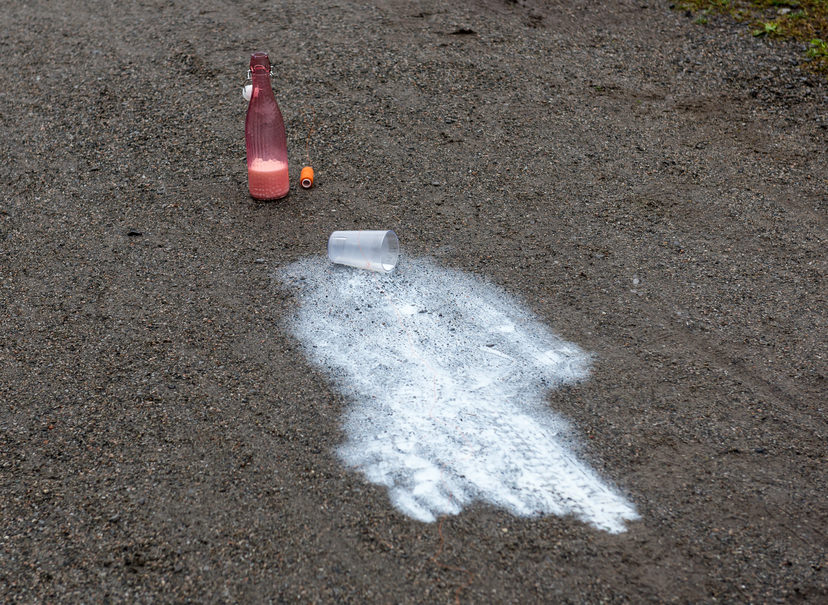 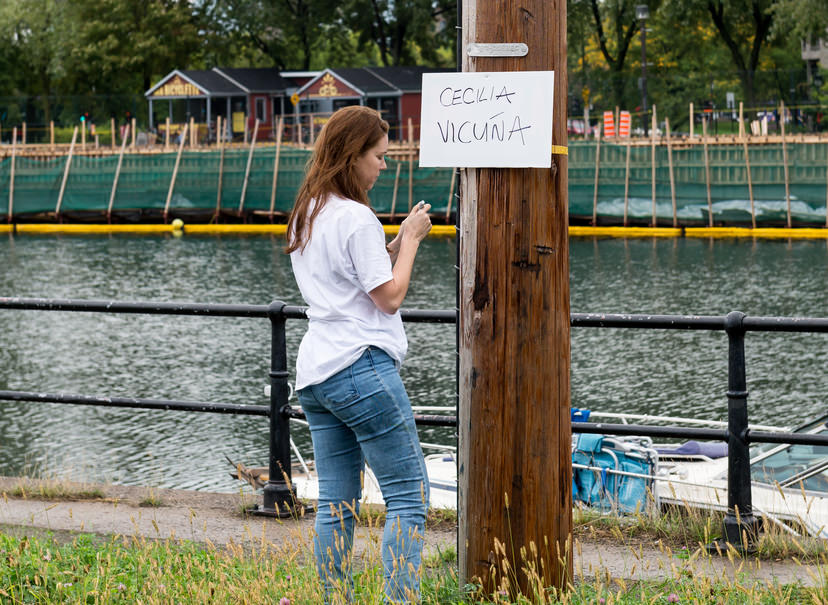 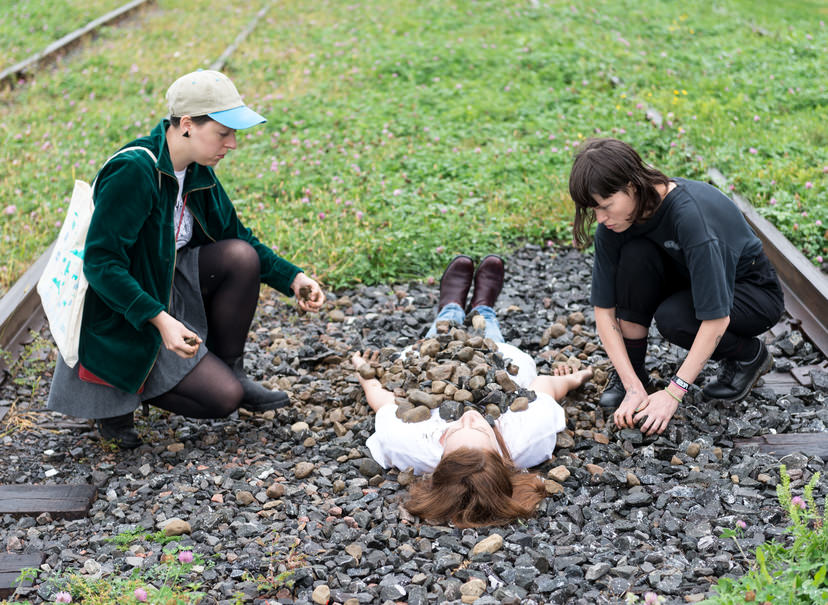 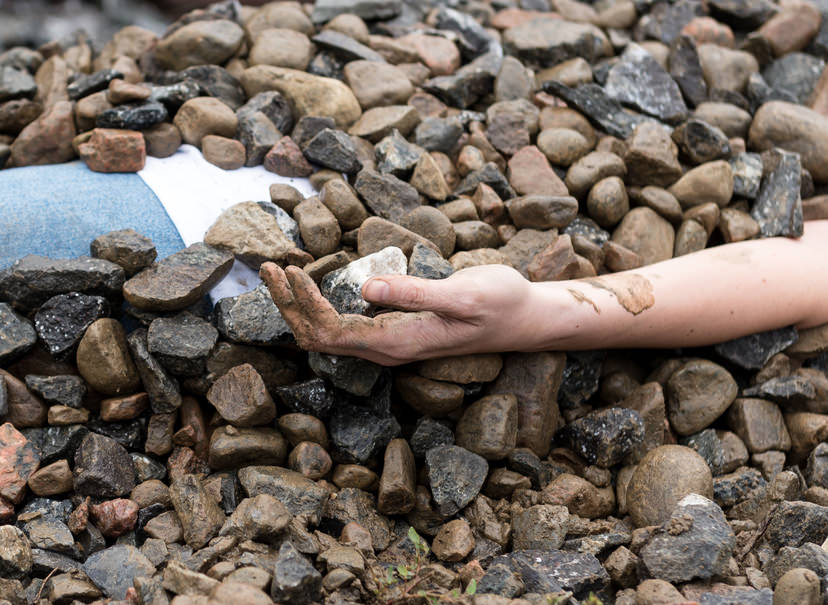 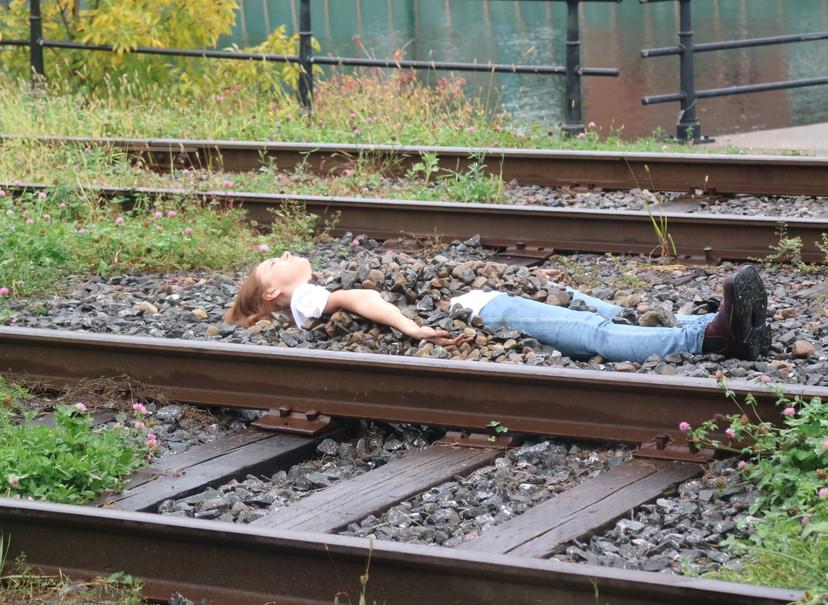 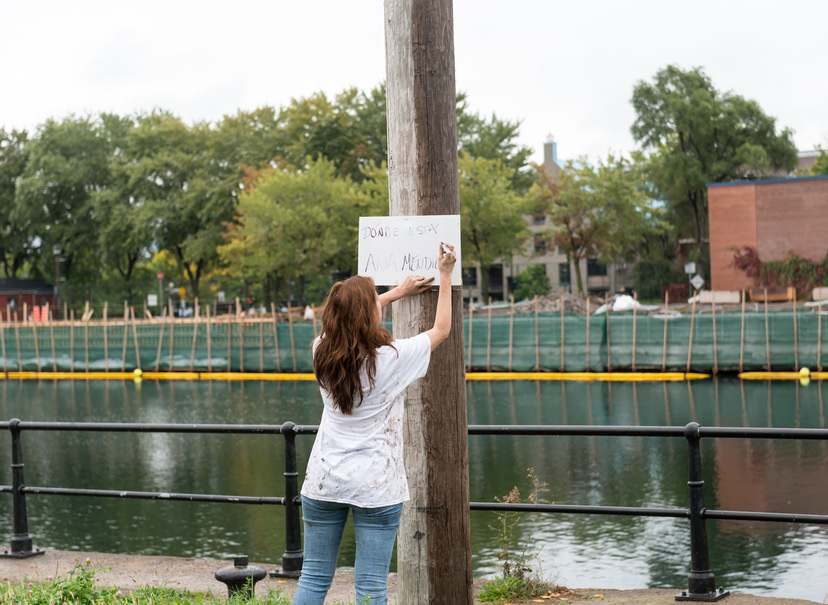 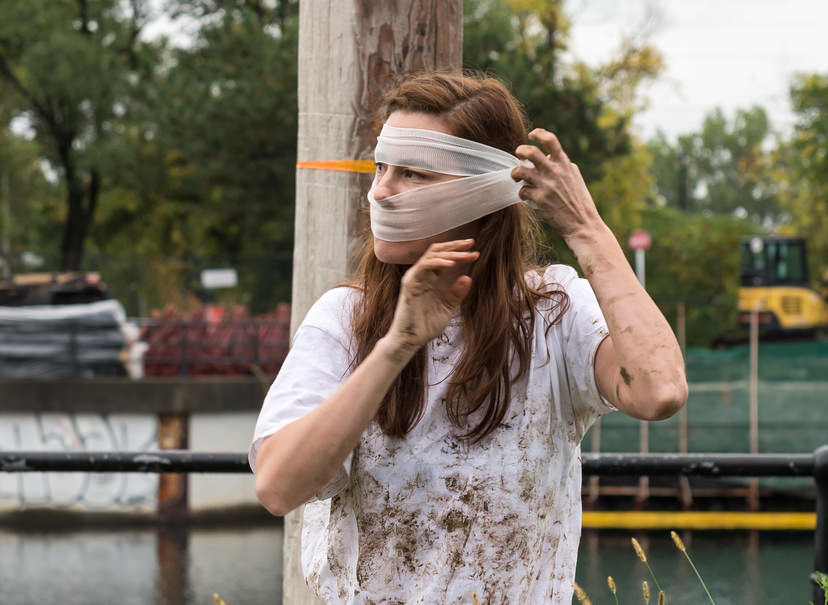 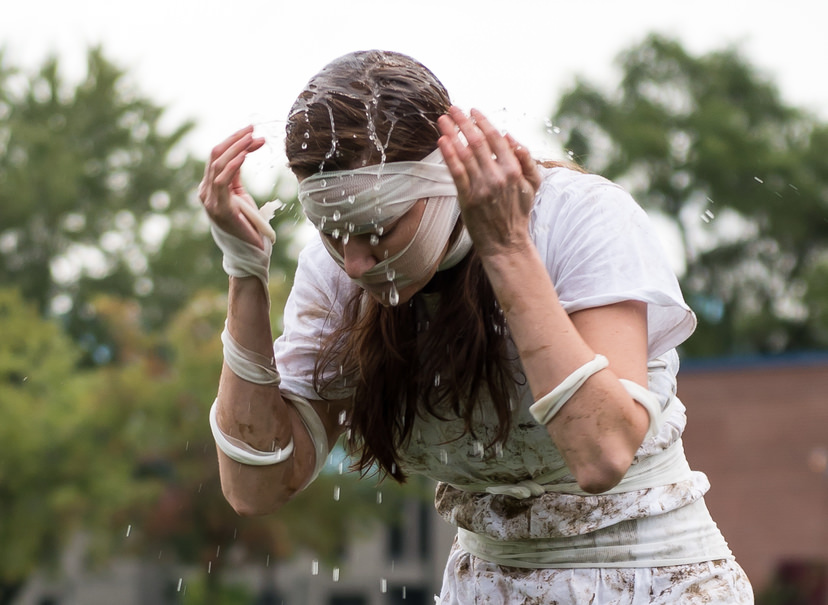 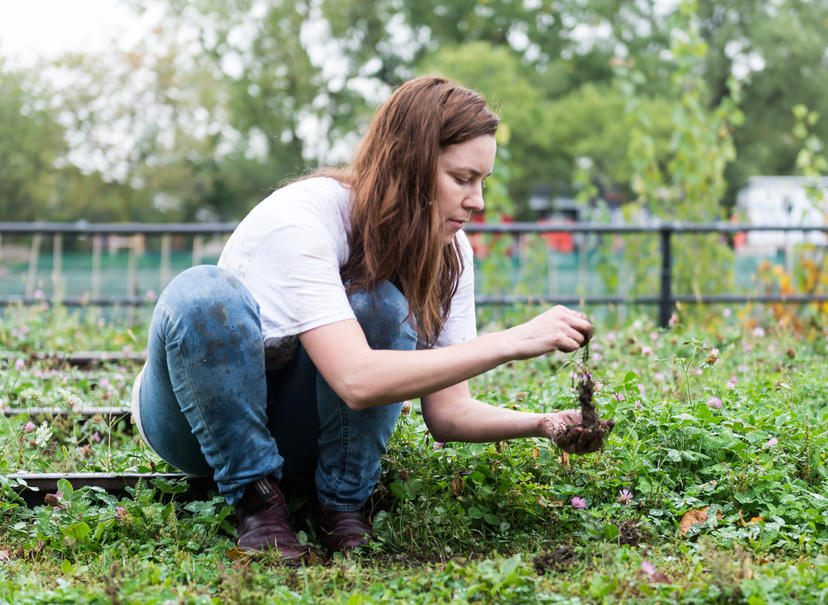 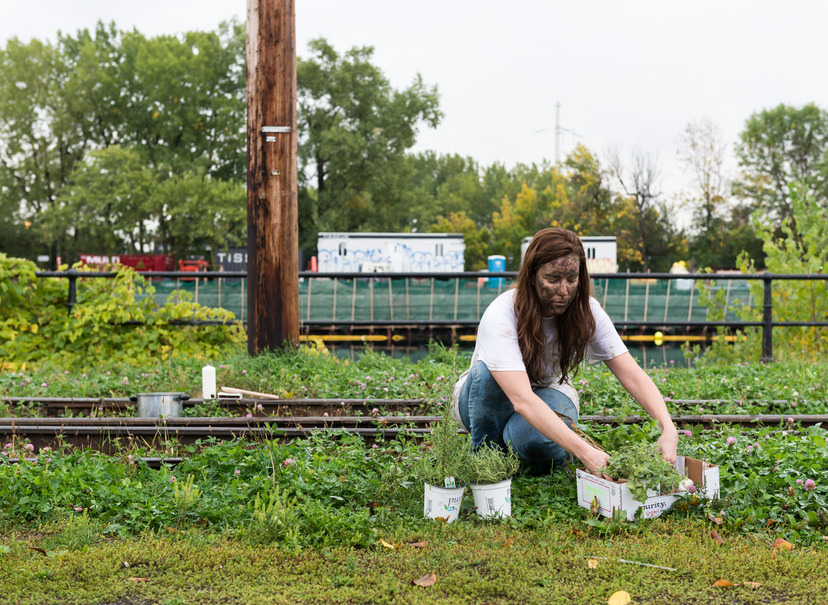 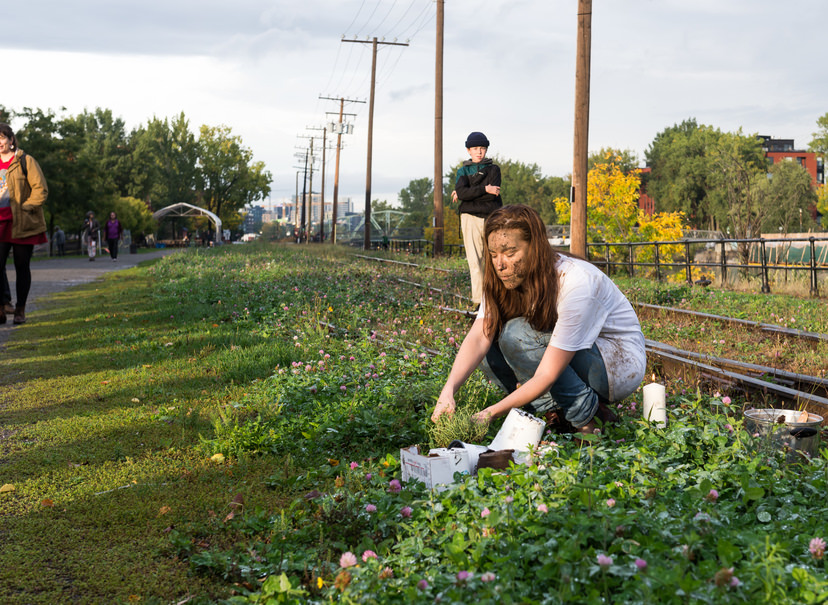 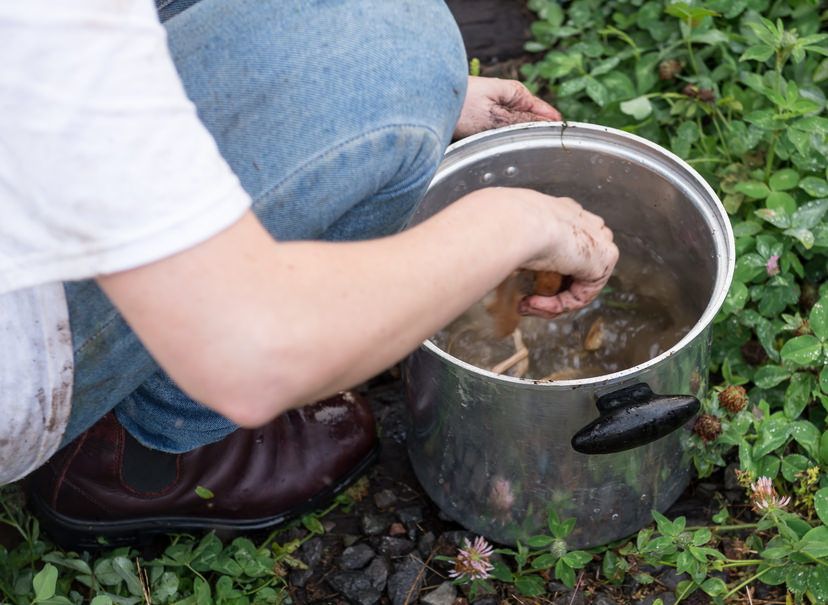 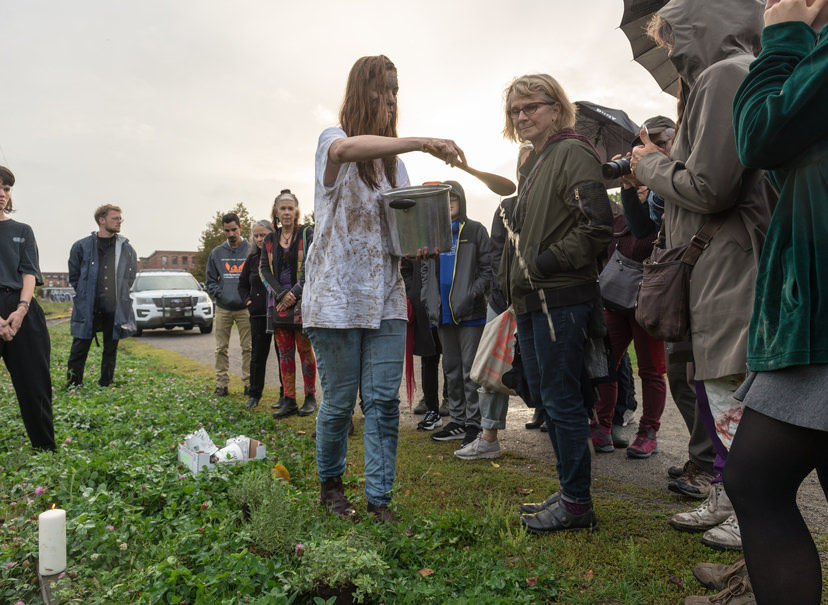 DARE-DARE remains true to its tradition for this seventh edition of VIVA!

We have mandated the artist Christian Bujold to develop his selection by promoting practices that resonate issues that animate the Artists-run centre. This year again, site specific practices have been favoured, incorporating a perspective of space and duration as a formal and conceptual component of the work.

"Performance art is above all a matter of commitment. This concept manifests itself, starting from the piece itself, whwen the artist commits his ideas to form, to actions, and to the context in which it will be challenged. It implies a blind commitment that places the artist in the centre of a quite interesting paradox : their work is fragile and can collapse at any time, but to surrender is inconveivable. Performing thus consists in positionning oneself in full trusting of the climax of doubt

From this idea of commitmen can stem that of authenticity, many times brought back, as by the tide, when talking about performance art. Naively, perhaps, I prefer talking about sincerity and relevance and that which, among other things, captivates me in work of artists such as Alastair MacLennan and Guadalupe Martinez : sincerity and relevance of their engagement, as well towards formalist, political and theoretical aspects of the discipline, than by the conceptual landscape that they deal with..

Undeniable dean of performance art, at an international scale, Alastair MacLennan challenges the psychological and psychic sources of the performative movement within the artist and the ethical principals that anchors them to the world. Using absurdist and critical discourse not unlike the Black Market International group which he is a member of, MacLennan exposes the impacts of artistic action, and its critical function, on the ecology of capitalism et its environmental consequences.

Guadalupe Martinez maintains at once a work on territory, traversed by political, historical and social relations of things, but with an unmistakeably feminist and identitiy-based approach. Of the many qualities of her rhizomatic pieces, I want to highlight the exploratory effort of sharing and understanding of the information sought in her researches. The complexity of her findings is performed in a surprising candor, integrating the audience in a game of multiplied senses."

ALASTAIR MACLENNAN is Emeritus Professor of Fine Art, School of Art and Design, Ulster University in Belfast. He is one of Britain’s major practitioners in live art. He is a founding member of Belfast’s Bbeyond Performance Art International and founder member Art & Research Exchange.

Since 1975 he has been based in Belfast and was a founder member of Belfast’s Art and Research Exchange. He is also a member of the European Performance Group called ‘Black Market International.’ During the 1970’s and 1980’s he made long durational performances in Britain and America, of up to 144 hours each, non-stop, usually neither eating nor sleeping throughout. Subject matter dealt with political, social and cultural malfunction. He currently travels extensively in Eastern and Western Europe, also America and Canada, presenting ‘Actuations’ (his term for Performance/Installations).

GUADELUPE MARTINEZ is an artist, researcher and educator living in Vancouver, BC. Her practice explores the poetic and political relationship between the body, memory and place. Through a research-based process, Martinez creates installations and performances that look at the invisibility of particular narratives and their historical relation to time and place. By examining the relationship between the body and the everyday places in which it performs, Martinez develops gesture and choreography as a unifying principle where materials, bodies and place converge.

Martinez grew up in Buenos Aires where she completed a BFA at the Instituto Universitario Nacional del Arte. She holds an MFA from the University of British Columbia in Vancouver, where she has been living since 2008. In 2010 Martinez attended the Master Class Residency with Ken Lum at The Banff Center for the Arts which significantly influenced the development of her work. Martinez is a Sessional Instructor in Performance Art and Actions at UBC. Her ongoing research in Performance Art and Pedagogy infuses her teaching practice with notions of embodiment, phenomenology, healing, and decolonization of bodies and institutions.

DARE-DARE in partnership with VIVA! present

IGNACIO PÉREZ PÉREZ (Venezuela, 1984) is a performance and nomadic visual artist working internationally. His work explores phenomenal reality as a long journey to arrive here where we are. He creates experiences of ritualistic playfulness and worldly contemplation to observe and encounter otherness and its permanent state of transformation in the realm of everyday life. His practice crosses diverse fields as performance art, street photography, walking, poetry, meditation and networking.

He has shown his works in public spaces, museums and festivals in South, North America and Europe. In 2006, along with Aidana Rico and Amira Tremont cofounded PERFORMANCELOGÍA, an organization dedicated to dissemination of performance art documentation (www.performancelogia.blogspot.com), and since 2008, is member of PerfoLink, latin american platform for performance art (www.perfolink.org). In 2009 he started Global Performance Art Walks (http://facebook.com/globalperformanceartwalks), collective project of performances made by walking. Ignacio lives and works in Helsinki, Finland.