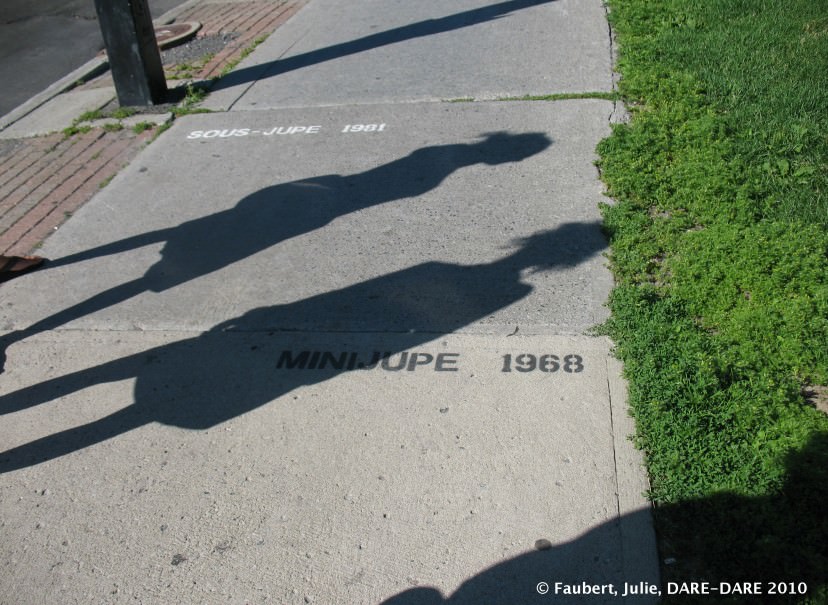 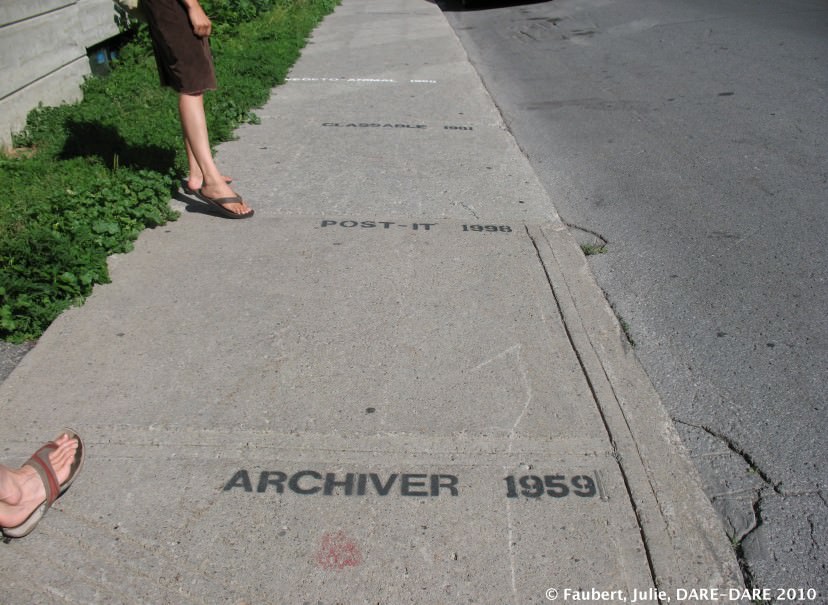 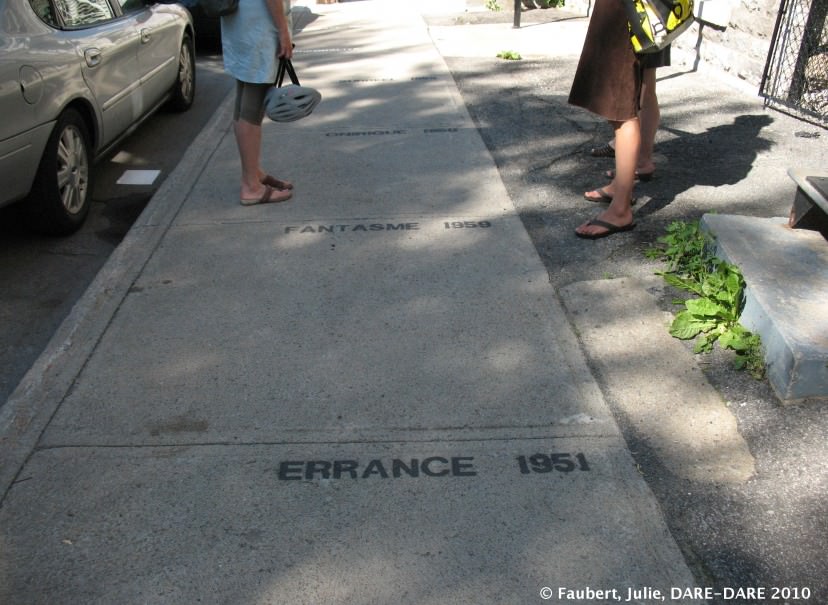 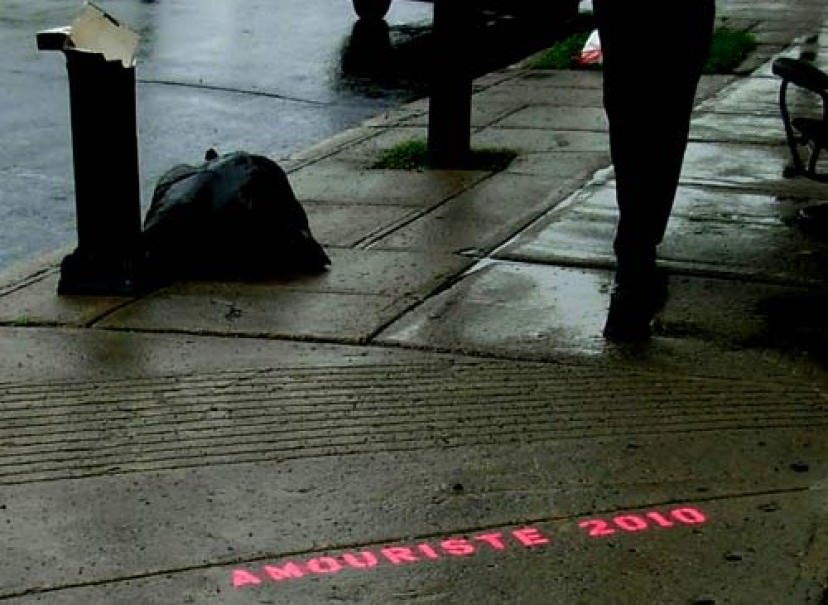 Julie Faubert’s Les Mots offers the city as a critical space in which to reflect on words that permit (or forid) us to think.

Words that we treat with thick kid gloves.
Words with ambiguous and shifting definitions.
Words that need constant re-inventing by those that wish to be faithful to their meanings.

Les Mots asks us to consider how these waves of appearing and disappearing words have shaped our contemporary relationship to language.

Les Mots is an urban intervention project presented by Julie Faubert as part of Dare-Dare’s 2010-2011 programming. It brings together over 125 phrases that use dated* - archaic (1900-2000), added (1900-2000) and invented (2010) words. The sidewalks of Quartier des Faubourgs will become the pages on which her sentences will unfurl, mirroring the rhythmic movement of each passersby.

In this way, Les Mots will transform the simple act of walking into an act of playful assocation with language as a mode for lucid, critical and perhaps even cynical reflection.

* These dates correspond directly to the years when the words appeared or disappeared from the dictionary. 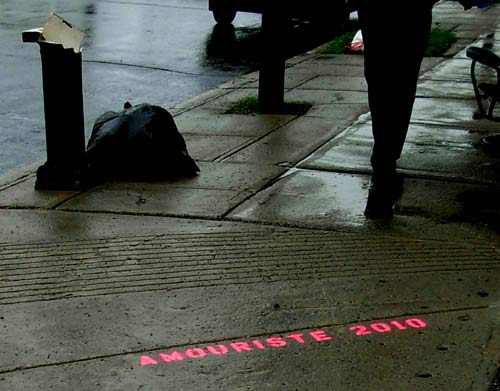