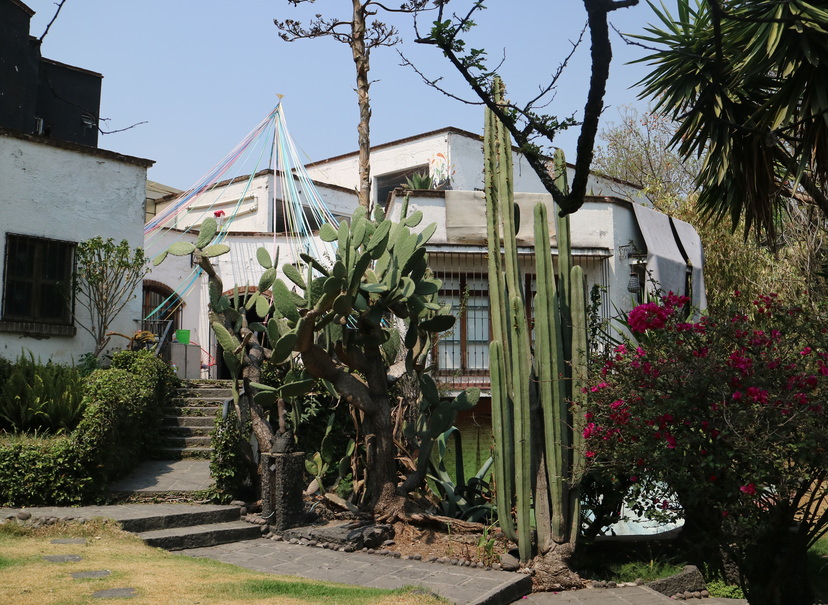 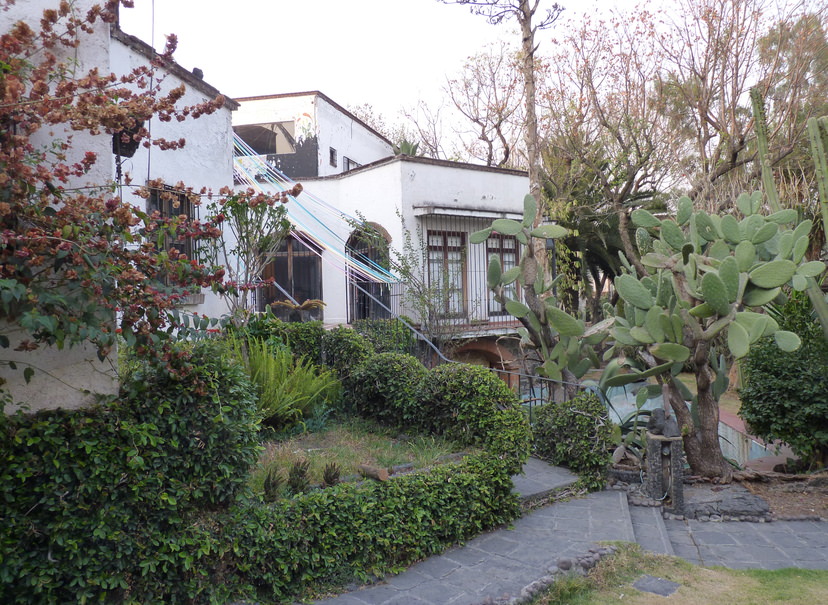 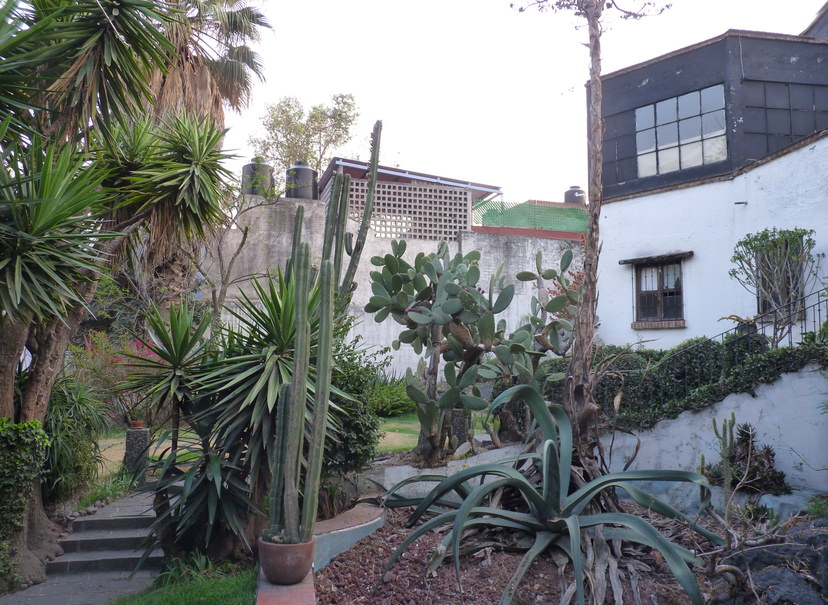 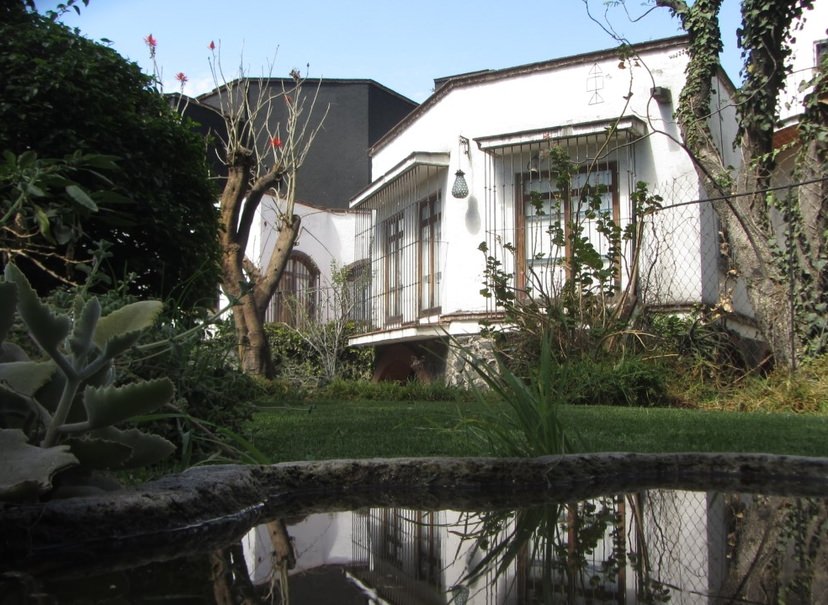 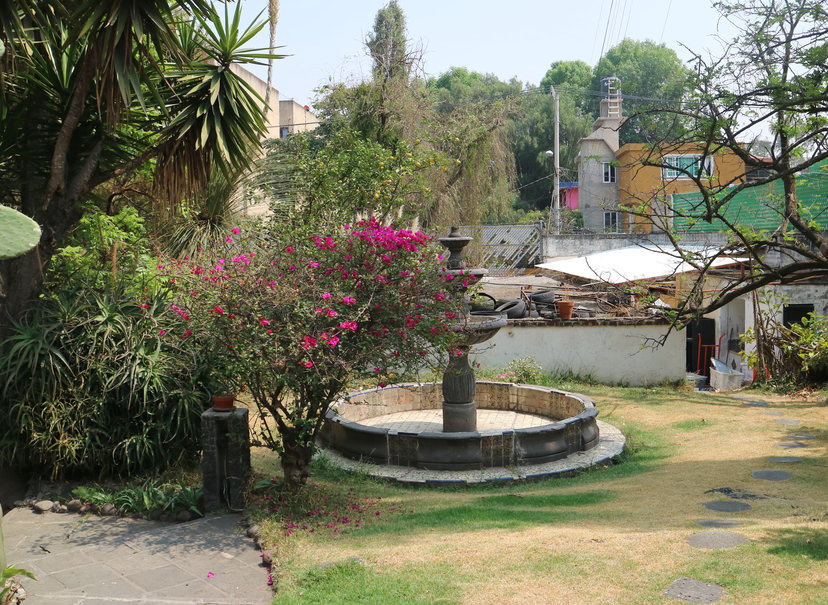 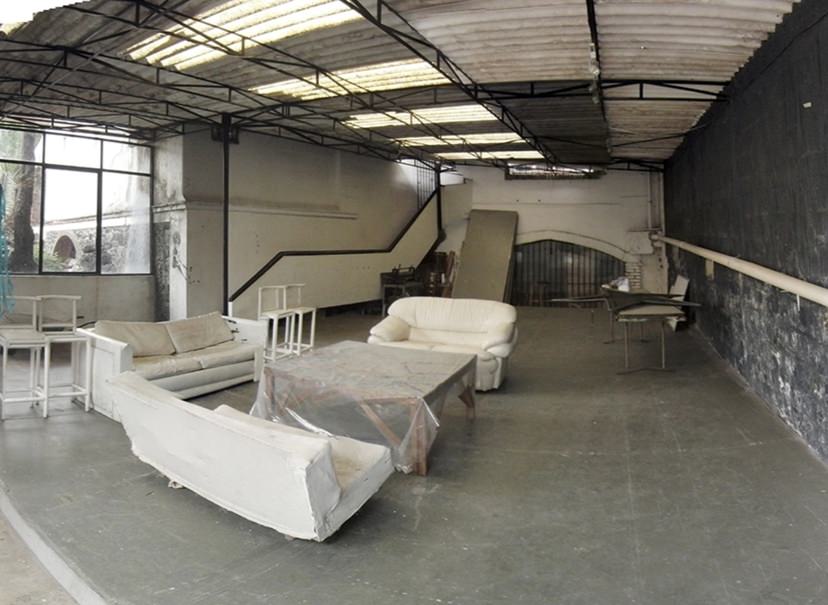 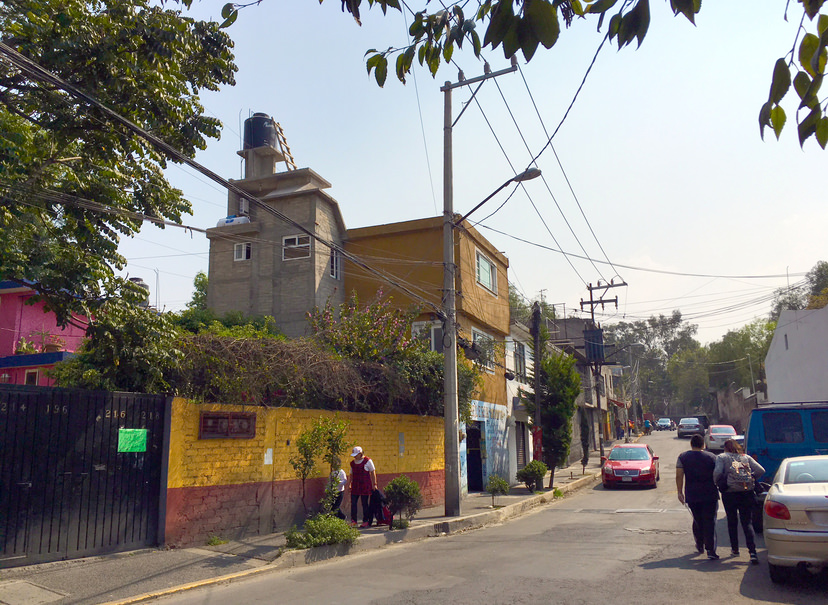 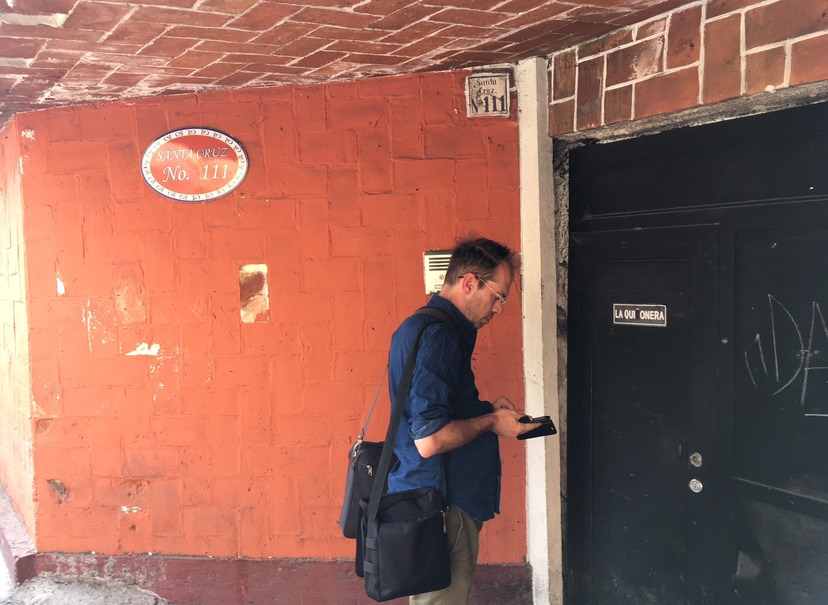 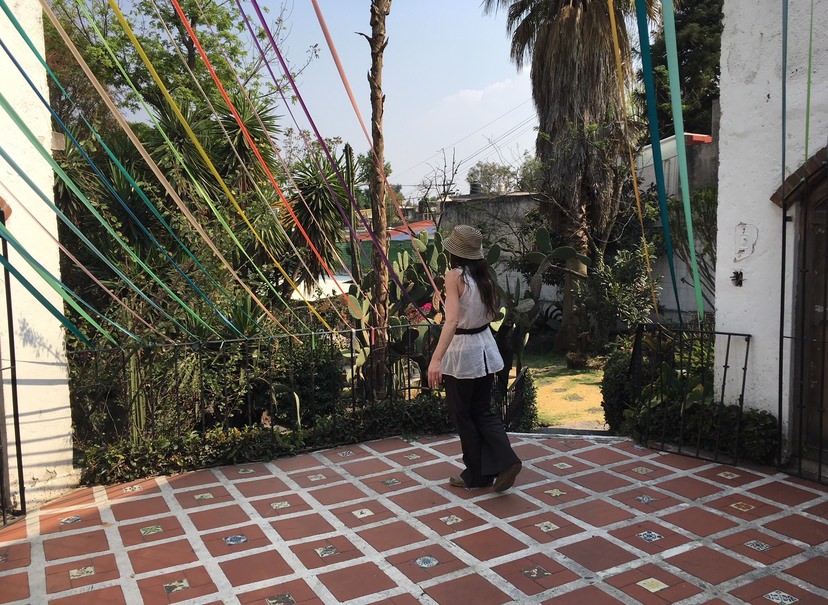 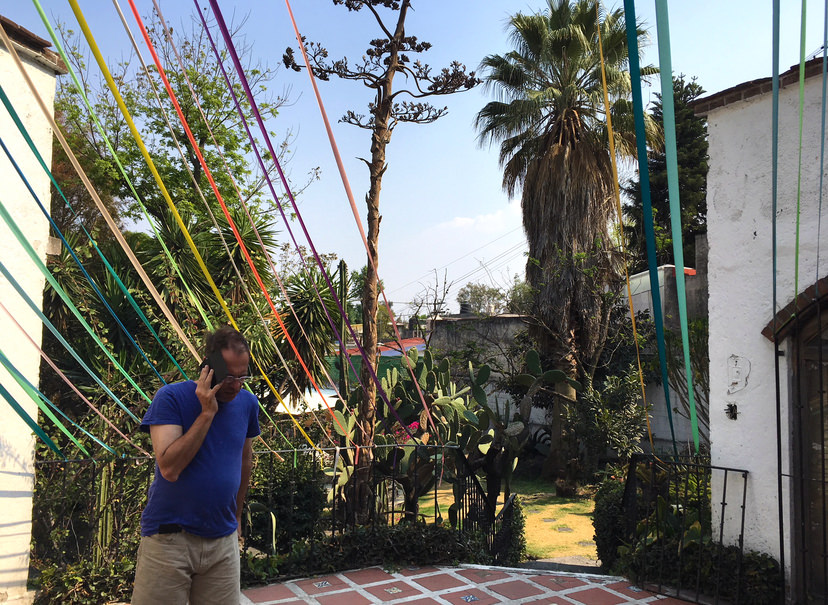 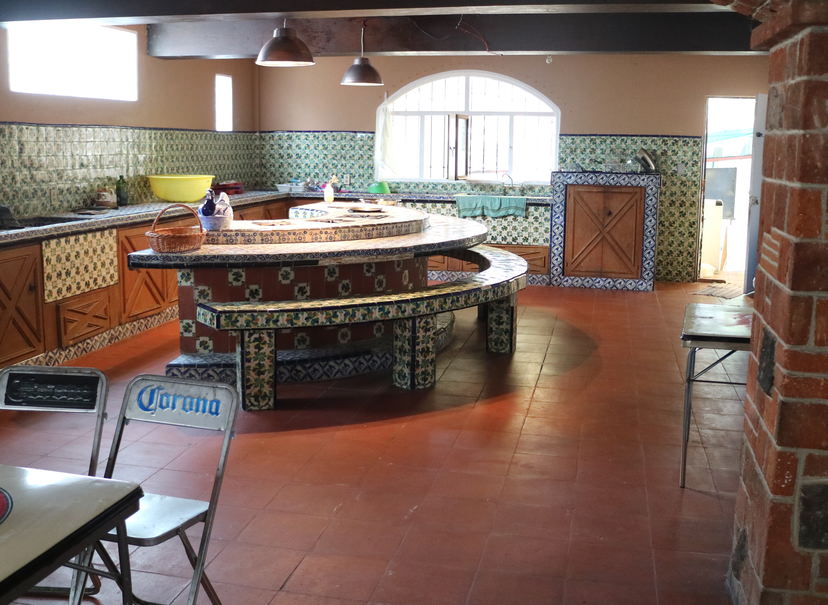 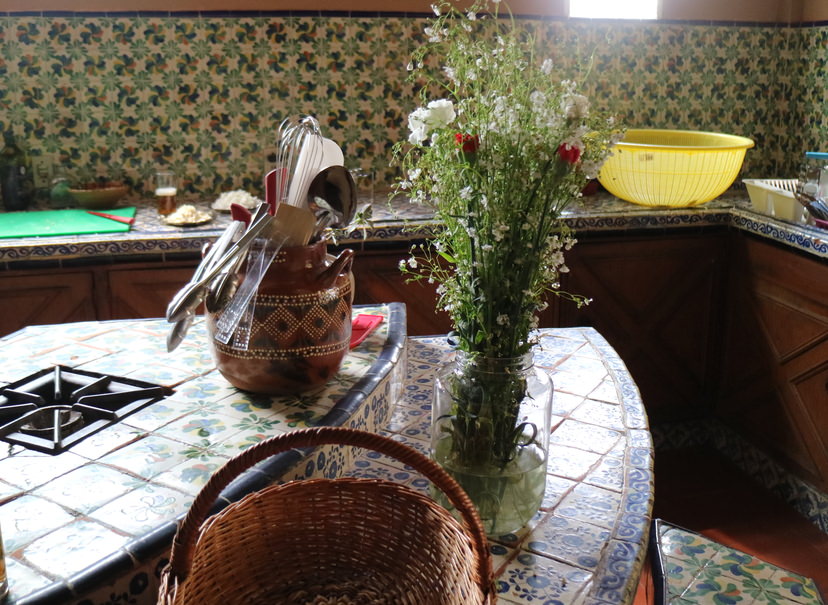 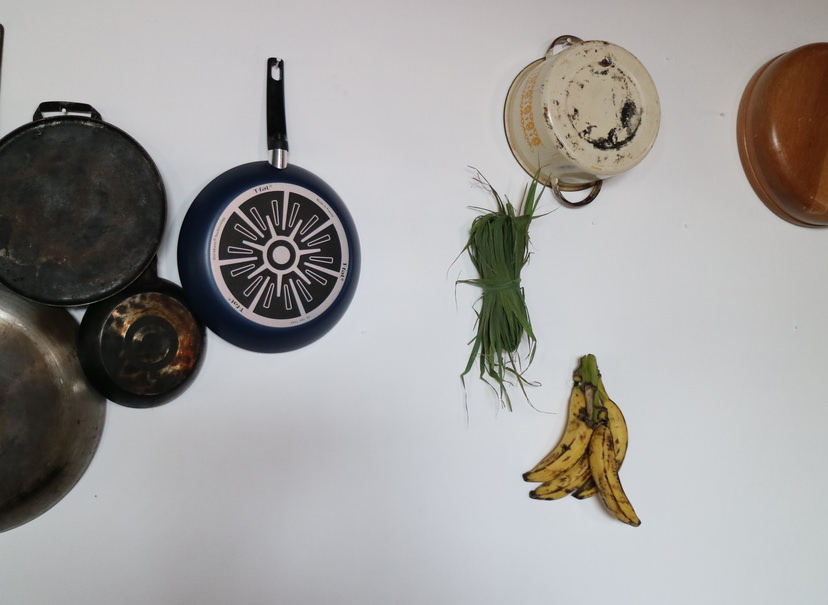 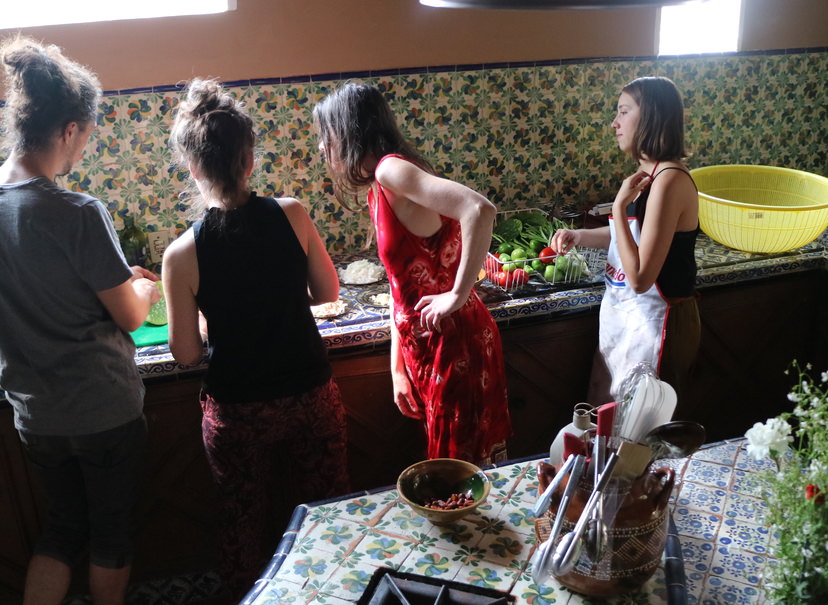 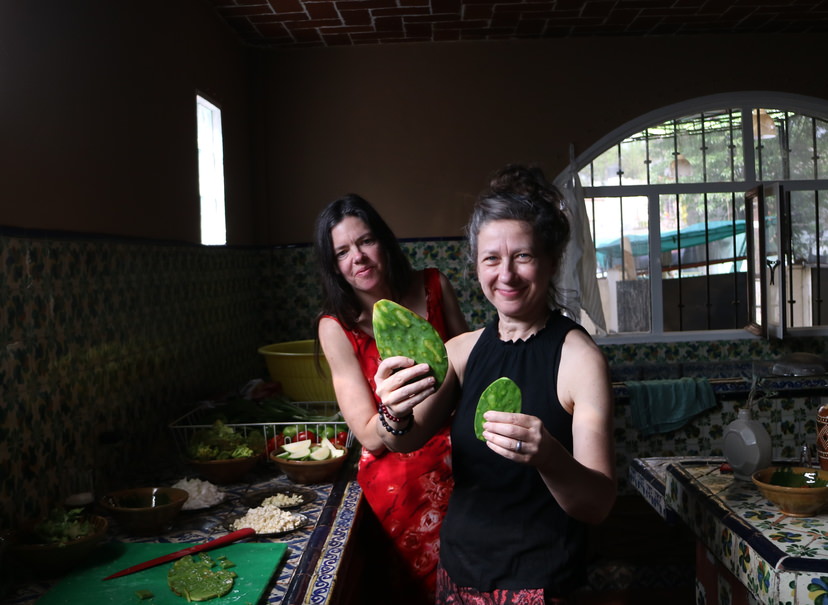 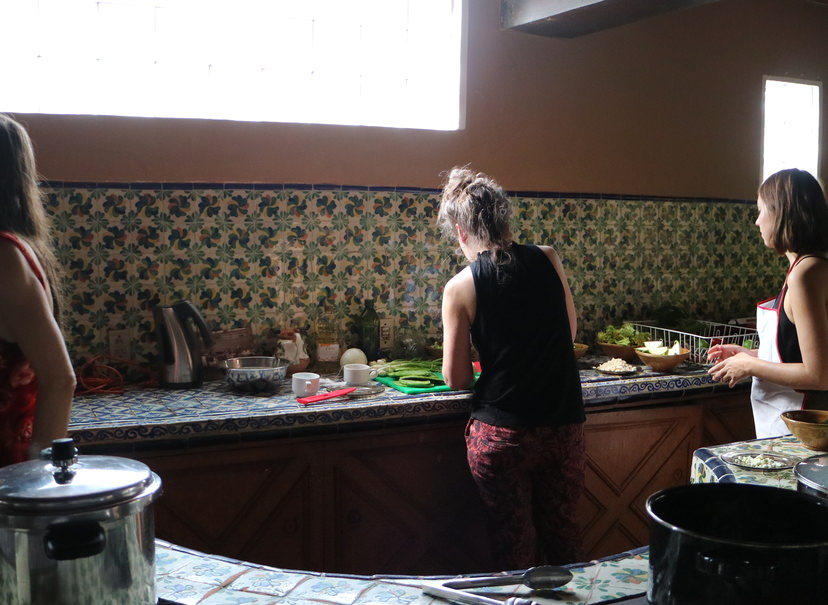 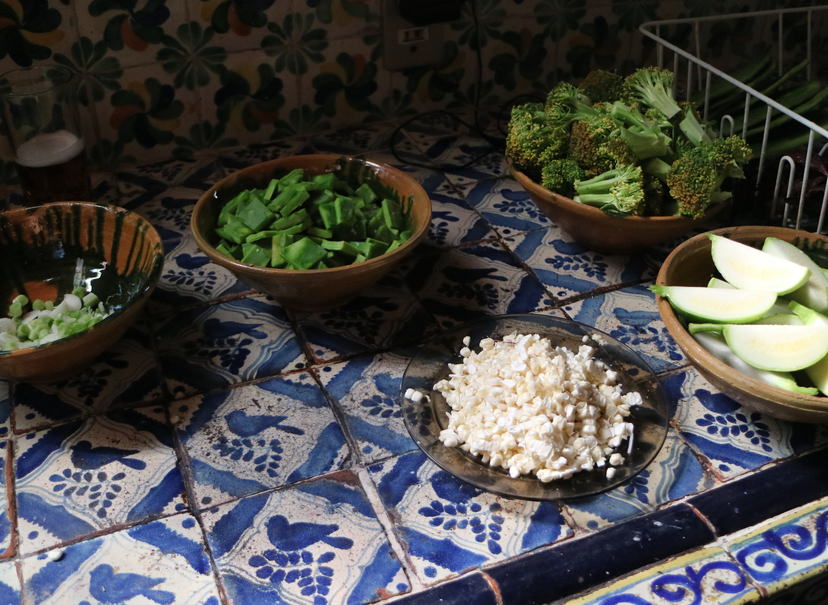 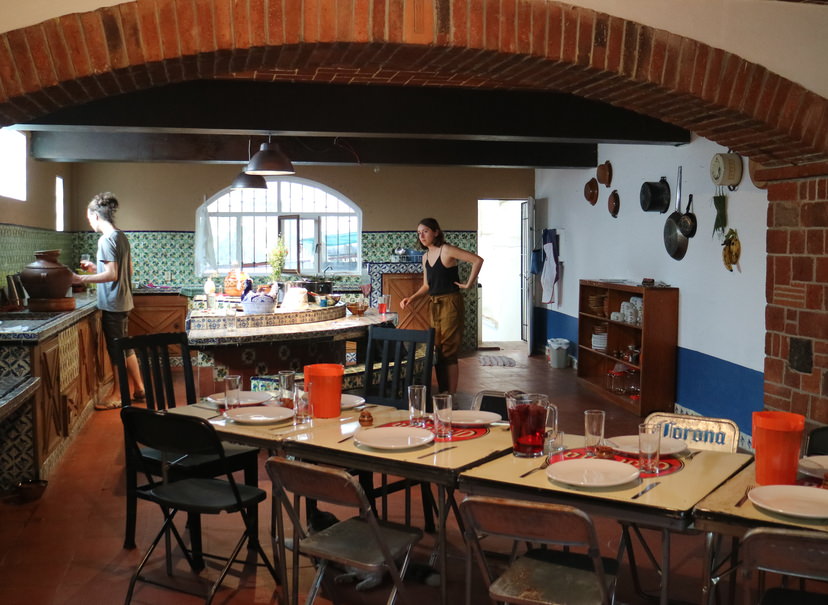 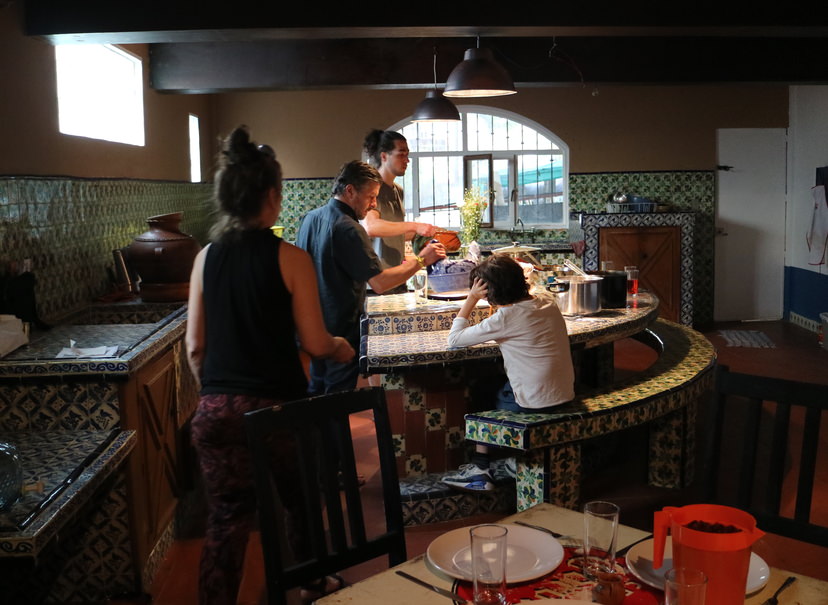 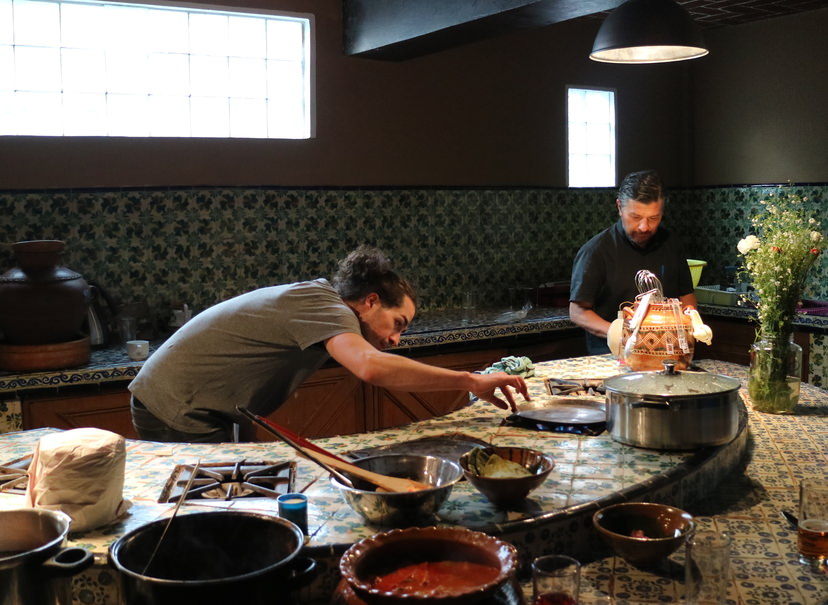 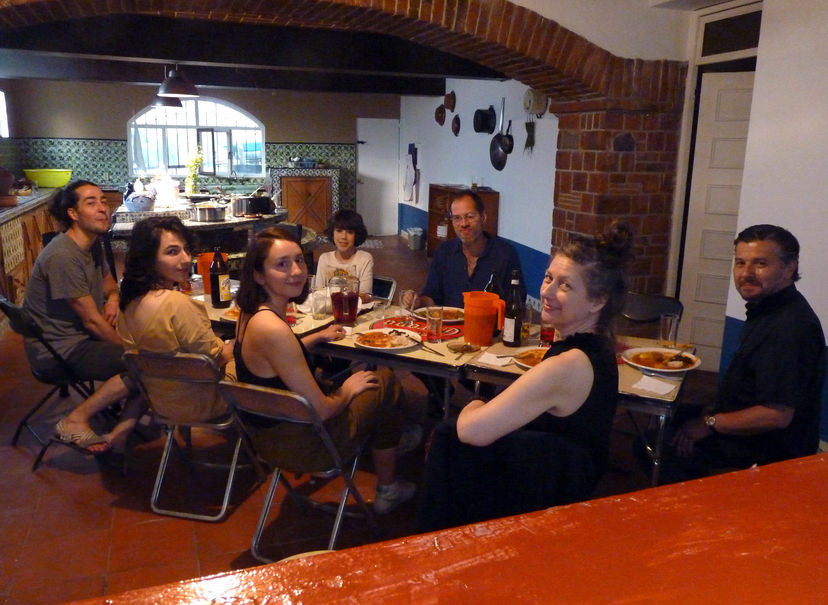 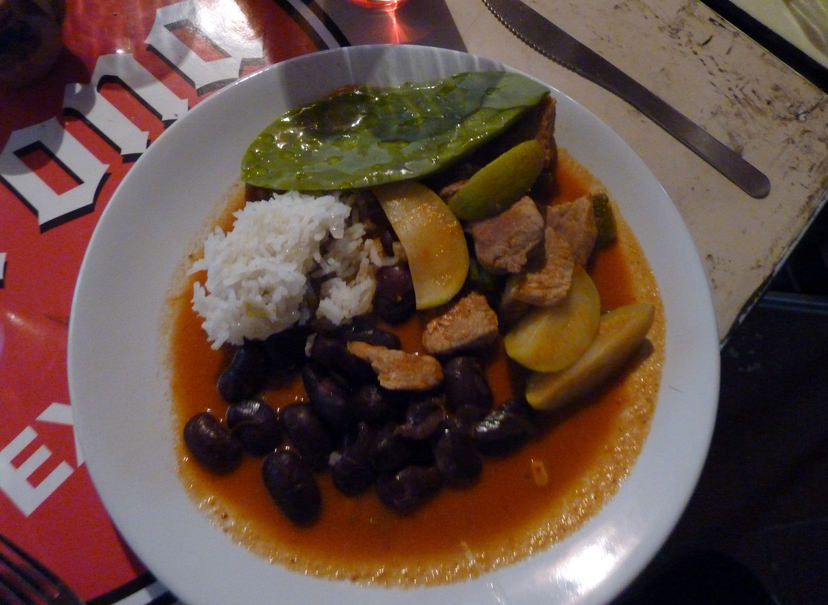 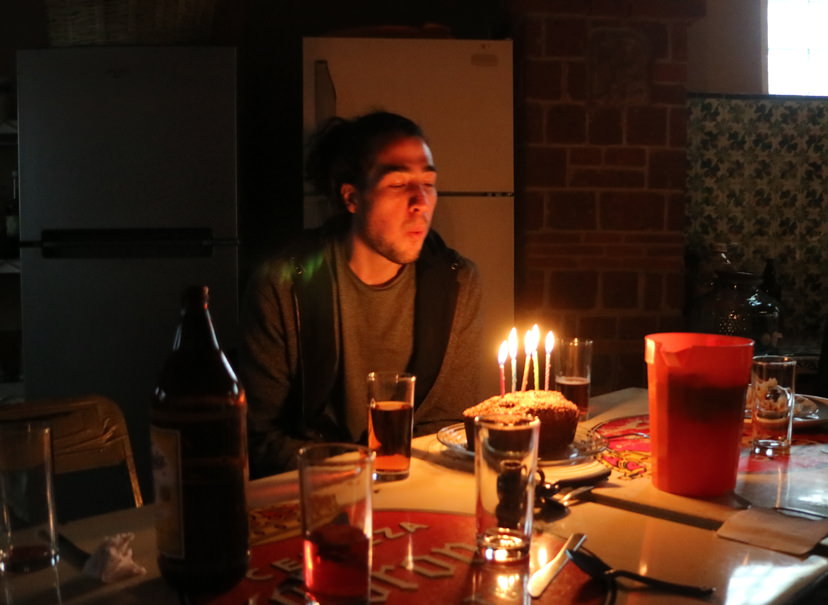 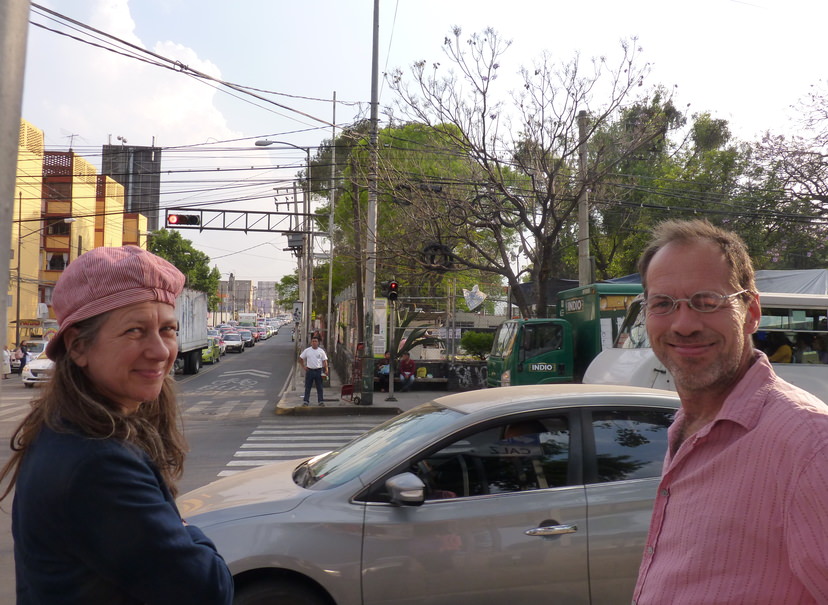 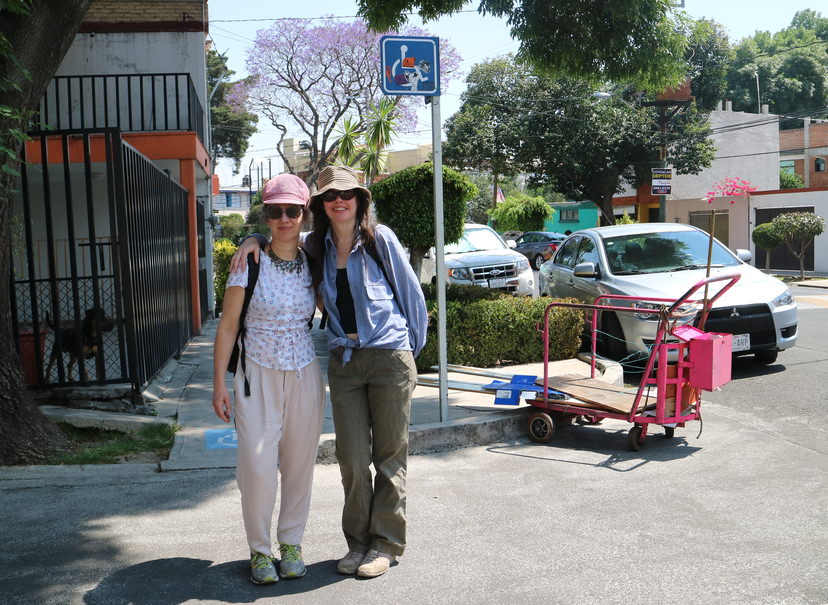 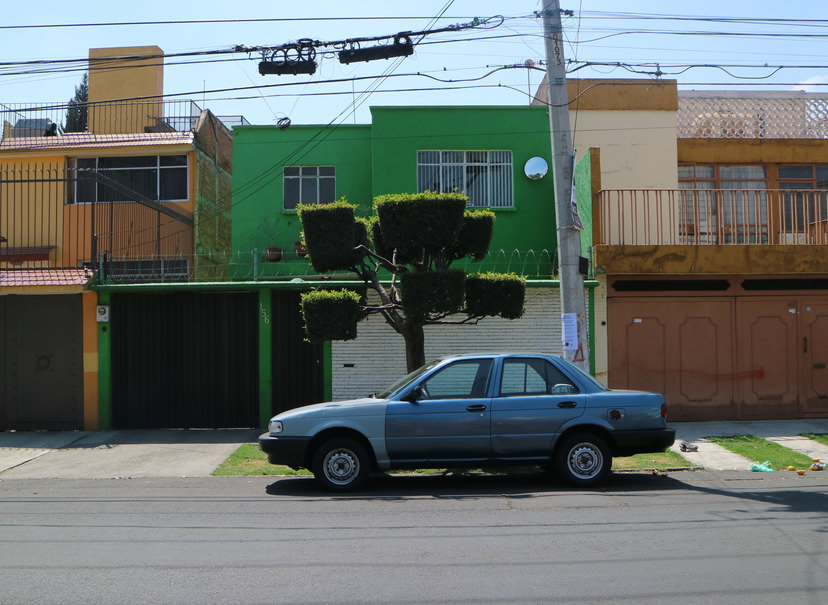 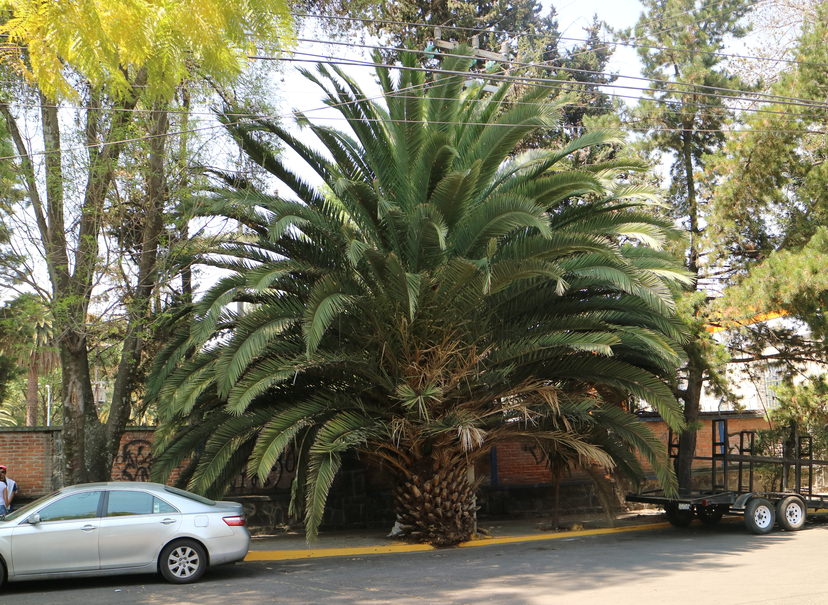 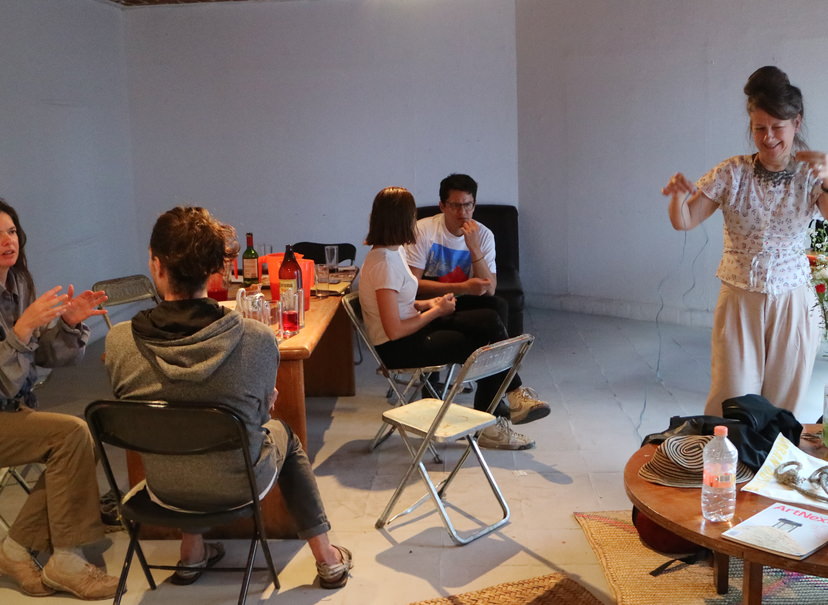 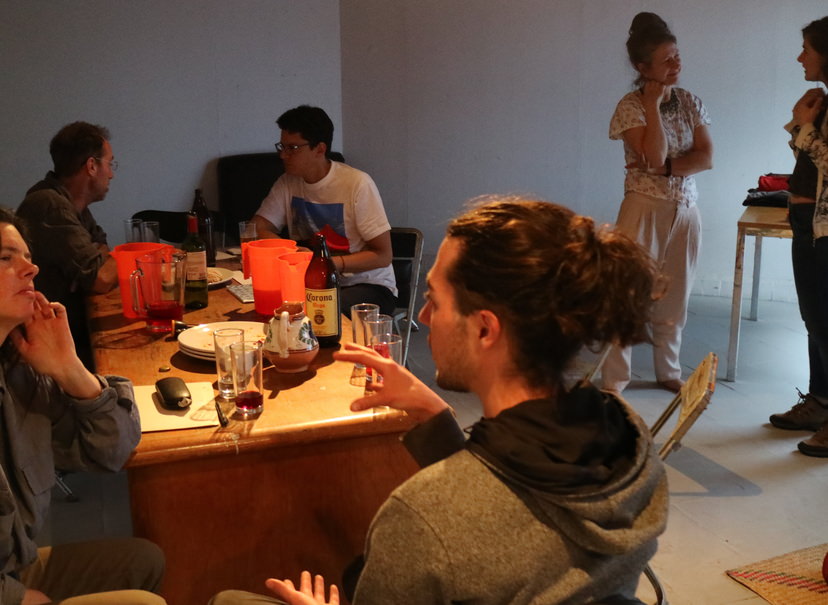 For 6 weeks, as part of a research and creation residency, Patrick Beaulieu, Sylvie Cotton, Nicole Fournier, Daniel Godínez Nivón and Lucía Hinojosa will create an original work designed for the public space or open to the participation of specific communities.

SATELLITE is a DARE-DARE initiative that aims to promote the mission of the artist-ru center beyond the Montreal area. Designed as laboratories abroad, these punctual adventures allow us to support the creation of unprecedented artistic interventions, to generate intercultural encounters and to create new networks; to contribute to the development of practice and reflection on it.

La Quiñonera is an emblematic space of the contemporary art scene of the eighties in Mexico City. The history of this space has been marked since its inception by its status of "nursery" for young creators and home of living art.

From that time, La Quiñonera is a landmark for many artists and thinkers who are now renowned figures of contemporary Mexican art. La Quiñonera appears at a key moment (1986) when Mexico still retained a closed, traditional and regional spirit and in which, as in any civilization, elements of questioning, criticism, change, evolution and transformation in the fields of creation, politics, aesthetics and social.

The Quiñonera is a unique link between two distinct periods in Mexico: the one before and the one after the free trade agreements (NAFTA). Musicians, film-makers, playwrights, actors, writers, visual artists, gallerists, critics, curators formed the spirit of La Quiñonera.

La Quiñonera is born of the -conjonctural and social- necessity shared by the young Mexican creators. It first took shape as an alternative project for artistic creation and later welcomed new cohorts of emerging artists from all disciplines. The continuum of experiences lived in this place of creation by these various generations, has made the mark and eloquently represents his spirit.

In 2010, La Quiñonera is legally constituted as a civil association. From then on, the center relaunches a program of exhibition projects with, as artistic direction, three premises that the center considers as bases and objectives: to recognize change; cleanse and heal the concept of power and property as the only model of civilization and, accept death. All the projects set up in La Quiñonera reflect and challenge the contemporary world, paying attention to the current crisis of the status of the human being. Its programming is motivated by the urgent need to formulate new paradigms, which take into account history and cultures, the intimate and the global, even the material and the immaterial.

DARE-DARE and La Quiñonera share many aspirations about the future of art, and its relationship to society. This common interest in research and experimentation, interdisciplinarity, risk-taking and the enhancement of the diversity of practices and modes of dissemination clearly predestined us for this partnership.

Patrick Beaulieu is a multidisciplinary artist, who is sensitive to the relationship between man and the elusive forces that surround him. He dwells on the space between things and beyond things. His work give rise to a body of visual art combining sculptures, installations, videos, photographs and interventions in situ / in socius. For the past 12 years, his work has been taken shape through the experiences of journeys and encounters, during a series of performative trajectories across North America. Using the collaboration of authors, philosophers and landscape architects, in 2013 he completed a trilogy of cross-border odysseys that consisted of following, overland, the aerial trajectory of the annual migration of monarch butterflies (Vector Monarca, 2007). , to continue for 25 days the winds of America in a kind of continental navigation (Ventury, 2010) and to surrender to destiny and luck on the paths of chance (Vegas, 2012). In the summer of 2014, he embarked on a slow continental drift by kayak, crisscrossing the meanders that led him from the source of a river in southern Quebec, to the Atlantic Ocean at the mouth of the Hudson River. New York. Sailing with the subtle rhythm of the currents over 25 days, he captured in image these points of confluences, where landscapes and human encounters generate poetry (Méandre, 2014).

Sylvie Cotton is an interdisciplinary artist, living in Montreal, Quebec. Her research, begun in 1997, is linked to the practices of performance, action art, drawing and writing; although she also regularly uses installation for the exhibition of her projects. An essential quality of her work is about being open to situations leading to the establishment of a relationship with the other or an infiltration into the world of the other. The artist is inspired by ordinary, tragic or magical situations that life offers and bringing this into art, quite simply. Mainly, her work exists in “in situ” and “in spiritu” in private or public places, and the results are presented in galleries and festivals or are deployed outside the walls in other types of public spaces (examples: street, elevator, park or restaurant). Since 2002, the artist has been involved in many actions where she has sought to "mix" other people's bodies to hers, in particular by reproducing on her skin the tattoos of all the spectators of a festival, by consuming the public's hand-washing water, or by copying on paper the moles of the faces of all the people crossed during an event and by transferring them on his own. So many situations that provoke an encounter, a conversation, a drawing, a trace.

Nicole Fournier is an interdisciplinary artist with her origins in Quebec and West Indies. Since 1996, she has been developing an urban farming approach based on eco-responsibility from which her entire artistic practice is articulated. Her art, which combines activist, civic and ecological concerns, takes shape from agricultural gestures such as planting, harvesting, preparing or composting. She works to be creative with these gestures, incorporating slowness and non-actions, giving more place to the plants as performers and having them decide where they grow. Through a practice of mediation and performative actions, drawings made of organic medium, participatory projects with diverses community contexts and kitchen-dining-room (with plants and vegetables) that she calls "Live Dining”.  Her actions and non-actions facilitate the development of ecosystems resulting from an awareness-raising approach to biodiversity, which is often ignored. Fournier holds a graduate degree in Environment from McGill University and a Bachelor's degree in Visual Arts from Concordia University. In 2011, Linda Weintraub, curator and theoretician of New York contemporary art, refers to her pioneering approach in her book To Life! Eco Art in Pursuit of a Sustainable Planet, published by University of California Press.

Daniel Godínez Nivón is a multimedia artist based in Mexico City. Originally from Oaxaca, Godínez Nivón grew up in the Mexican state of Chiapas. He studied visual arts at the National Academy of Fine Arts (ENAP UNAM). Godínez Nivón has presented solo exhibitions at the Tlatelolco Cultural Center and the Ex Teresa Contemporary Art Center in Mexico and group exhibitions at the Museum of Contemporary Art (MUAC). Godínez Nivón won FONCA's prestigious Jovenes Creadores Award for his project Asamblea, a polyphonic and participatory musical work involving members of the Oaxaca Philharmonic Orchestra and a group of young musicians from the Mexico City Indigenous Philharmonic Youth Band. Following the concert, an assembly discussion generated a transcript of this dialogue, which will be interpreted as scores for a sound improvisation that was presented during a current art exhibition. This work has been presented in part at the Galerie de la Raza, in the experimental sound section. Godínez Nivón studies the relationship between art and life through Tequio, a traditional form of collective decision-making. Many of his artistic projects reflect on notions of transmission, pedagogy, memory, genealogy and the perpetuation of cultural rites.

Lucía Hinojosa is a multidisciplinary artist who practices writing, video, installation and mixed mediums (collage, painting, engraving). Lucía Hinojosa feeds her practice from a sociological perspective, using video, installation and collage to analyze issues related to identity, politics and perception. Her films blend diverse traditions, using typical documentary aspects that she mixes with performative actions and selected archive extracts. His collages also use found images, exploring their poetic and political ramifications by inviting the viewer to contemplate them through his choice of subjects. She has a degree in visual studies and criticism from the School of Visual Arts in New York. His work has been exhibited internationally. His critical essays have been published in newspapers such as Brooklyn Rail and Gnome magazine. In 2012, she co-founded the diSONARE magazine, a bilingual art publication focusing on fiction, poetry and visual arts. She lives and works in Mexico City and New York.

DARE-DARE would like to warmly thank the institutions and individuals who contributed to the realization of this exceptional project. Special thanks to the jury members who have put their trust in this project.