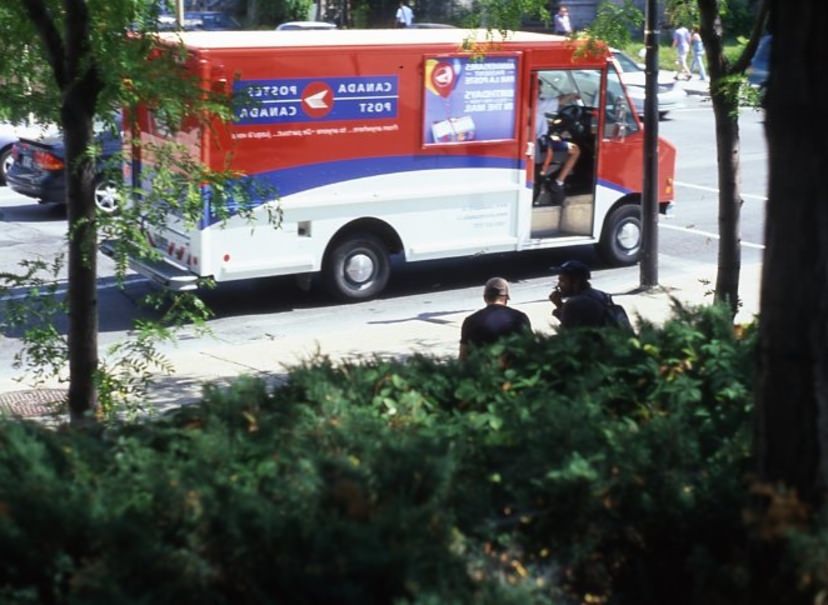 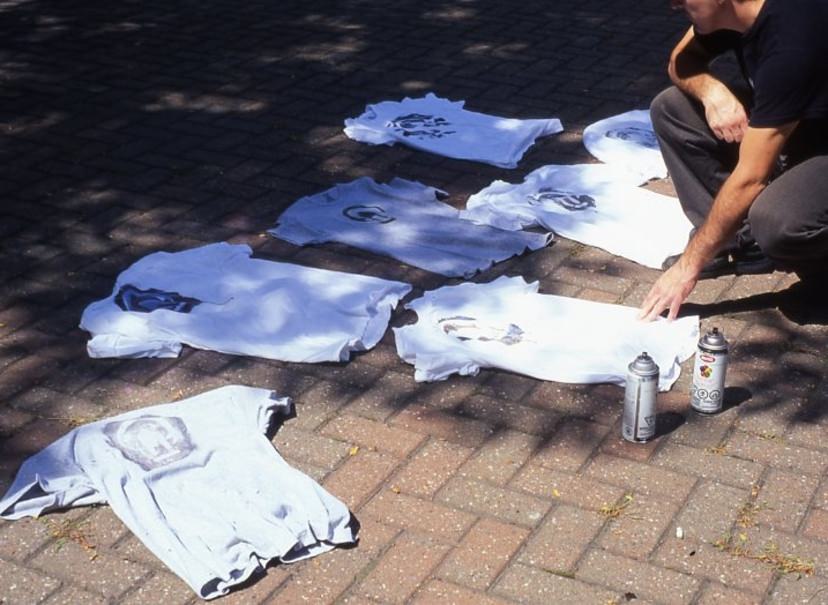 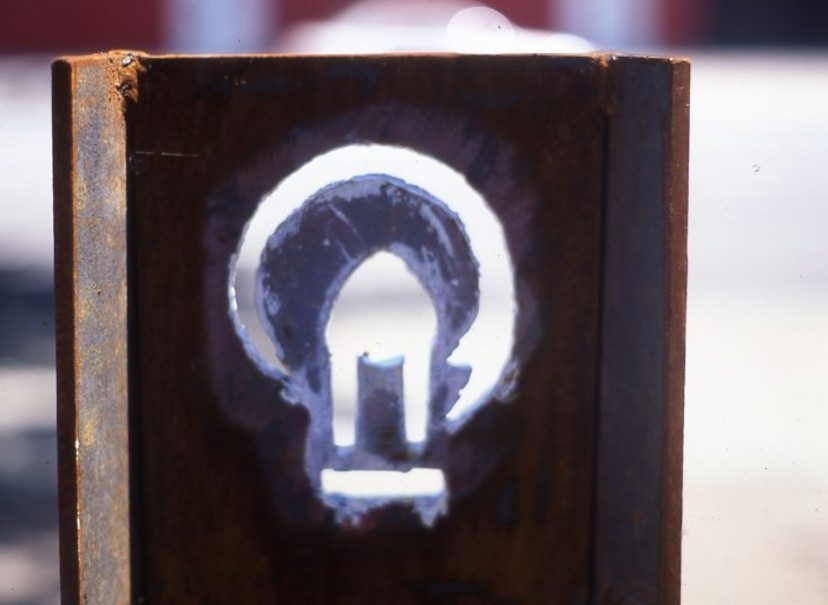 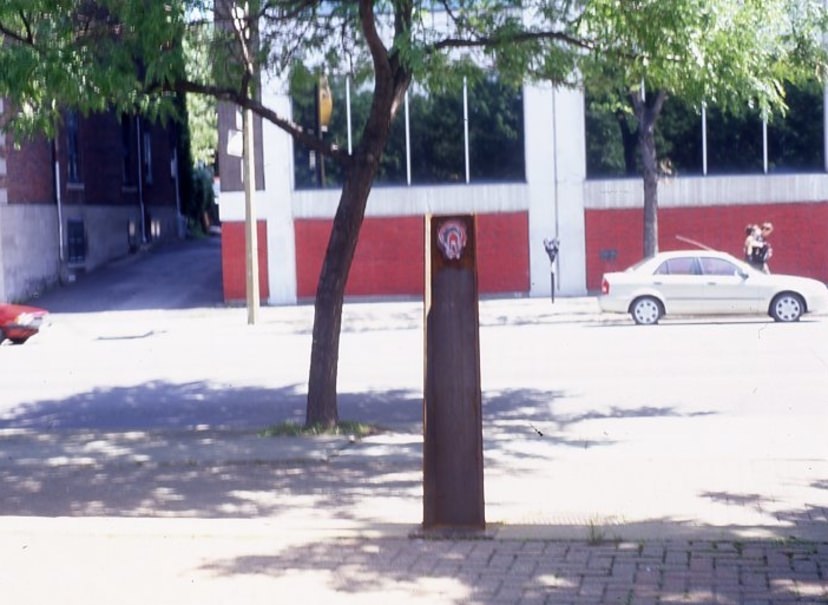 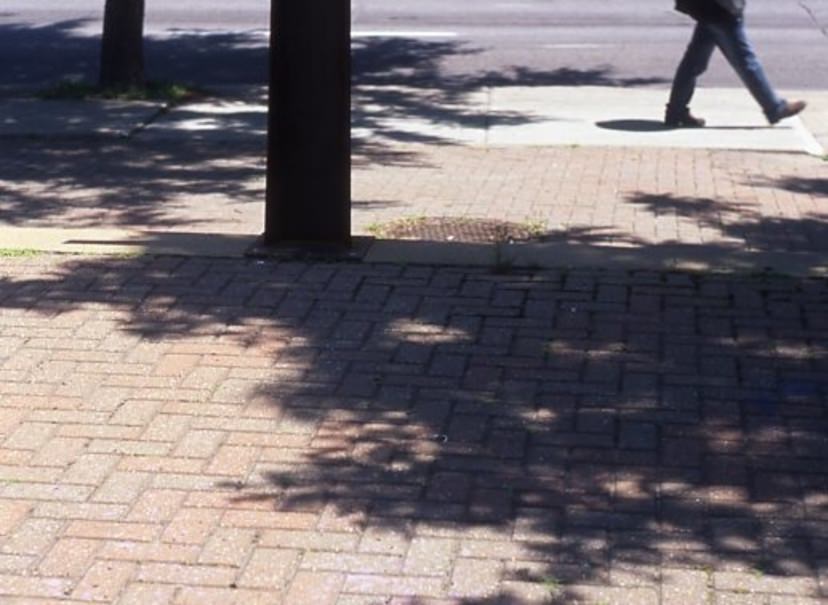 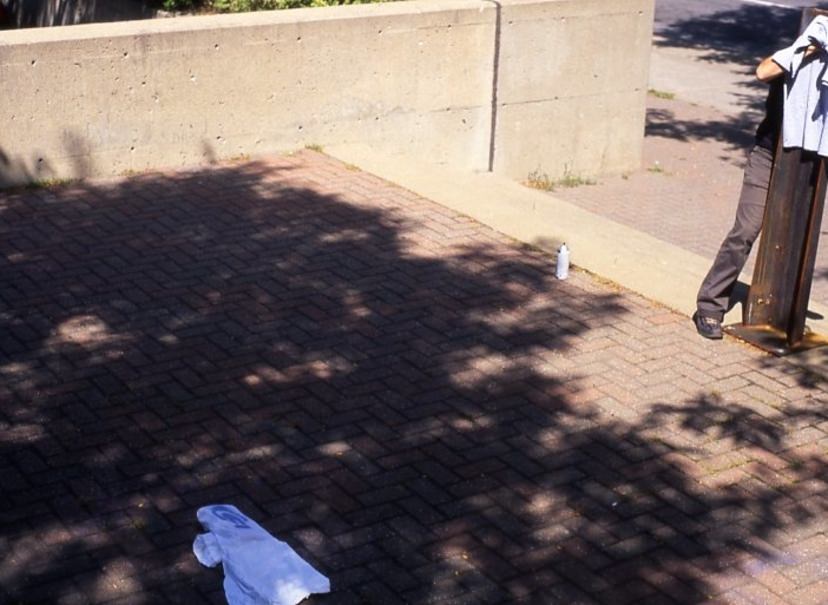 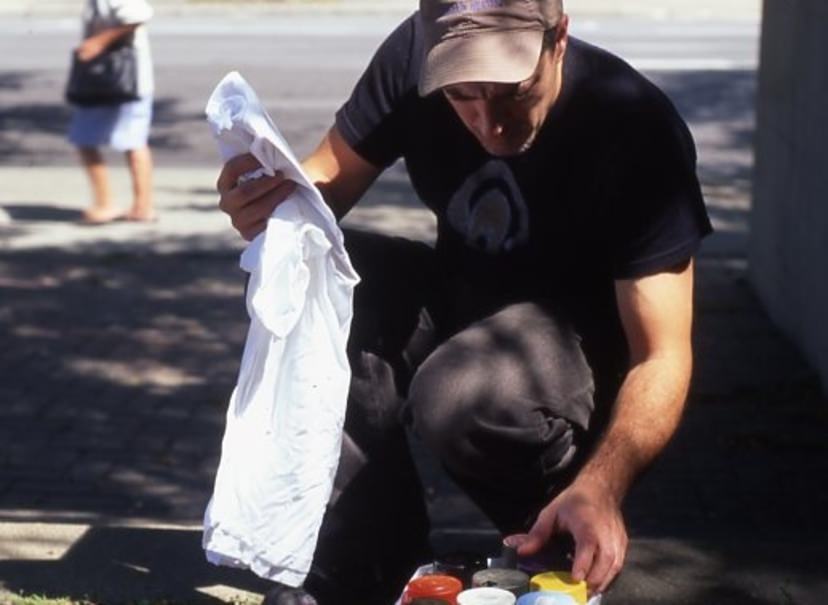 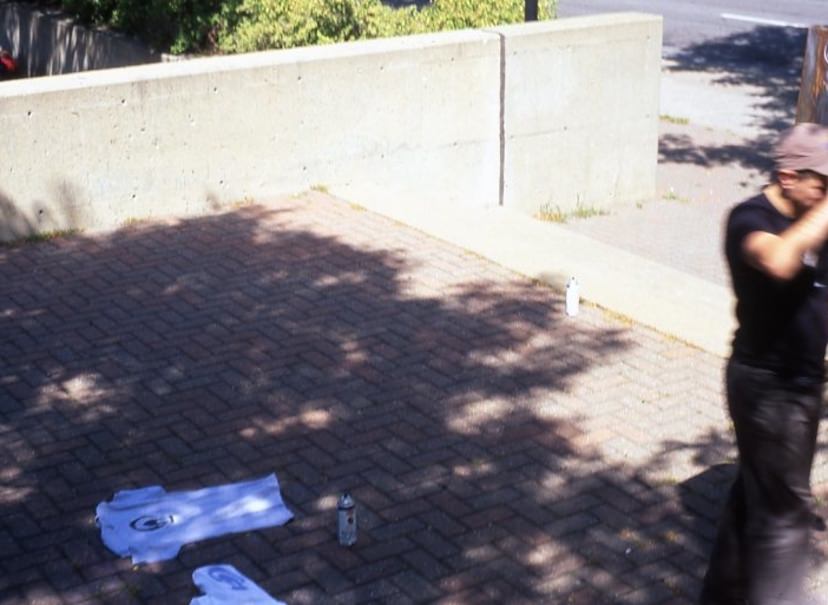 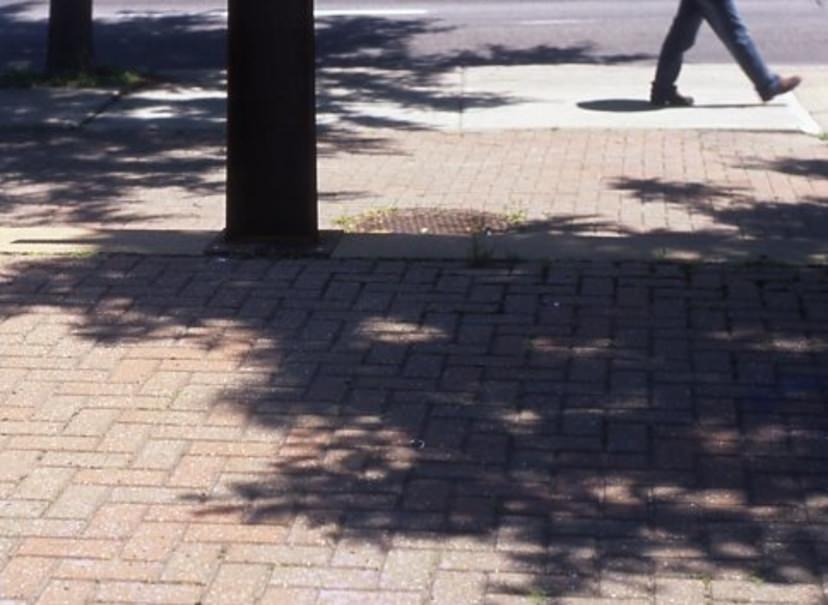 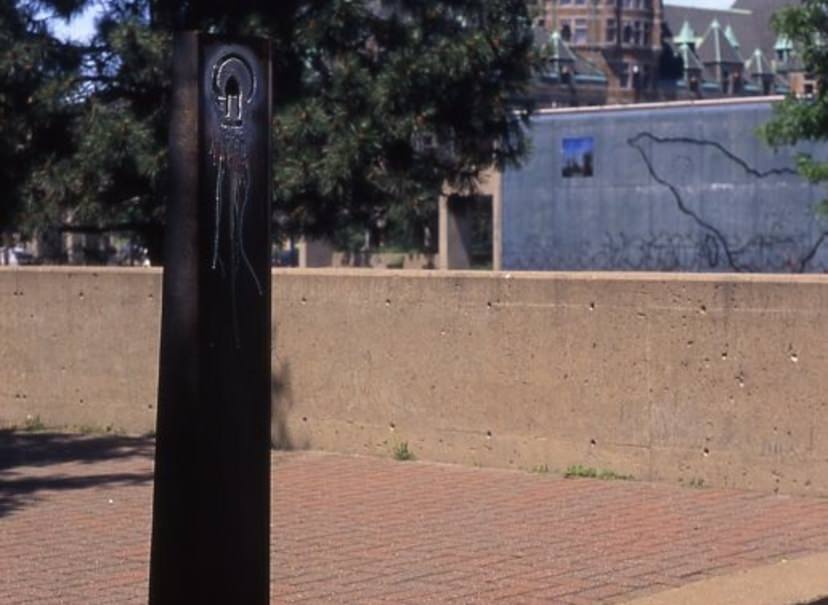 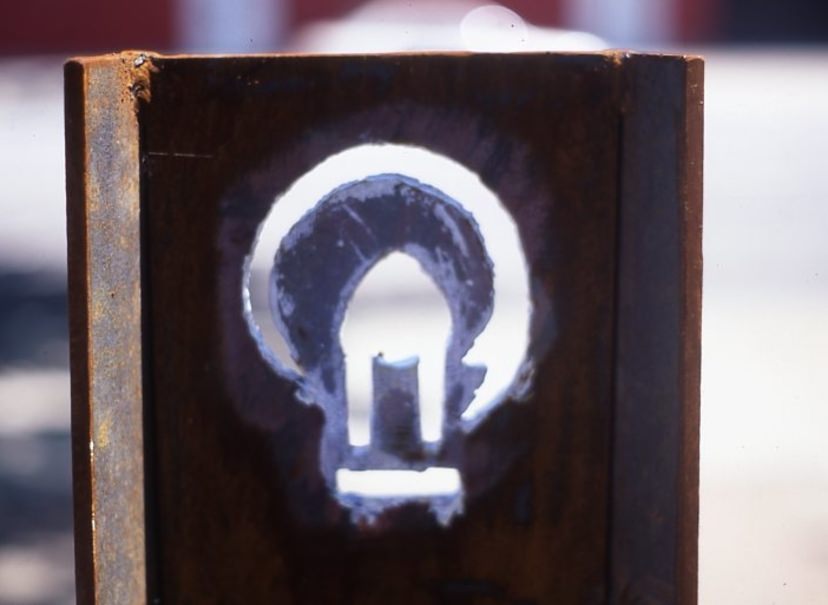 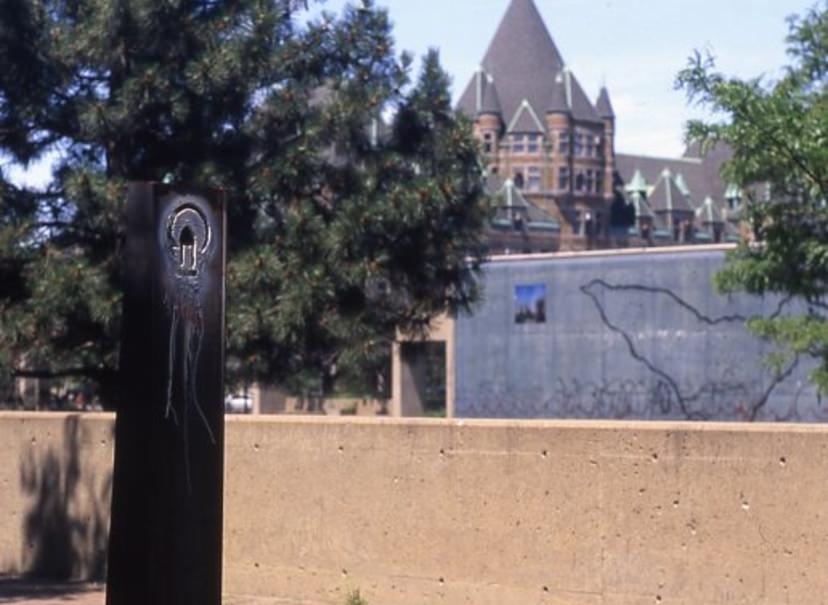 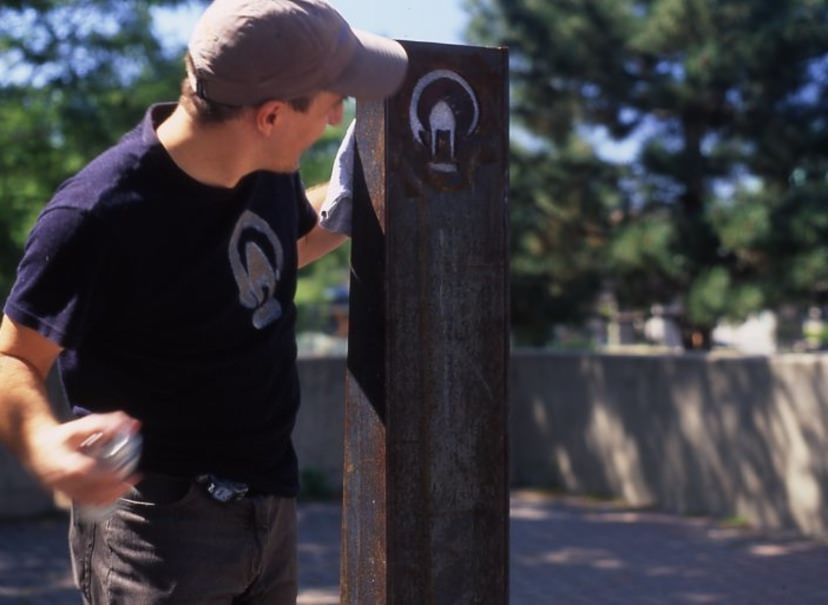 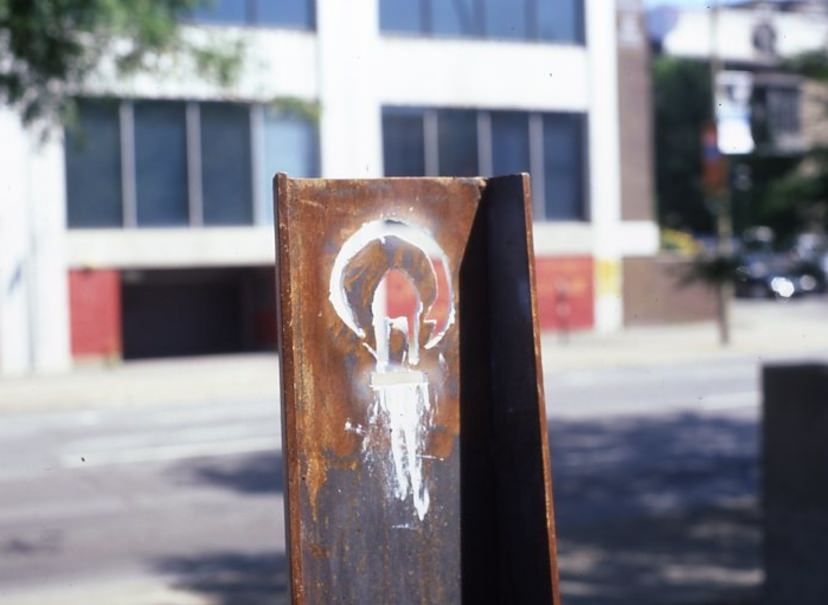 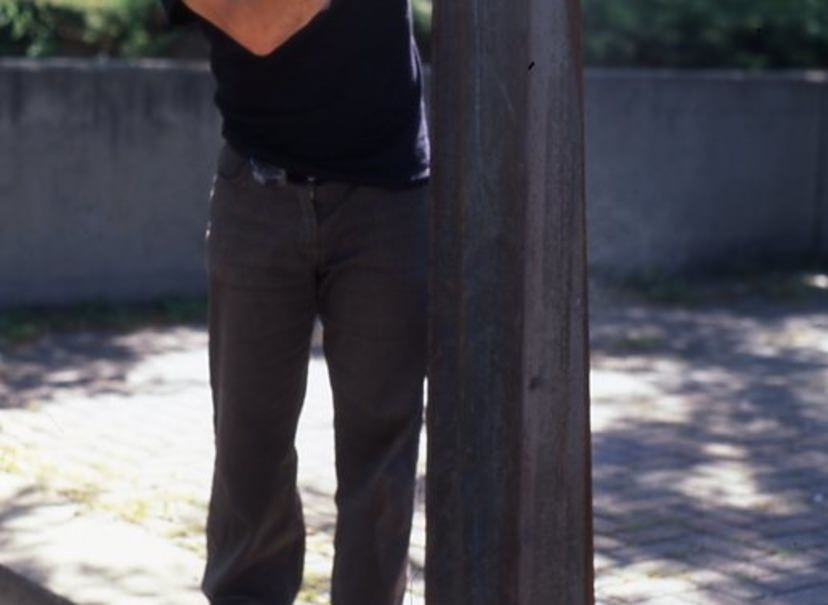 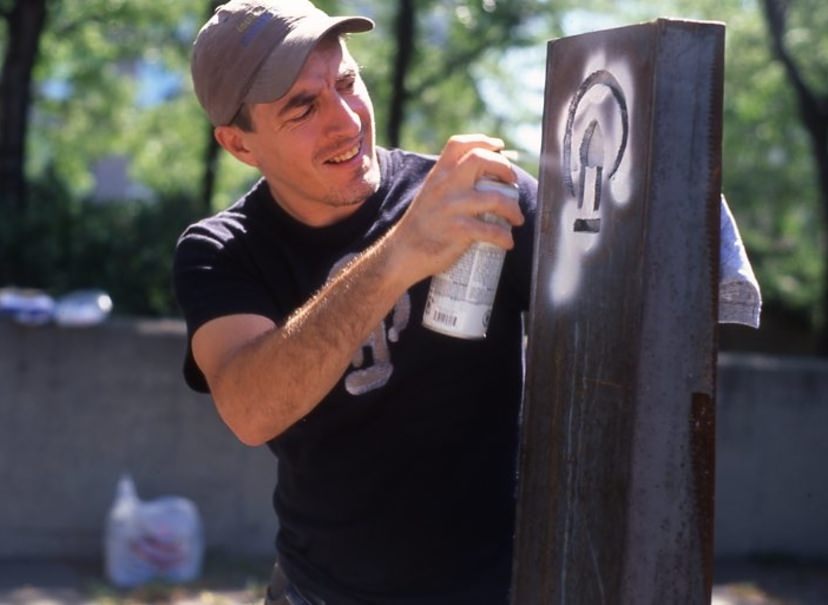 Research in the community

You are invited to a very special research in the heart of the Center-Sud district of Montreal. Le soldat inconnu is a project that has emerged from an important moment in my life and from a find in my family roots.

Le soldat inconnu, as a project, is a strange thing for me. Such uncertainty characterizes this project, especially as to my role in this story. To carry out the project, I needed landmarks, an inking point. Moreover, it seemed to me important to emphasize the presence of my uncle and others who, like him, animated the district before sinking into oblivion; these marginal people more or less brilliant who live on the streets of Montreal. Viger square play a high role of this reality, the reopening of the park coinciding with the death of my uncle.

It was necessary to do something in respect of his soul. Commemoration is a difficult exercise. The idea then came to me to make a monument that would serve as a graffiti stencil, a kind of rebellious monument. I had to choose an image. My choice is based on a Jean Boucher motif that appears in one of his drawings accompanied by his words that seems to describe it, " Le serpent lové autour de ma masculinité métaphorique ". This is probably the decisive element that made me choose this symbol. The personal pronoun "ma" connects it to him.

This symbol also appears a few times in the works of Jean Boucher. It seems related to desire, especially to sexual desire, to faith eros and thanatos. I chose this motif in his work for its recurrence, originality, efficiency and to my knowledge this motif is not borrowed from others as it is the case for several signs that inhabit his drawings and paintings. This last reason is also interesting because it seems to change meaning according to the context in which it is found. Sometimes introspective, sometimes aggressive, it appeared to me as an attribute of my uncle, something that certainly represents him.

In the summer of 2003, when my maternal grandmother died, I bought her house in Gatineau. It is in this house that my mother was raised, as well as all her brothers and sisters. It's the only house I've ever been to. This gesture surprised me, as if suddenly and naturally I continued the family tradition. The filial spirit is not very present in my family and even less at home, it seemed to me. I've always been a little out of my family. My choice to become an artist always seemed for me contrary to the environment from which I come, so much that I often wondered where I got this passion, this will. Even if my search for independence was satisfied with the misunderstanding of my family, a need for root, continuity with my blood was struggling in spite of myself. This link, I found it in some character traits, some eccentricities of my family members. When I was younger, I went to law school, following the family tradition, before dropping everything for visual arts. Secretly I would have liked to carry the genius of one of my ancestors. This filial need surely explains in part my decision to buy this house.

A typical inheritance conflict left me alone to clean the house once emptied of the few valuables it contained. An incredible mess of fifty years of accumulation awaited me.

This is in this jumble that I made the discovery. A portfolio and some boxes containing objects that belonged to my uncle Jean Boucher. I did not really know Jean, I was only thirteen when he died. At that time, it was already a long time ago that he was no longer seen at family reunions. He was a taboo subject in the family, so I had never been interested in him. A bum wandering in Montreal seemed to sum up this missing uncle. His suicide in 1984 only amplified the general silence. What was then my surprise to find in the house several paintings and drawings by his hand and a correspondence with my grandmother.

My questions about the meaning of my roots found an outlet in the discovery of this precursor in art. I quickly went through the correspondence. I analyzed the drawings, the paintings and the few objects left. Then came the idea of following in his footsteps, looking for places where he lived, trying to understand the environment in which he evolved. And quietly the crazy hope that I will meet maybe someone who knew the artist, rather than the uncle.

For me the question is simple, but frightening: do I have any links whatsoever with this stranger with whom I share my blood? Is there an inheritance? This inheritance that I wish and reject all at once.

Jean Boucher lived in Montreal between 1977 and 1984 before committing suicide. His work shows a certain marginality still alive today in the neighborhood. I'm looking for people who knew the neighborhood, the punk scene or, who knows, Jean himself during those years. This research will allow me to paint a portrait of the time to better contextualize and understand his work.

The project begins with an opening during which will be presented a monument incorporating one of the recurring motifs of his work, as well as some documents found at my grandmother's house. The research will continue until fall with an update of my research on the DARE-DARE website and on a bulletin board in Viger Square.

Graduate of the University of Quebec in Outaouais since 1998, Thomas Grondin (Gatineau) has participated in several solo and group exhibitions in Quebec and Ontario, as well as curatorial projects. He recently presented Paradoxe d'aménagement (real estate project) at the Action Art Actuel Center in St-Jean-sur-le-Richelieu. Involved in the arts community, he sat on the board of directors of several artist centers and is currently president of the 3e Imperial in Granby. He is also an educator/guide at the National Gallery of Canada.