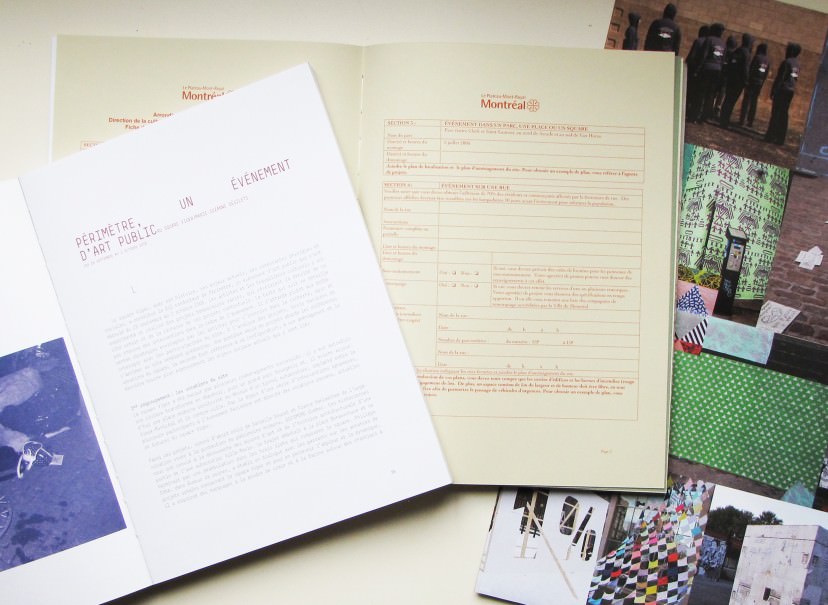 The publication SATELLITE retraces the first trajectories of a program of cross-border artistic explorations initiated in 2011, outside our Montreal territory. More than a retrospective visual panorama and a presentation of ephemeral works produced in three very different urban contexts (Detroit, Tijuana, Mexico City), the book proposes a series of recent observations in which the artists involved and their allied hosts revive deep memories, trace the paths of thought and experience, reveal the traces left in their creative practices and intellectual reflection, and even reveal the repercussions on their career or artistic mission. 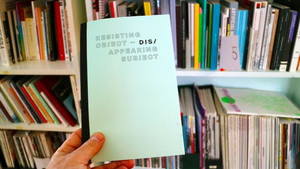 The booklet gathers, in the form of a publication, the documentation produced by 5 witnesses invited by the artist Valérie Perron to a series of 5 long term performances. RESISTING OBJECT - DIS/APPEARING SUBJECT was presented in October 2018 in the space of the HALTE, the documentation center of DARE-DARE. Closed for the occasion by a glass case - suggesting a jar, an object of study - the artist instituted the following loop there:

1. Take over the space for five hours;

3. Propose a new five-hour performance based on this new translation;

4. Repeat the operation five times, one performance every five days.

The event ODYSSÉE (2004-2014) was presented by DARE-DARE center de diffusion d'art multidisciplinaire de Montréal in collaboration with the Collectif N. & M. (Nadège Grebmeier Forget and Manon Tourigny), on September 12, 2015. The publication DARE-DARE ODYSSÉE (2004-2014) is the witness of this day of festivities and presents the result of research conducted by Manon Tourigny to retrace the history and issues experienced by the Centre during the first decade of the urban articulation project DIS/LOCATION.

Le Noroît is pleased to partner with the Centre de diffusion d'art multidisciplinaire Dare-Dare to celebrate five years of public writings on its illuminated sign. This book offers all of the poems that were disseminated between 2012 and 2017 in the very heart of the Quartier des spectacles on Saint-Laurent Street in Montreal. This book, presented by Sherry Simon, provides a look at the poem in situ in the city.

This book examines the last three locations where the DARE-DARE mobile shelter was moored, namely Cabot Square (2008-2009), Walter-Stewart Park (2009-2012) and the Quartier des spectacles (2012-2015), and offers reflections by five authors on the various realities of artistic practices in public space: (in)visibility, anti-spectacle, and the instrumentalization of art for the benefit of politics. The publication exists in French and English.

Martin Dufrasne, artistic coordinator at DARE-DARE, signs the preface and articulates the reflection underlying the Dis/location project and, more specifically, the thread that led to this publication.

Alain Deneault deals with the excesses of neo-liberalism and contemporary society's fascination with economics and management rhetoric with biting irony.

Julie Châteauvert, who was the community relations coordinator at DARE-DARE from 2007 to 2010, offers a first-hand account, recounting in flashes and outbursts of indignation the intense tensions that characterized the Centre's stay in Cabot Square.

Suzanne Paquet addresses the issue of invisibility and emptiness that characterized DARE-DARE's fourth mooring behind the JTI-MacDonald plant. She proposes the interesting notion of the blind spot to translate this zone and this moment of transition.

Edith Brunette continues her reflection on dominant forms of discourse and how they represent the world by observing cultural policies and their potentially insidious effects on the creative milieu.

Manon Tourigny examines how the off-site artistic practices of the artists selected by DARE-DARE while she was curator for the 2009, 2011 and 2013 editions of the VIVA! art action festival are articulated. 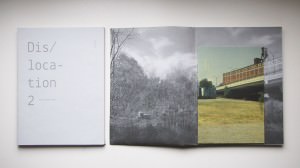 Under the theme "On fallibility and failure", this publication presents the experiences of the park without a name (2006-2008) and the projects put forward by DARE-DARE. They are revisited, highlighting the "laboratory" approach of the artist-run center.

Theorists, artists and members of DARE-DARE share their reflections on the infiltration of a contemporary art organization into a structure such as the City of Montreal, as well as the echoes of spatial practices in singular urban contexts elsewhere in the world. 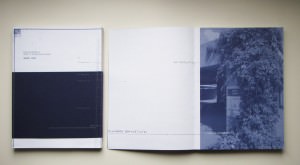 This book continues the reflection initiated by the members and collaborators of DARE-DARE with the first part of Dis/location: projet d'articulation urbaine, which led the center to move its offices in 2004 into a shelter temporarily installed in Viger Square until 2006. The book retraces the main milestones that led to the realization of this innovative initiative, shows the variety of artistic practices that were disseminated and the importance of the questions that arose from them.

For the authors of the publication - artists, architects, sociologists, journalists - Viger Square, a neuralgic place in the urban geography of Montreal, represents the starting point for a complex reflection on the links between art and public space, considered in their material and symbolic dimensions. The intervention of DARE-DARE and the projects of the artists in the program become an exceptional platform where the various theories and methods of analysis of the authors are articulated. In this sense, the book goes beyond the boundaries of Viger Square and the art world by questioning the relationship between art and social life.